Gettysburg’s Delawder lays down De-law on the mat, ranks #1 among females in nation

GETTYSBURG, Adams County — Since the second grade, not even knowing what wrestling was, Gettysburg junior wrestler Montana Delawder saw a flier that caugh... 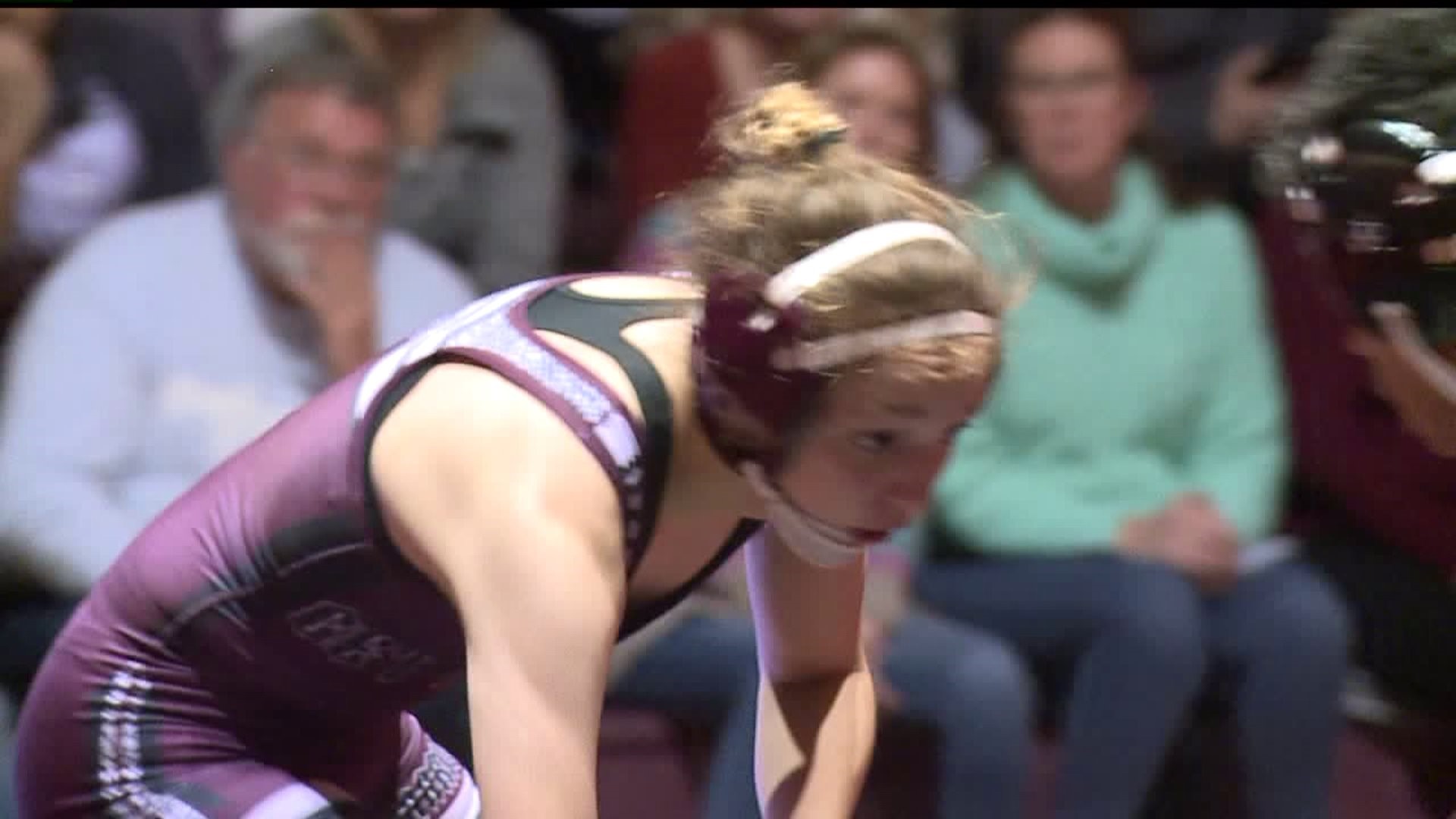 GETTYSBURG, Adams County -- Since the second grade, not even knowing what wrestling was, Gettysburg junior wrestler Montana Delawder saw a flier that caught her eye and brought it home to her parents.

She doesn't come from a background of wrestlers. At the time, her parents didn't even know if girls could wrestle. They took Montana to open gyms. That's where she fell in love with the sport.

Now, she's the top female wrestler in the nation in the 112-pound weight class.

“Montana is unique. We’ve said it for several years. She’s kind of the heart of the program because she is that emotional leader that get’s everyone excited and pumped up," said Chris Haines, Gettysburg wrestling head coach. “She doesn’t do anything different then anybody else. The way she treats people on and off the mat, she inspires them and motivates them.”

“Wrestling the guys makes you way tougher, I think, and makes me a lot better of a wrestler. I’ve been with them for so long, they’re like my family. We all go through the same thing. We all know what each other goes through so we all understand each other," she said.

But, Montana is one of a half a dozen girls on the Warriors team. A role model to some but to her, she’s just a competitor.