Fink sisters have uncommon bond on and off basketball court

DOVER, YORK COUNTY – It’s a common occurrence, siblings playing on the same high school sports team. The Fink sisters are members of Dover’s girls basketball team and they have developed an uncommon bond. FOX43’s Lori Snyder gives us their story in the video attached. 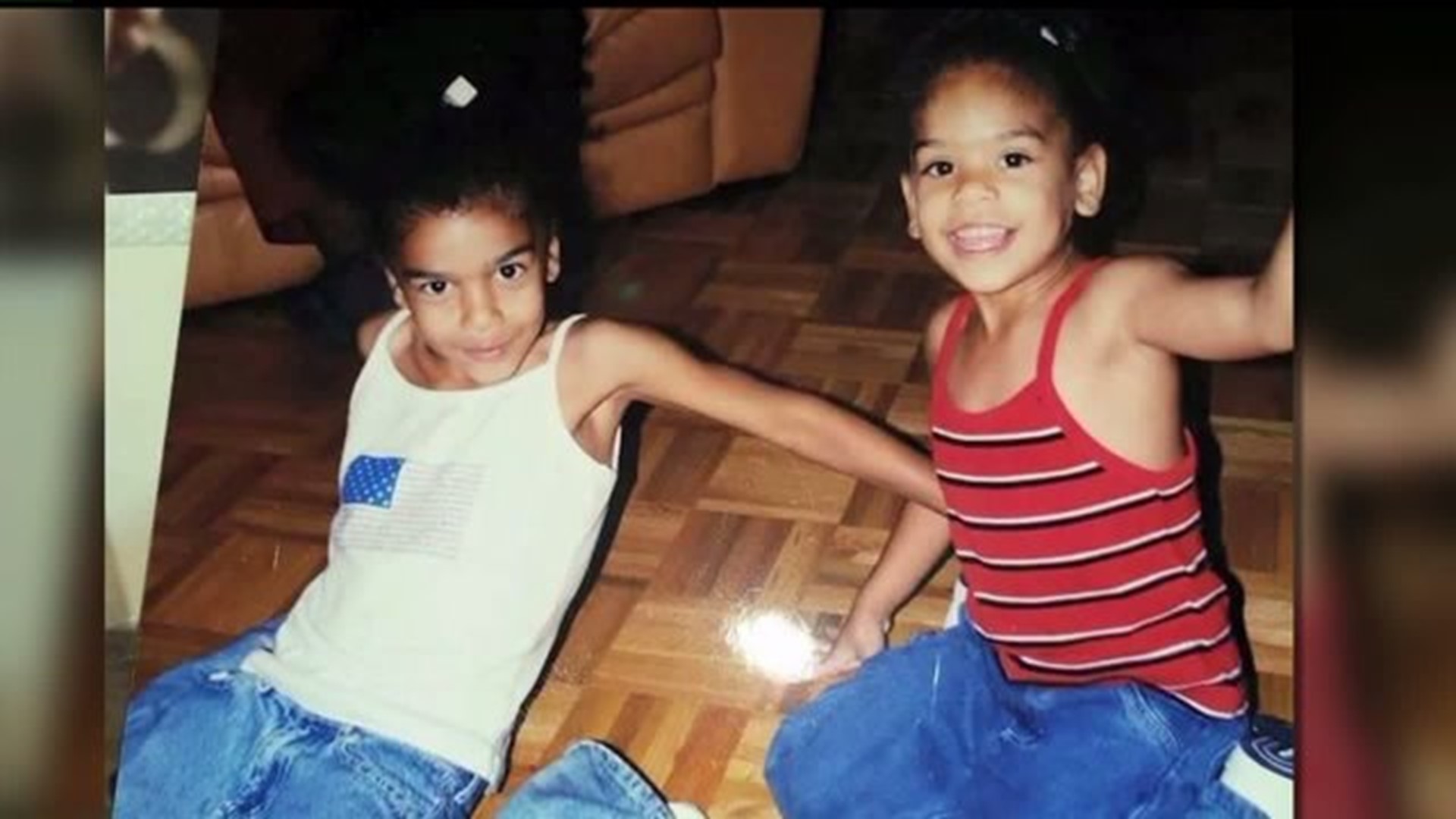 "I like socks with color on them," admits Rayah Fink, a senior for the Eagles. Junior Rajah Fink goes old school with her choice. "I have six pairs of Larry Bird socks," she confesses. For the most part, that's where the similarities end.

"Rajah is not afraid of contact, Rayah is more of a slasher," explains Dover Head Coach Kevin Glover.

Both sisters are super competitive and at times it plays out like a typical sibling rivalry. For example, about a month ago at practice, they were captains of opposing teams during a drill. The score was dead even so Coach Glover figured out a way to break the tie.

"I said you are going to play 1-on-1, I want to see what Fink backyard games look like," remembers Glover. They went at it, I had to stop the game."

Rayah and Rajah have an older brother Najah who played at Dover. All three siblings are named in memory of their half-sister Aja, who was killed in Baltimore when she was just two years old. The story attracted national attention because Aja's father was charged with the murder.

"My Mom, I know she gets upset," sighs Rajah. "I remember one year I made her a locket, with all the kids pictures, the whole family. She still has it."

In December of 2006, the family moved from Baltimore to Dover. Two years later, they had to deal with another crisis. The family was on a trip to Maryland when they got a phone call. Their house was on fire.

According to Rayah, "the side of the house was gone, they had to rebuild the whole house." Rajah saved the family dog.

One wants to be a detective, the other a physical therapist. One likes art, the other, music. Despite all their differences, their bond is undeniable.

"They just don't want to leave each other," smiles Glover.

Rajah will be without her sister next year when she is a Senior. If she gets her way, they won't be separated for long. "I want to go to college with my sister. I feel like if I leave her, I'll lose half of me. I think we make each other better."