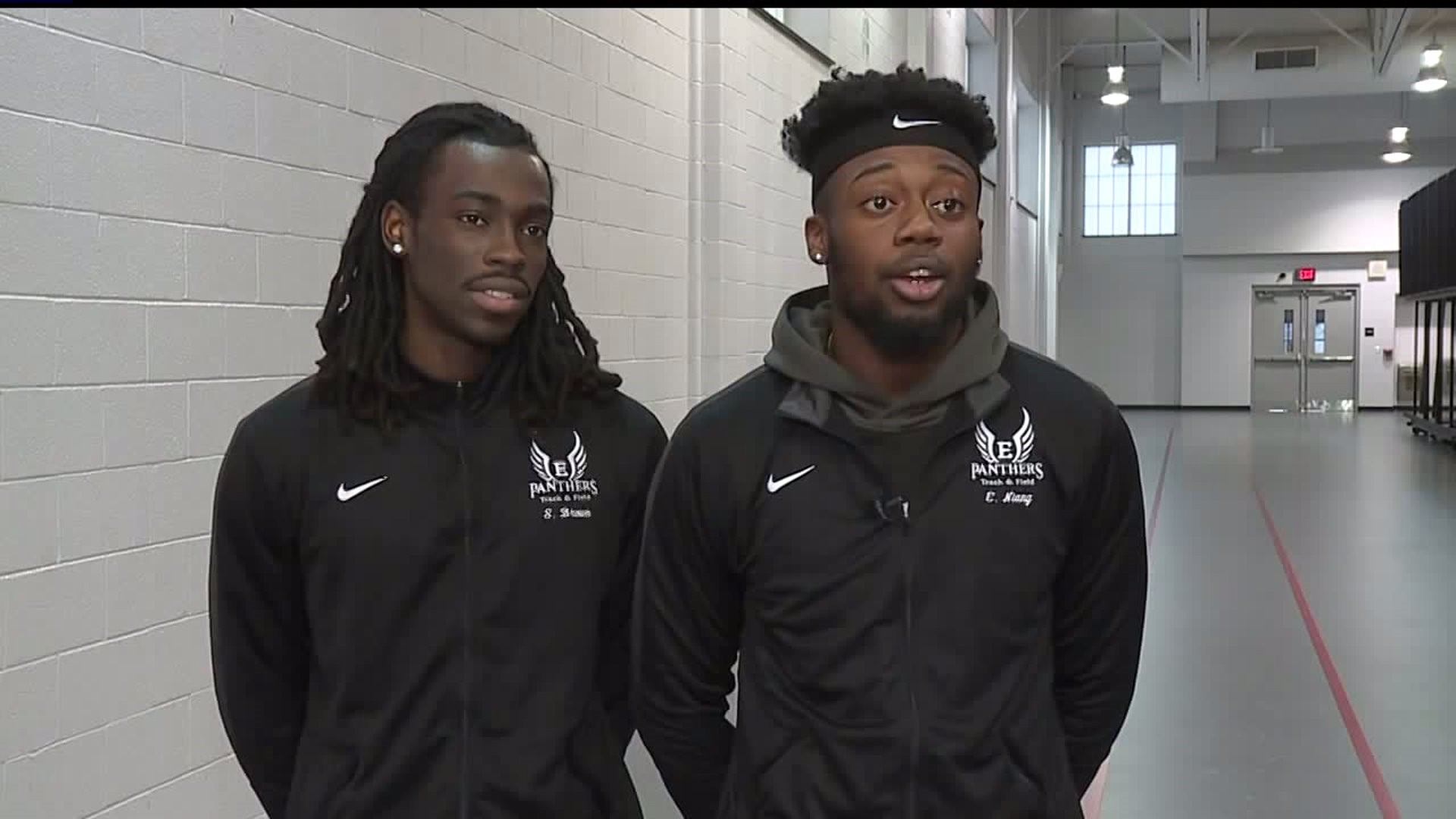 “I know I can count on my brother and I know he can count on his brother," said David Niang, C.D. East junior.

The Panthers 4 by 200 relay team is made up of two different sets of brothers.

The Brown's and the Niang's have been running on the same relay team for three years.

“They’re competing against one another, so it really makes it fun, not to mention they are two sets of different bothers," said Mike Galloway, C.D. East head track and field coach.

Just a year apart, the juniors of the squad, or younger brothers, say the older brothers make it known they are the younger ones, but they have some dirt of their own...

(Since you are the younger brothers, do you get picked on a lot?) “Yeah a lot. (Laugh) but we’re the fast ones. (Laugh)," said juniors David Niang and Shawn Brown.

Fast is an understatement. In early January, the duo of brothers broke the schools 4 by 200 meter relay record, by a second and a half, running 1:29.02 at Penn State's Kevin Dare High School Invitational.

“I was shocked at first, but deep down inside, I knew that we could run that time," said Shawn Brown, C.D. East junior.

“We really didn’t expect it. We went out there on a big track and did what we had to do," said Stephon Brown, C.D. East senior.

The Panthers, currently, lead the Keystone State with the fastest time, but that's not the only thing.

They're have the seventh fastest time in the nation, which led them to receive an invitation of a lifetime to the Millrose Games in New York City, where they will see and compete against the best U.S.A. Track and Field has to offer.

“Big teams go and olympic people go and this is our first time even hearing about it and we feel likes it a great honor to be invited," said David Niang.

“It’s humbling to know that we were invited to one of the top track meets, indoor. We have to prepare, go and be ready," said Emmanuel Niang, C.D. East senior.

The team is not only made up of two sets of brothers, but also a father and son coaching duo.

“You kind of have that family feel and I think everything that we are going through, is going to prepare them for life and after and outside of track," said Galloway.

The Panthers hope to run sub 1:29 against the best in the country, coming up at the Millrose Games.

It takes a lot of hard work and dedication to be apart of indoor track. In the state of Pennsylvania, it's still considered a club sport.

Teams have to pay out of pocket and raise money themselves.

The Panthers will run February 9th, in the Big Apple.