FOX43 –  Tuesday was a beautiful day for Spring sports playoffs and usually that means great finishes. That is exactly what happened. In the District III ... 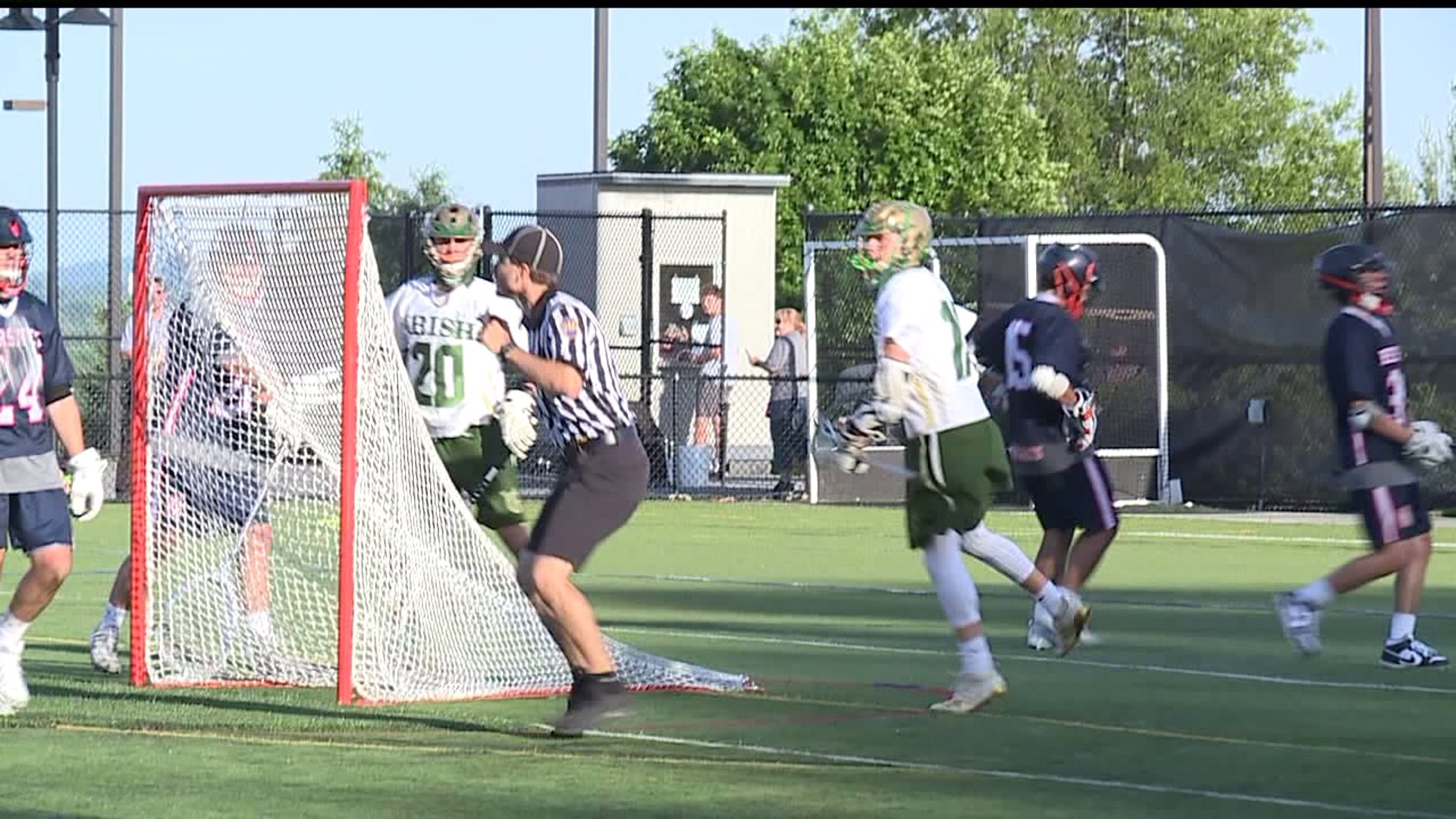 FOX43 -  Tuesday was a beautiful day for Spring sports playoffs and usually that means great finishes. That is exactly what happened.

In the District III 2A semifinal, Hershey and York Catholic went back and forth.  Late in the 4th down two goals, York Catholic stormed back, first with a goal from Cole Witman to cut the deficit to one.  With :43 seconds left the Trojans had possession but the Irish  forced a Hershey turnover.

On the restart, York Catholic raced up the field, Brennan Witman cut hard to the net, avoided the crease and scored a diving goal with less than nine seconds left.

But the Trojans would not be denied, in the huddle before overtime, they said they wanted to give everything they had for the next four minutes.  It was junior Colin  Kondracki who led that huddle.

Two minutes later in OT it was Kondracki who made himself available in front of the net for the game winning score, as Hershey advances with a 10-9 victory.

2A: Lancaster Country Day erased two second half five goal deficits to shock the Trinity Shamrocks 13-12 in overtime.  They face Hershey in the 2A final Thursday at Central Dauphin Middle School.

3A: Defending state champions Manheim Township jumped out to an early 4-0 lead over Hempfield as they advance with a 12-7 win.

3A: Palmyra and Wilson tangled in the other semifinal. This one was a nail biter but the Cougars best the Bulldogs 9-8 to set up a date with Manheim Township on Thursday at Central Dauphin Middle School

Check out the clip above to see Hershey's post game reaction to the victory and highlightes of the other three semifinal games.