HERSHEY, Pa. – The Milton Hershey School boys basketball team is on a roll this postseason. After getting knocked out of the PIAA state tournament in the ... 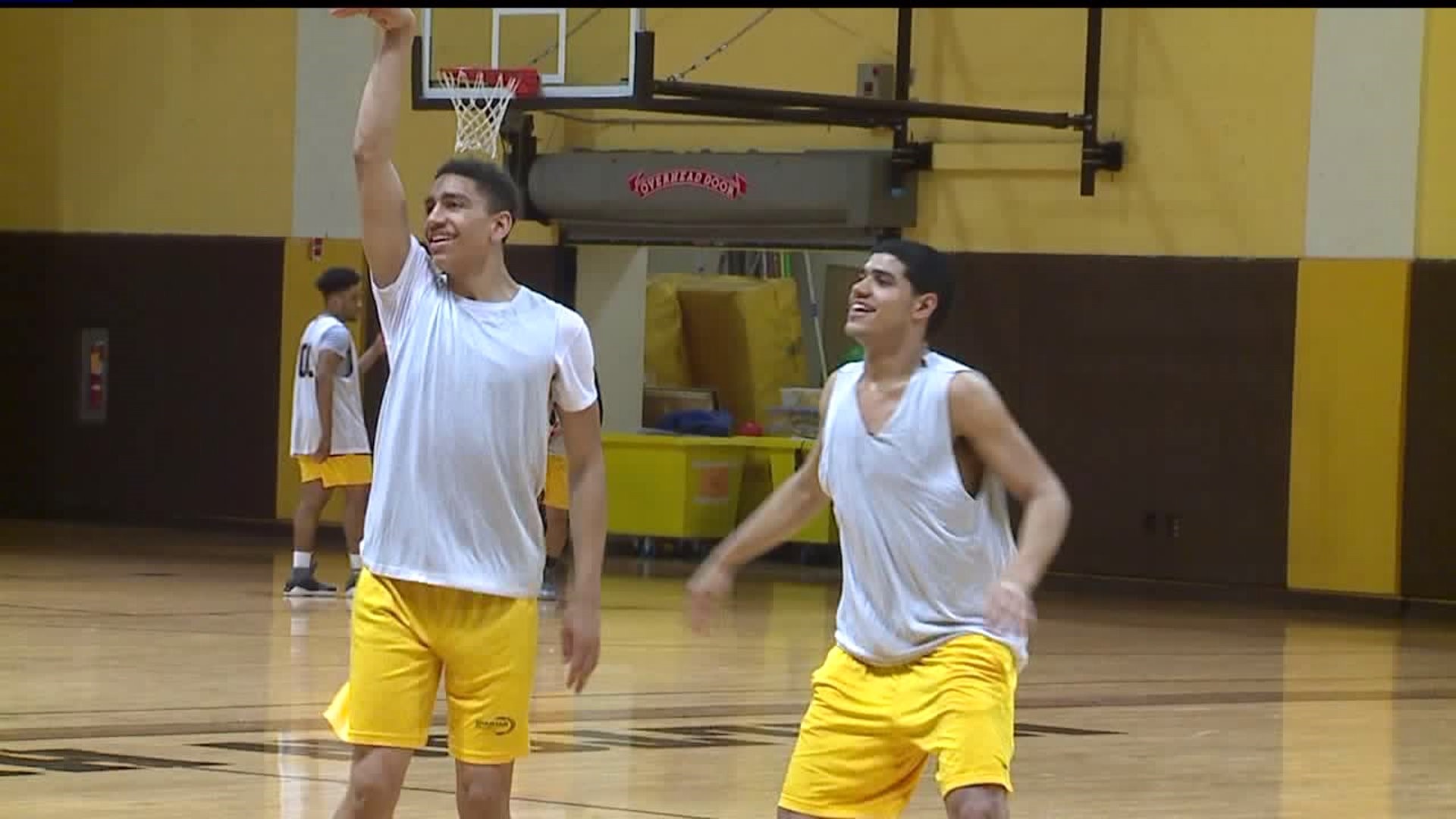 HERSHEY, Pa. - The Milton Hershey School boys basketball team is on a roll this postseason.

After getting knocked out of the PIAA state tournament in the first round the past two years, the Spartans have advanced to the Elite Eight for the first time since 2005.

They're led by a core group of seniors, including top scorer Don'yae Baylor-Carroll who's averaging 23 points per game.

And Pedro Rodriguez, who head coach Mark Zerbe called by far the most improved player from last year.

The Spartans are aiming for the second state title in school history.  Their first and only championship came in 1981.

Since Milton Hershey is a boarding school, the players spend a lot of time together.  And that's been a big part of the Spartans' success this season.

"I feel like in the beginning of the year, and throughout the summer too, our chemistry wasn't fully there," said Rodriguez.  "But being around each other all day in school, at chapel, have dinner together, live together, you get to know somebody pretty well and it helps a lot on the court."

Thanks in part to that exceptional chemistry, the Spartans have surpassed all the goals they set for themselves during the season.

"I stopped setting goals because they've all exceeded my expectations, so we're just taking it one day at a time," said Zerbe.

The next goal for the Spartans?  A spot in the state Final Four.

Milton Hershey will face Archbishop Carroll in a PIAA 5A quarterfinal Friday night at 7pm at Garden Spot High School in New Holland.