CUMBERLAND COUNTY — Josh Oswalt is heading home. Oswalt will return to his alma mater at Cumberland Valley to take charge of the Eagles’ football pr... 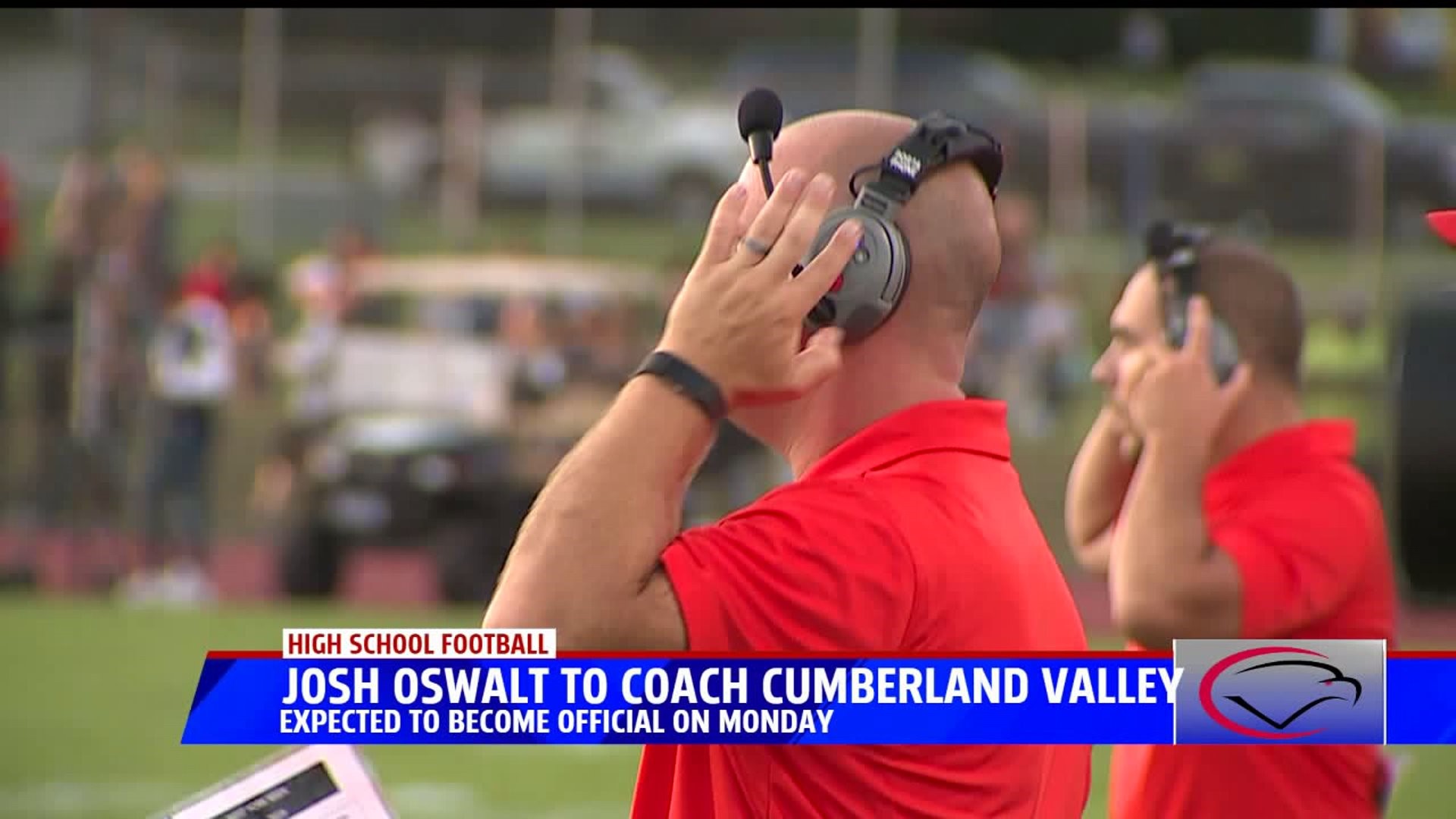 Oswalt will return to his alma mater at Cumberland Valley to take charge of the Eagles' football program after spending the last four years as head coach at Central York, according to a release from the Cumberland Valley School District.

Cumberland Valley's athletic director, Mike Craig, said in a statement that he will recommend Oswalt to the school board to take the head coaching job. The matter is expected to be addressed Monday at the next school board meeting.

Oswalt will replace Michael Whitehead, who was let go earlier this month after seven years at the CV helm.

The Eagles went 59-29 during Whitehead's tenure, but were 3-7 and 5-5 in his last two seasons. One of his wins this past season, ironically, was a 13-12 triumph over Central York in the FOX43 High School Football Frenzy Game of the Week on August 30.

CV reached the District 3 Class 6A playoffs, but bowed out in the first round with a 32-26 loss at Manheim Township.

Oswalt led Central York to a 30-13 record and three District 3 playoff appearances in four seasons at Central York. The Panthers went 9-1 and won the YAIAA Division I championship this past season before falling 47-14 to Harrisburg in the first round of Districts.

Before coming to Central York, Oswalt was head coach at Carlisle for six years, going 18-46. It took him a while to turn the struggling Thundering Herd program around, but Carlisle made the playoffs in each of his final two seasons there.

Oswalt is a 2004 Cumberland Valley grad and started at linebacker for three seasons with the Eagles, whose program is one of the most successful in District 3. CV ranks third all-time behind Manheim Central and Bishop McDevitt with 13 district championships in its proud history.