HARRISBURG –  It’s the day high school football players in Pennsylvania dream about growing up.   The rosters are announced for this year’s Bi...

HARRISBURG –  It’s the day high school football players in Pennsylvania dream about growing up.   The rosters are announced for this year’s Big 33 Football Classic and the top players in the state want to see their name on the list.

A press conference was held Tuesday morning to announce the team.   Manheim Township’s Mark Evans was on hand because he is the guy who will lead Team Pennsylvania against Team Maryland this June.  Evans is the head coach and one of his assistants is Cumberland Valley’s Mike Whitehead. 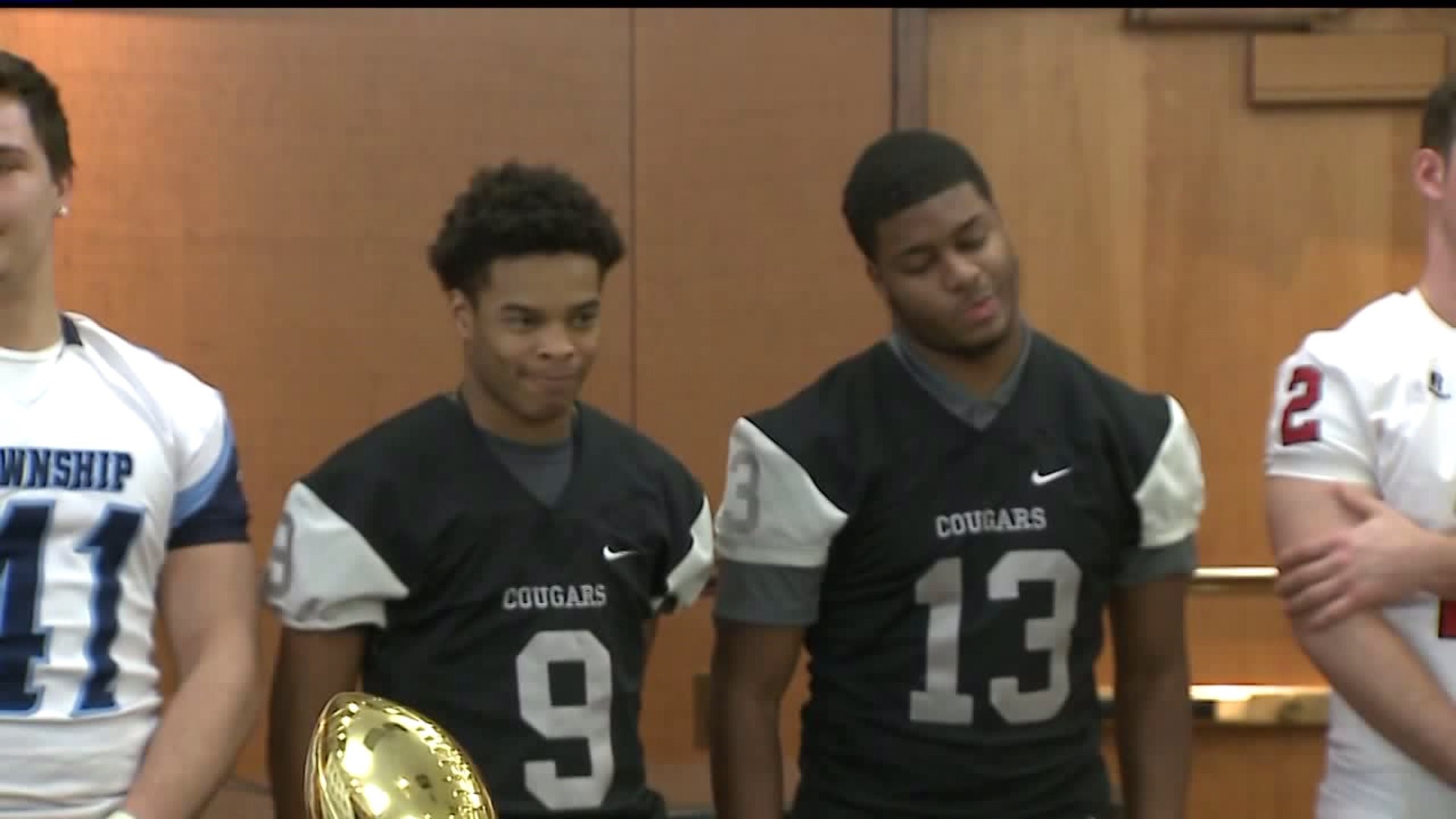 "It's a blessing.  I'm looking forward to being in charge in terms of being the head coach," explained Evans.  "I can't do it without everybody rowing the boat the same way, assistant coaches and players."

There's plenty of representation from District 3 on the roster with eight local standouts making the squad.   Here's the list:

The Big 33 Football Classic will be played on Saturday, June 16th at Landis Field in Dauphin County.