Frenzy: High school hoops season heating up down the stretch

Dallastown's Dickson has week to remember 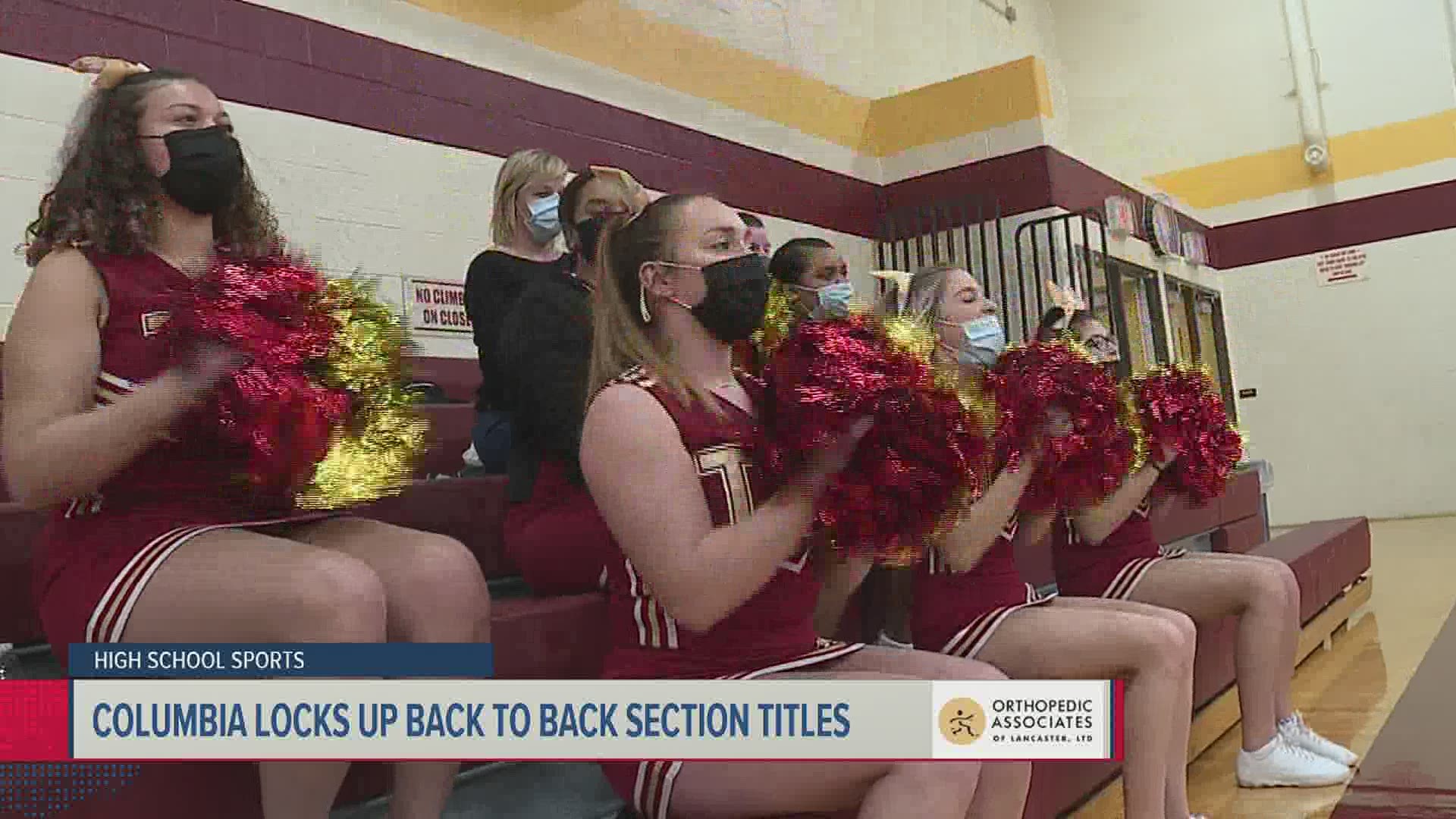 YORK, Pa. — As the season winds down on the high school basketball court it seems like some teams are just finding their mid-season form and that is leading to some great moments.

Along the river in Columbia the Crimson Tide are rolling and cutting down the nets after clinching back-to-back section titles when they knocked off Lancaster Mennonite early in the week. That was just the start of their four victory and coach Kerry Glover couldn't be happier with his squad.

"They are persistent, they don’t give up, they just play hard they stick together. Even when things may not go our way though long periods of the game, they just stay consistent and they stay together.”

Over in the York-Adams it will probably be a long time before we see any player have a week like Dallastown's Michael Dickson as he seemed to do it all. First he hit a game winner against Eastern York from the corner with two seconds left. Next up Dickson threw down a monster alley hoop for his first high school dunk in a game against Spring Grove.

Far from finished he then scored his 1,000th career point and to cap off his week on Saturday he banked in the game winner from deep.

In the Mid-Penn, District III welcomed back Cedar Cliff from their shutdown.  The Colts are undefeated and added two more "W's" to the win column this week. Their legs are fresh but there was no sign of rust on their shoes.

“I mean, obviously our first match-up on Wednesday was a challenging one to return to, but it is just a matter of coming to work at practice everyday and bringing intensity," coach Tigh Savercool told FOX43. "The guys are doing a really good job of being a good practicing team, as well as a good playing team. So it makes it a little bit easier as coaches whenever they bring that intensity to practice."

The Colts will need that energy with four games on the schedule this upcoming week.

Staying in the Mid-Penn, rivalry games are always fun and that was true for the Cumberland Valley versus Central Dauphin game. This one was a back and forth thriller that needed extra time as C.D. downed the Eagles 61-58.  Since dropping their opener the Rams have won 11 straight contests.  A big reason why is the big game play of freshman Malichi Palmer who has the attitude that embraces big game pressure.

"There are a lot of people who are not ranked (nationally), who are still working and have the same dreams as me," said Palmer. "I know that I am going to get everyone’s best on the court (every night) when they face me.