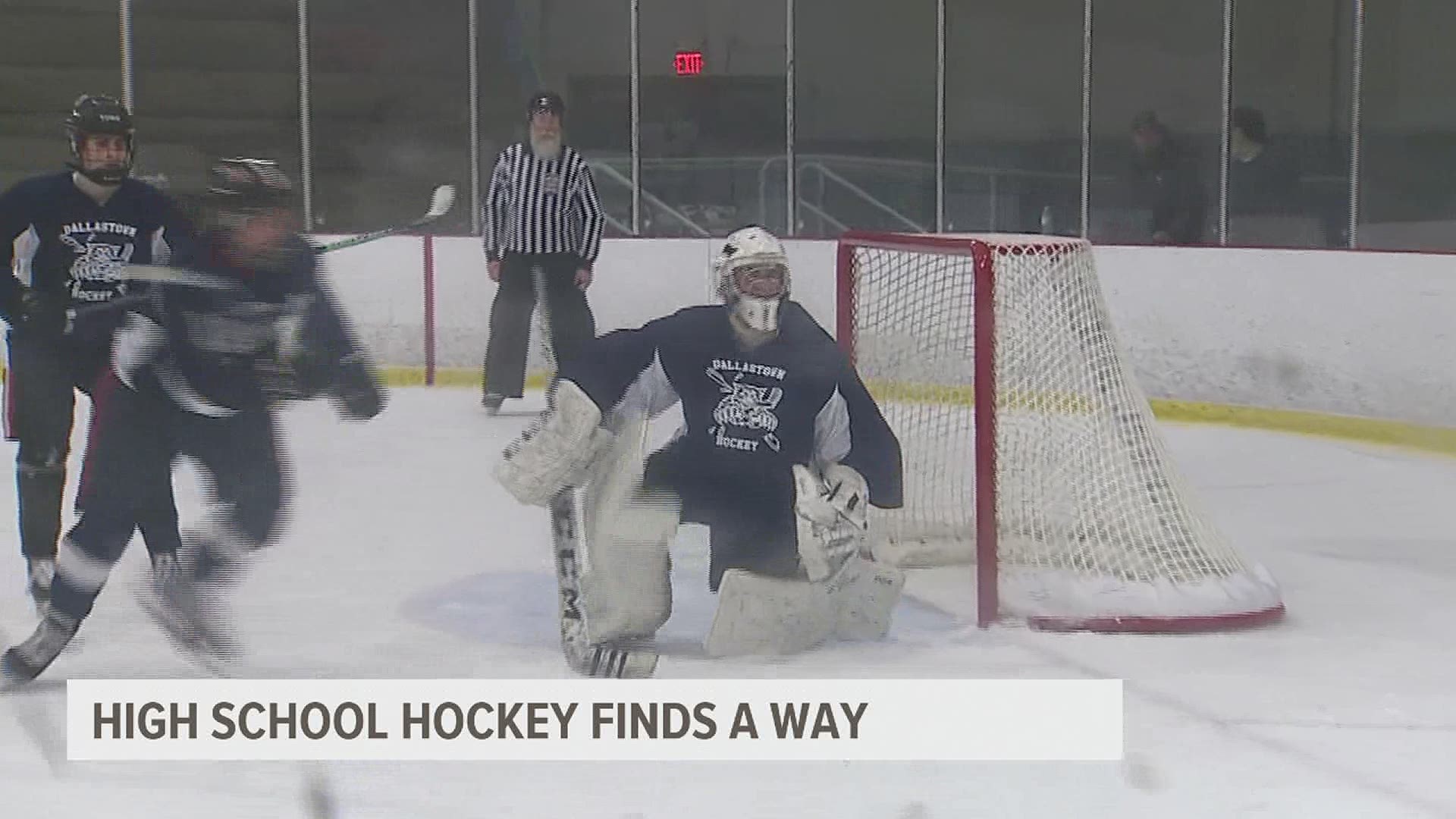 YORK, Pa. — On October 31st, 2020, the CPIHL announced that while they wouldn't have a season, they would encouraged teams to stay active and maybe even participate in some scrimmages.

When it comes to hockey, some is better than none.

"Well, when they first said that we weren't going to do anything, I was a little upset.  I like playing high school," recalled Dallastown sophomore Josh Reid.

So when the CPIHL made the tough call, the Chocolatetown Showdown was born.

"They were like, 'Let's throw up a tournament,' and it was pretty quick," said Central York junior Mason Steward.

The end result has eight teams playing a ten-game slate over a two month span.

"I mean, it was upsetting but when we found out we could play, it was fun," said Dallastown junior Quinn Eckert.  "We're out here playing and it's a lot of fun"

Sunday night saw a rivalry match up between Dallastown and Central York. With some fall and winter sports restricting attendance to the home team's parents, these games are the first real taste of a rivalry atmosphere, while following safety precautions.

"We only have two games here, so for the seniors to come out, and some students to come out cause the students can't come out and watch the football games and the basketball games, they're all hyped," added Steward.

Many of the student athletes play for club and travel teams so they would still have had some ice time, but there's just something about putting on a jersey with their school name on it, that adds a little something extra, especially if ends in a 6-5 overtime win.

"All of us were so pumped up," added Steward, who scored the game winner for Central York.