Hidlay brothers stay ready for shot at the Olympics 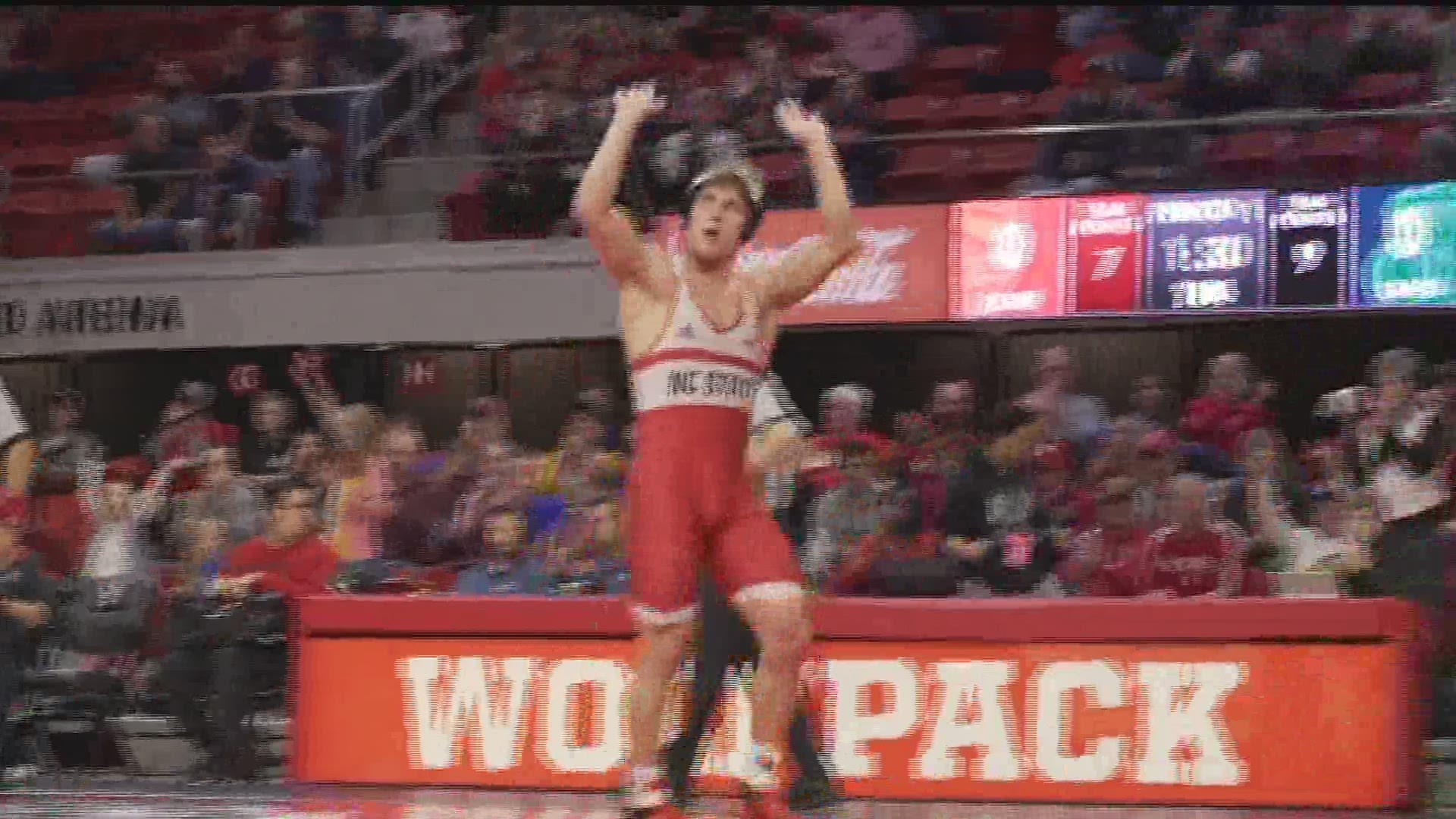 RALEIGH, N.C. — This past weekend was supposed to be a celebration of the college wrestling season with the NCAA National Championships in Minneapolis. That did not happen.  The Hidlay brothers from Mifflin County High School were two of seven area wrestlers set to compete for college gold. A opportunity lost for them and so many others.

“You kind of want to think it is not real, I think that is what a lot of us were feeling leading up to it”

That was the reaction of Hayden Hidley, when the NC State junior heard about the cancellation of the NCAA Wrestling Championships which was like a take-down on the entire wrestling community.

“You train all year for it and to have it not happen is heart breaking'" says Wolfpack freshman and younger brother Trent. "You know in our sport the NCAA Championships are the pinnacle of the season.”

That is without a doubt. The NCAA tournament sets the stage for some many other tournaments and draws in a massive amount of fans and television audience.

"It really hit us like a ton of bricks, definitely, it is a very emotional time for us," according to Hayden. "There is a time for grieving and we are ready to move on from it now"

With a 28-1 record Hayden was a two seed at 157 pounds. As a freshman two seasons ago he finished second, and stood on podium again last year with a 4th place finish.

“The more teams that are able to challenge the perennial powers, it makes the sport that much more entertaining and I felt like this year we were that team. I thought no matter who you put us up against we would stand a fighting chance against them."

Trent entered the championship bracket as a fifth seed at 184. This was suppose to be the first of many runs to a possible title for him.

“The goal is to win. I like where I was at. I liked the way I was wrestling, we were hitting the stride at the right time and getting ready to peak. So that is the hardest thing right now, is knowing you were ready and not being able to showcase it, says Trent"

As for what is next the brothers don't know. Training is up in the air currently with buildings shuttered and 2020 Olympic qualifiers are postponed as of now. One thing is sure, when the action is set to return to the mats, Trent assures me the Hidlay brothers will be ready.

"We are going to keep working out hard like we have something coming up.  Making the olympic team,  it has been a dream of ours for a long time so if it presents itself we are going to go after it."