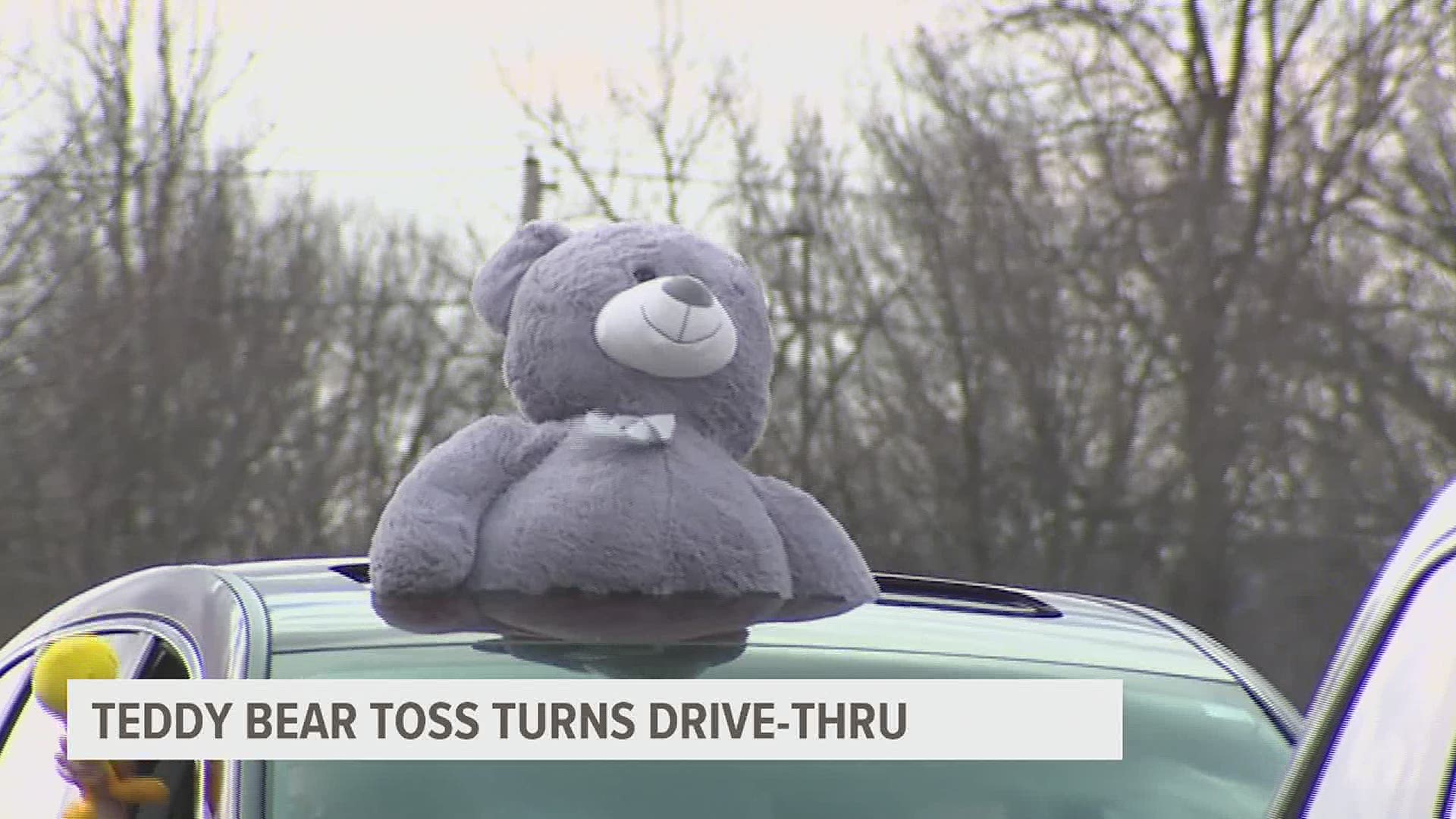 HERSHEY, Pa. — Hershey certainly missed the sight of teddy bears raining down from the Giant Center stands, ranging from fun-sized stuffed animals, all the way to teddy bears the size of a car, which in 2021, was fitting.

"We couldn't do our normal teddy bear toss where we toss our bears on to the ice.  Instead, we invited the community to toss bears from their vehicles, and you can't even see the end of the line of cars," said Hershey Director of Communications Kathleen McGraw.

The Hershey Bears teddy bear toss turned into a drive-thru this year and the cars were lined up an hour before a single teddy was tossed.

"I'm surprised that this many people came," said Gabby Kerchner.  "It's a lot different than in the stadium."

Kerchner's contributions to the teddy bear toss have been legendary over the years and a new approach wasn't about to stop her.

"We were just happy that we were going to have a toss, to get together with Bears fans, and to spread a little cheer throughout the community," said Brock Kerchner.

The event is usually held in December, to set up a cheerful holiday season for many.

"We reached out to our community partners and said, 'You know, we'd like to do this in January' and they immediately said they'd absolutely have recipients, so they'll be distributing bears over the next few weeks," said McGraw.

"It brings joy to everyone we give it to, said Gabby.  "When we count our bears, we count them in smiles because we know it's going to go to that person and that it's going to make them happy."

And this year, it wasn't just the 31,381 bears that were tossed.  More than a truck full of food donations are now on their way to the Central PA Food Bank.

"Our company loves to give back and our fans are the best fans in the American Hockey League and they love to give back too, and boy did they bring it today," said McGraw with a smile.