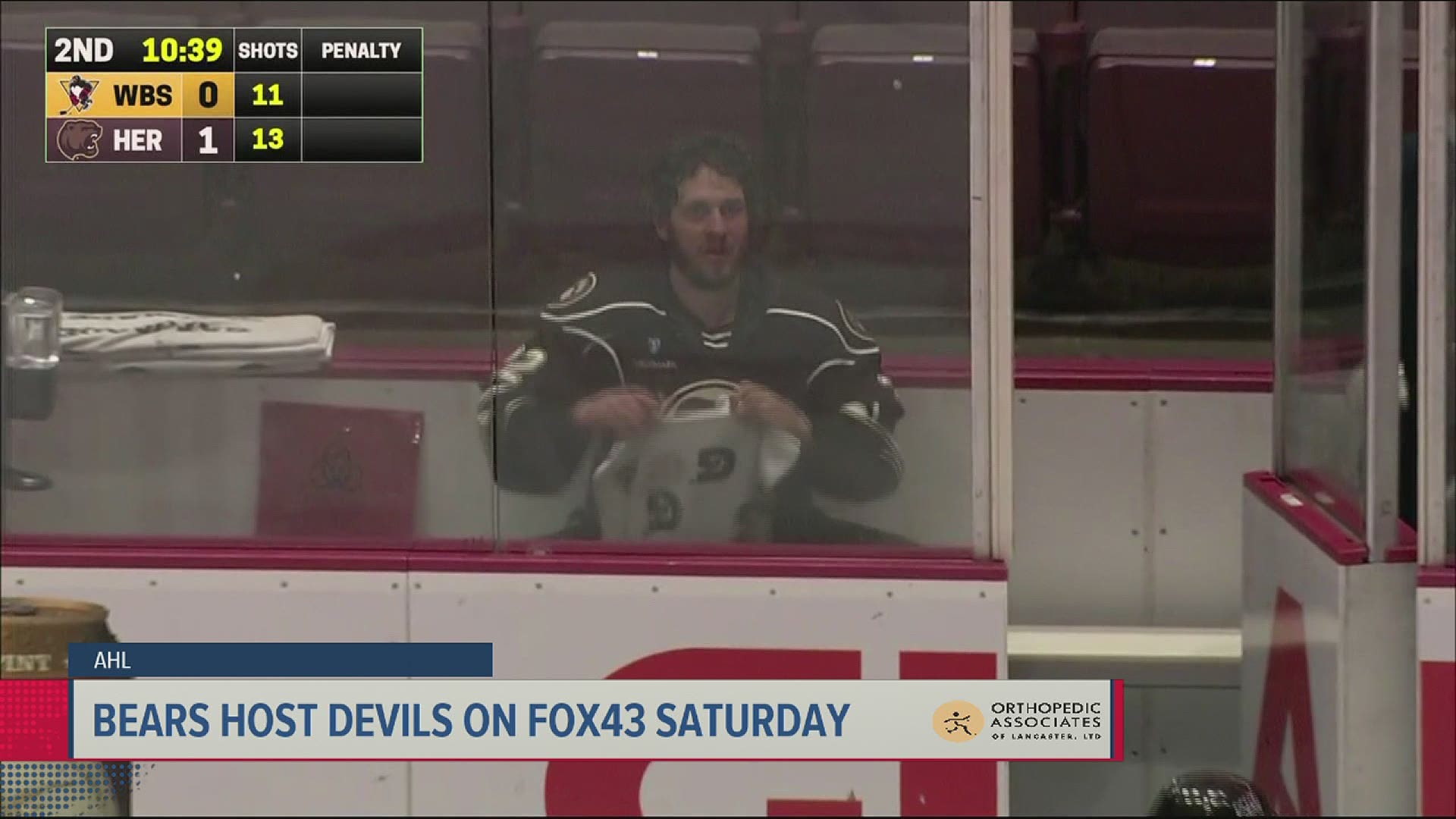 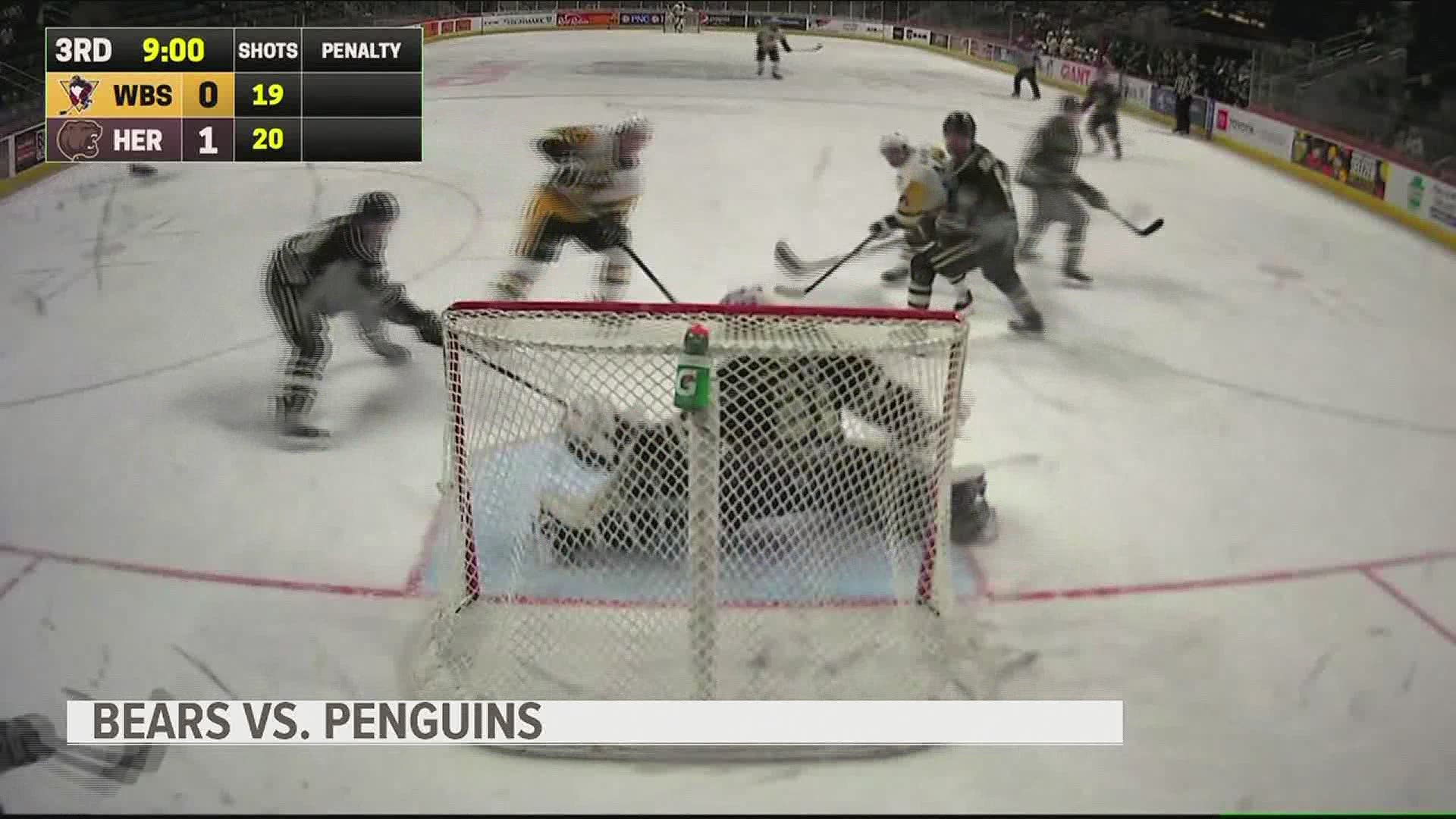 HERSHEY, Pa. — Even after posting a shutout in net for the Hershey Bears, goalie Pheonix Copley preferred to talk about teammate Kale Kessy after the team's 2-0 victory over the Penguins on Sunday at Giant Center.

"One of their guys took a run at one of our guys and he steps up.  He did it last year, he does it his year," said Copley.  "He'll do anything for the boys.  We love him and we're just thankful he's on our side."

Kessy rushed into action to defend his teammate Martin Fehervary in the second period.  Wilkes-Barre's Kyle Olson sent Fehervary sprawling onto the ice and into the boards in front of the Penguins bench.  Kessy took exception with the shot and immediately engaged Olson.  The gloves quickly came off and Kessy came out swinging, connecting on several punches.  Olson did his best to return fire but finished the exchange with a bloody nose.

The Bears ended up with the final say on the scoreboard as well, defeating the Pens for the fifth time in six meetings.  They improve to 14-5-2-0.  Aliaksei Protas netted his first career AHL goal in the first period to stake the Bears to the lead. Copley stopped all 21 shots he faced and Brian Pinho added an empty net tally for the final margin.

The Bears will play on FOX43 again this Saturday when they host the Binghamton Devils at Giant Center at 1pm.