WPMT-FOX43 to air six Hershey Bears games in April, May

As the new television broadcast partner of the Hershey Bears, we will air six of the team's home games in April and May. 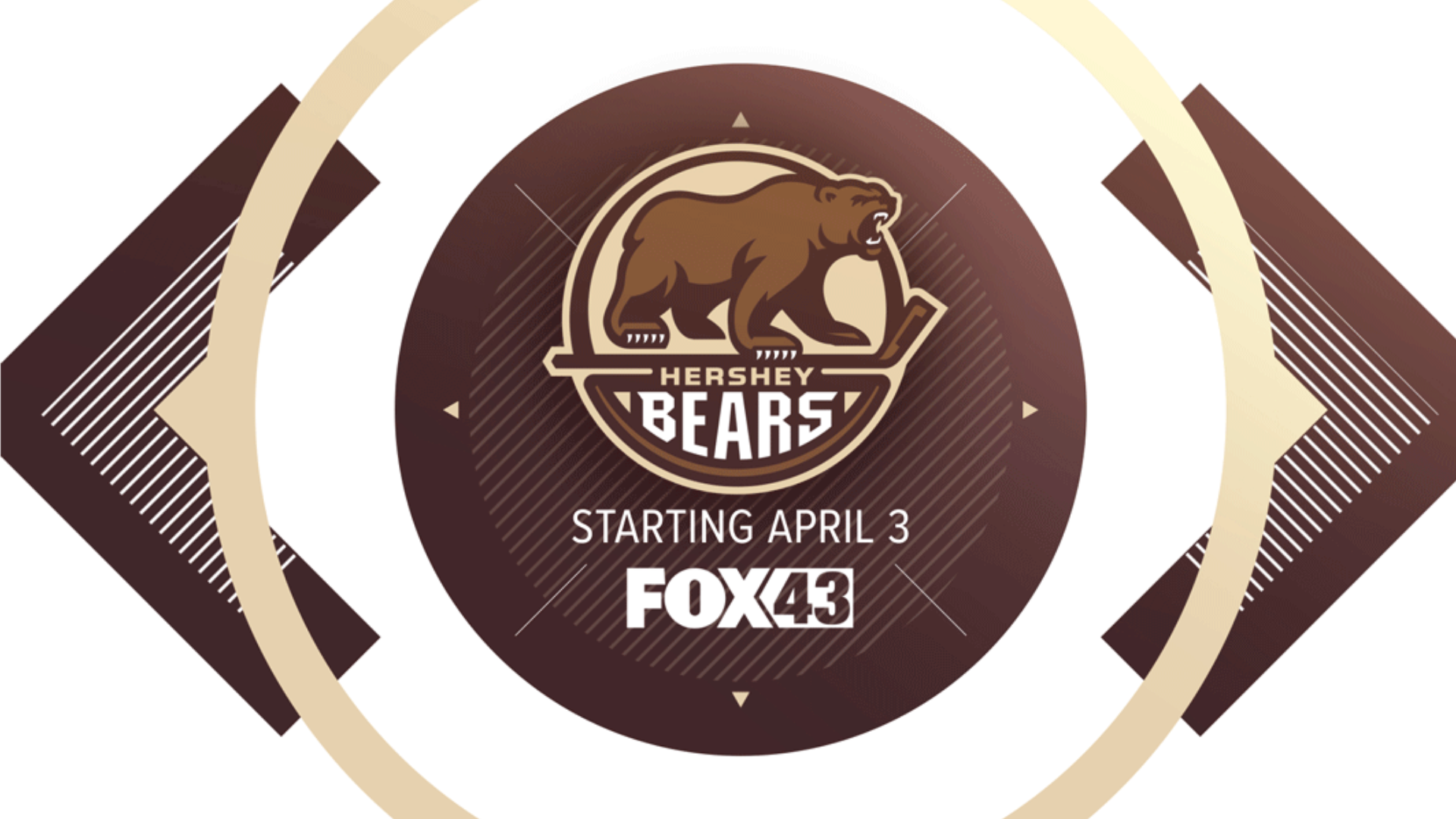 As the new television broadcast partner of the hockey club, WPMT-FOX43 is proud to announce that we will air six of the team's home games in April and May.

All games will air in high-definition and be available to anyone in the region with an antenna, digital tuner, cable subscription, or streaming service that includes local channels.

Here are the games that will air on our network:

"We are excited to partner with FOX43 to televise Bears games," said Hershey Bears Vice President of Hockey Operations, Bryan Helmer. "With this new partnership, and games available on FOX43, we'll be able to showcase the Bears to more viewers than ever. With limited capacity at GIANT Center this season, we're excited to be able to share the excitement with our passionate fan base that may not be able to attend games in person."

"Being involved with the most successful sports franchise in our area, and in the AHL, is without a doubt a thrill for us here at FOX43. With the reach of our broadcasts and the fierce loyalty of the team’s fan base, this partnership will be a win for all involved, especially the fans," said Chris Topf, President and General Manager of FOX43.

The Voice of the Bears, Zack Fisch, will call the action for all televised games, working alongside FOX43 Sports Director Todd Sadowski. Sadowski has covered the Bears for over 20 years, reporting on the team's 2006, 2009, and 2010 Calder Cup Championships.

As of March 24, the Bears are tied for first place in the North Division with the Lehigh Valley Phantoms. Both teams have 18 points, but the Bears have played two more games than the Phantoms.

Tickets to Hershey Bears home games are available online via Ticketmaster. Since capacity is limited due to COVID-19 protocols and restrictions currently in place, the Bears and FOX43 are excited to bring the action to those unable to secure seats.

For more on the Hershey Bears, you can visit their website here.