While there might've been no fans at Cumberland Valley for the 3A swimming state championships, it was still an electric atmosphere for swimmers on Saturday. 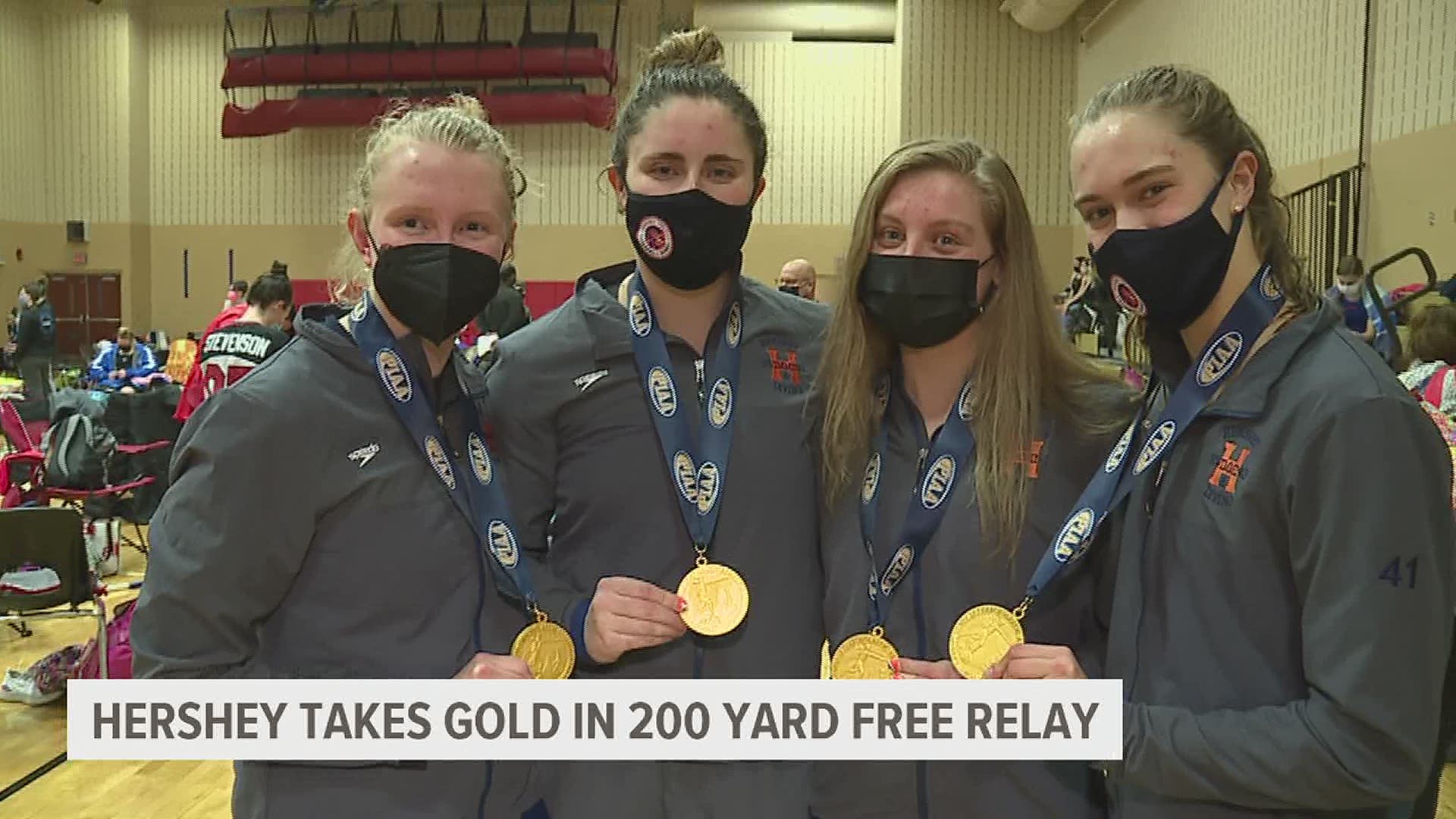 MECHANICSBURG, Pa. — It was day two of the PIAA State Swim Championships at Cumberland Valley High School and once again even though there were no fans in attendance the atmosphere was electric.

That was in no small part to the job the Cumberland Valley staff did to ensure an excellent event. Eagles swim coach Michael Gobrecht  was spinning the playlist from the nest up top on his audio board or using his smart watch from the deck to keep the juices flowing.

Carboard cutouts from area teams like Spring Grove, Red Lion, Cumberland Valley, Ephrata dotted the stands among others.  Hershey High School is well known for their loud fans at meets and they had a few cutouts to provide a lift to their girls.

The Trojans in the Girls 200 yard free style relay of Cali Oyerly, Tori Tafuto, Angela Woronko and Clair Ryland took gold in 1:34.16. The chance to top the podium was a great way to end a tough year according to Woronko.

“There has been things thrown out left and right. There were snow-days and practices cancelled and not just for our team but every team as hole came together and were able to bust out some fast times so that’s pretty exciting to see everyone come together.”

Shippensburg Senior Julia Strine had a determined attitude when she took to the starting block. After missing last years meet with the cancellation of the "AA" events she was not leaving anything in the tank for her last high school race in the 100 yard breaststroke. Entering the final turn it was a tight race and Strine was able to out touch her opponent to win with a 1:02.33. She wasn't supposed to do it, but Strine took a peak to see how close the race was.

“I wouldn’t be honest if I did say that I didn’t glance over and see that I had competition to the right. I wanted this so badly my aim was to finish as hard as I could."

On the boys side Cedar Crest’s Logan Smith swam a fast 55.42 to claim silver in the 100 breaststroke. The second place finish is the highest of all area medals on the boys side.