Senators baseball is back on City Island 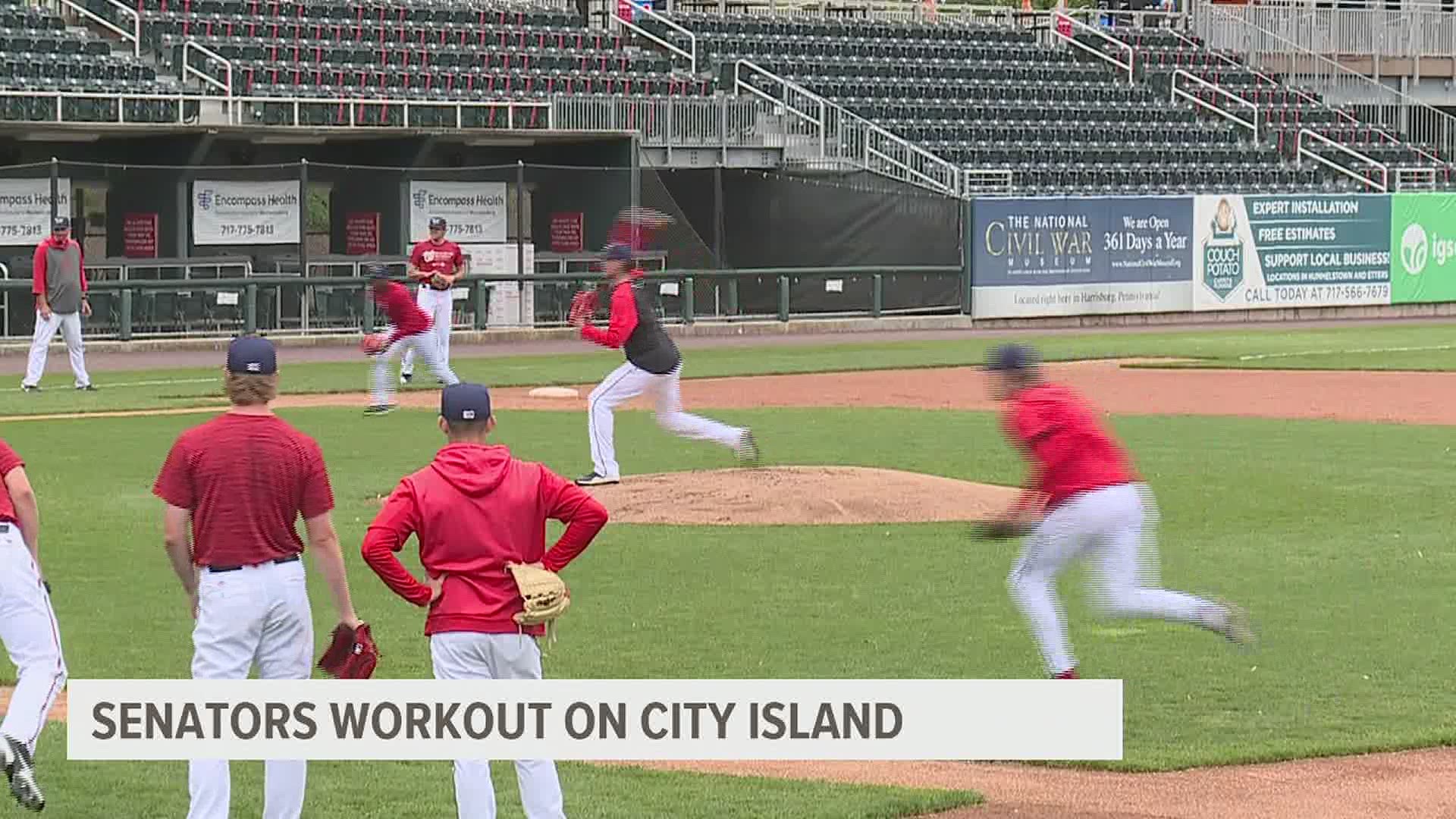 HARRISBURG, Pa. — The team's first workout usually happens one month earlier in April but there are certainly no complaints from the Harrisburg Senators. They're just thrilled to have baseball back on City Island for the first time since the Summer of 2019.

The entire 2020 season was wiped out by the pandemic. Seeing players work out on FNB Field is a sight for the sore eyes of baseball fans in our area. Harrisburg needs to be patient and wait another week before their home opener on Tuesday, May 11th.

They have a new manager Tripp Keister and an adjusted schedule for the upcoming year.  Every Monday is an off day and the other six days of the week are games against the same opponent in the same ballpark.

"Facing another team is really the only way you can simulate certain game situations and get the progression that we need to get to where we want to go," explained Senators Infielder Jackson Cluff.

"The thing that we're going to have to deal with is that we're in it for six games against a team," said Keister. "If they figure out game one a guy can't hit a certain pitch, and they start pounding him with that same pitch, it's going to be a long week for that one guy. Conversely, we can do the same. This game is all about adjustments and we're going to have to adjust to that, that's for sure."

The roster size in the Eastern League increases from 25 to 28 players this year.  The Senators start in Somerset for a six-game series on Tuesday Night and then host Richmond starting on the 11th.