Steel-High, Juniata, and York Catholic eliminated in first round of state football playoffs 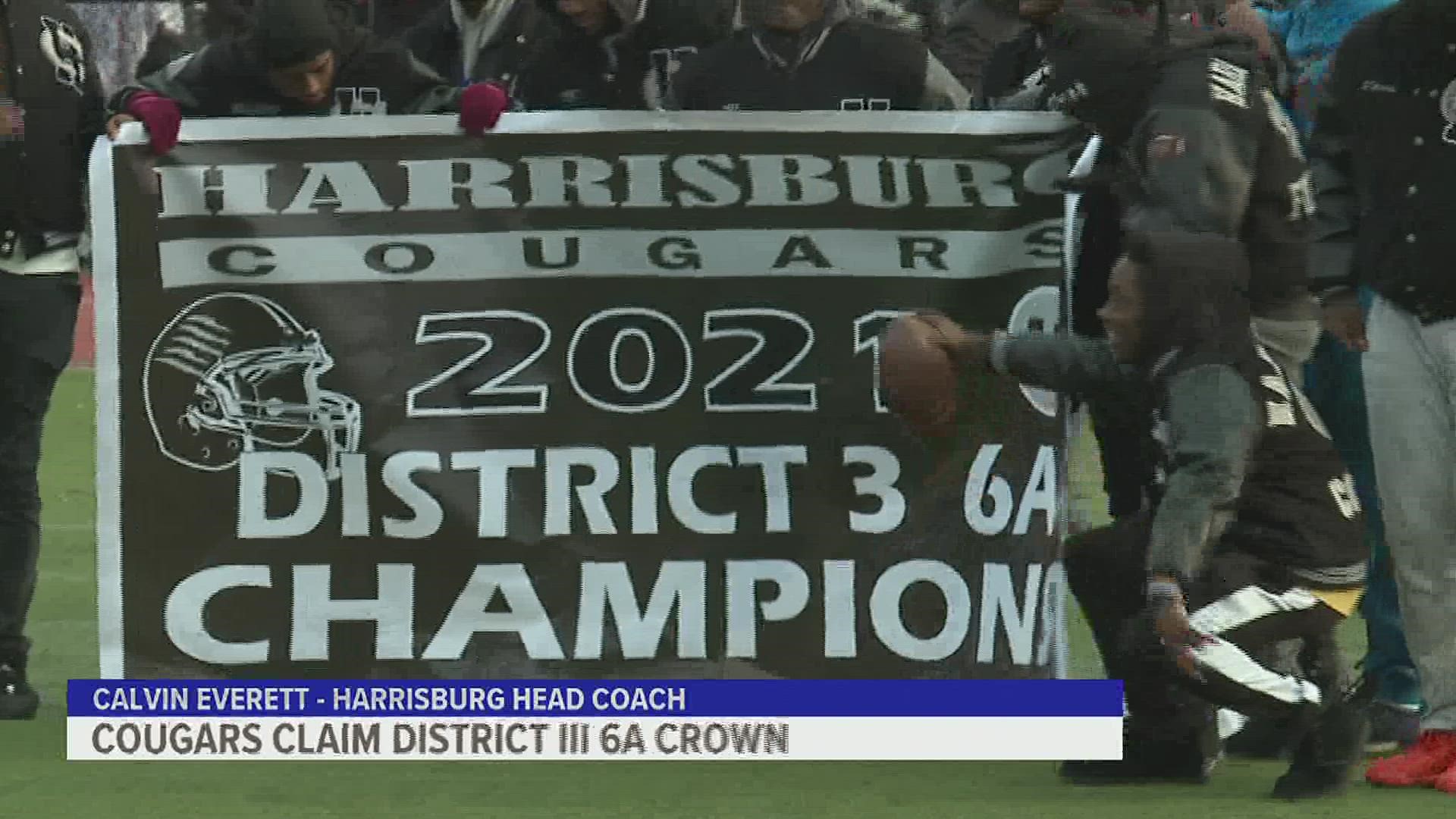 HARRISBURG, Pa. — A year ago it looked like Harrisburg would clinch a spot in the District playoffs, before covid ultimately ended their season.  This time around, the cougars took care of business to set a date in the District III, 6-A title game, against Wilson.

If you want to talk about a much anticipated game, all you had to do was see the line for tickets pre-game as this one stretched down through the parking lot.

In the first half the Cougars relied on the defense. Wilson tried to stretch an early drive on fourth down, but Terrell Reynolds had other ideas with a sack as once again the defense showed up big. Wilson led 3-0 at the half.

In the third, Harrisburg gets on the board as Shawn Lee sneaks in on the quarterback keeper, following his big guys up front to give Harrisburg a 7-3 lead.

Wilson responds right away with a touchdown drive, but Mahkai Hopkins and the cougars put together a long drive of their own. Hopkins took it into his own literally, with one of the longest offensive plays of the day as he just handed out stiff arms left in right to take it into Bulldogs territory.

At the start of the fourth, Harrisburg was on the drive, and decided a little misdirection was the order of the day. Lee faked a hand off, avoided a defender and then bolted to the end zone to give Harrisburg a 14-10 lead.

That was all the defense needed as they made it stick to claim the District III title, with the 14-10 win at home.

In the PIAA state football brackets the Rollers of Steel-High were on the move with a 138 mile drive to Towanda to face Canton in 1A first round.

Late first quarter Canton was up 7-0 .. Rollers respond watch Daivin Pryor, squeezed through the hole and then he has got the moves and shake, 67 yards as he showed off the speed.

In the 2nd quarter Roller QB Alex Erby connects with Jalen Perry on the slant to give Steel-High a 14-13 lead at the break.

Turnovers would be an issue for the Rollers as they fall behind but they don’t back down Erby went up top  to Tyrone Moore for a score to cut the Canton lead to five points.  With under a minute left Rollers had the ball and a chance if they could get a few big plays but on 4th and 15 it was not to be as Canton wins 32-27.

In the 4Astate opener Juniata had a true road game traveling 199 miles, over 3 hours and 30 minutes up to Meadville to take on the Bulldogs.

Meadville had their offense going early as Griffin B raced home for a score that was part of a 20 point outburst.

Juniata's defense tried to keep them in the game and the did. Zachary Harr jumped a route to create a turnover with an INT.  Juniata used the momentum to cut the deficit to just seven points, but that early lead was too much to overcome as the Indians' season ends, 43-27, in Meadville.

Finally in the opening round of the 2A state football playoffs, York Catholic's unbeaten season came to a close, as West Catholic, out of Philadelphia topped the Irish, 24-7.