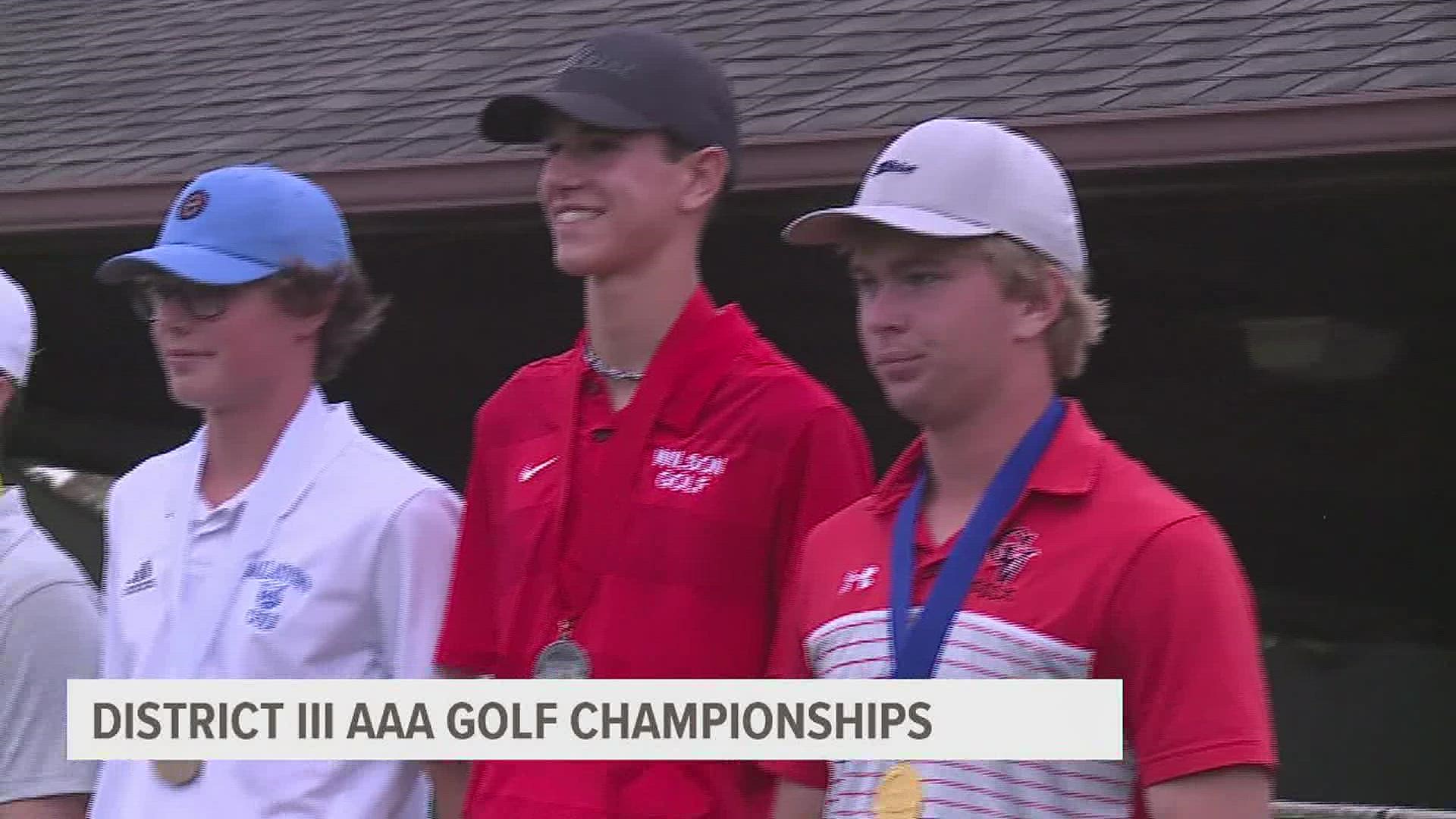 The AA action takes place at Briarwood Golf Club in York County.  In the girls competition, the only question is how many strokes Camp Hill's Paige Richter will put between her and the rest of the competition.  Richter shoots two-under over 36 holes and wins her 2nd district title by 19 strokes.

On the boys side of the tourney, Lancaster Catholic's Jack Novis builds a big lead and rides it out the rest of the 2nd round. Novis goes 72-81 to win by four shots.

The AAA players are on the course for their two rounds of district play at Honey Run Golf Club. Dallastown's Makensy Knaub enters the 2nd round with a comfortable nine-shot cushion on the girls side. She follows her 73 with a 79 and wins her second straight district title by seven shots.

The AAA boys tournament ends up being the closest competition. Cumberland Valley's Brady Davidson collects the gold medal with a final round 74 after his first-round 70.   One of the highlights of the day was the seven-man playoff for the final five state qualifying spots.  All seven played the playoff hole together. The PIAA State Individual Tournament is October 18-19 at Heritage Hills in York County.