The Spartans players, parents and administrators are excited to celebrate their college commitments 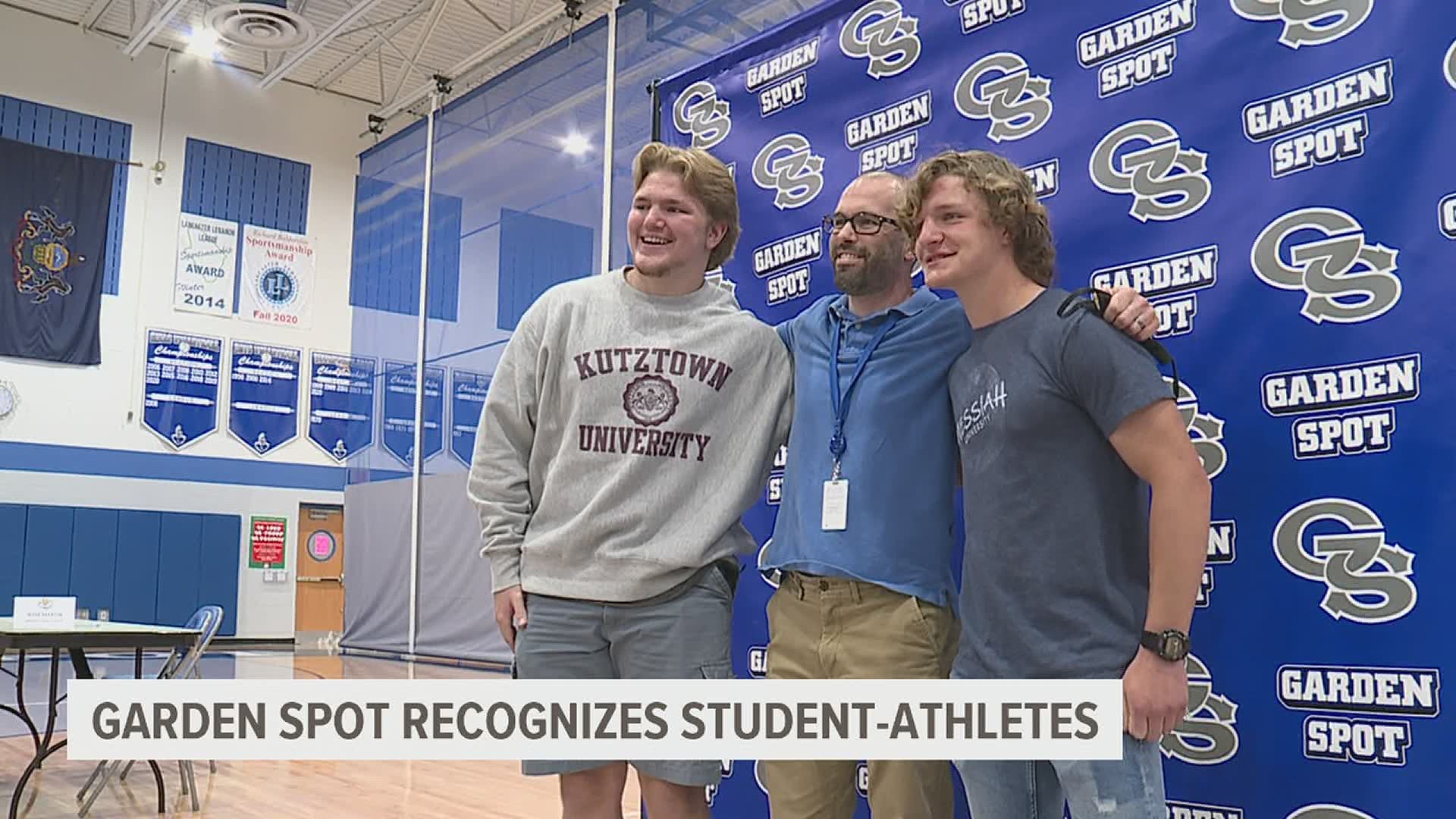 NEW HOLLAND, Pa. — Garden Spot High School honored their senior athletes with a small ceremony on Wednesday. 12 students announced where they are attending and competing at the next level.  Last year, this ceremony was done virtually over Zoom.  For the kids, it felt good to be back among their classmates to be recognized.

"This is awesome," said Spartans Senior Logan Martin who will play volleyball at Eastern University. "I have been waiting for this moment since I was a freshman barely making JV and now I am here celebrating signing to play collegiately, signing with my friends who I have known since I was four and five years old."

"They don't really know you under the helmet," explained Jesse Martin who is committed to play football at Lebanon Valley College. "They don't get to know you so this can get out in the community and they get to know you better and see what your future plans are to see what happens next."

The kids were not the only ones excited. Parents and administrators were thrilled to be doing the ceremony in person.

"Being able to sit here today and recognize his accomplishments and being able to know he is going to be able to compete at the next level collegiately is just amazing," grinned Jen Swanson.  Her son Dustin is going to wrestle at Kutztown.

"It's great recognition for the student-athletes and parents," said Garden Spot Athletic Director Marc Shaffer. "They have worked hard for this moment, they have won championships but they also have individual accomplishments we want to celebrate."

Best of luck to all of the Spartans at the next level.