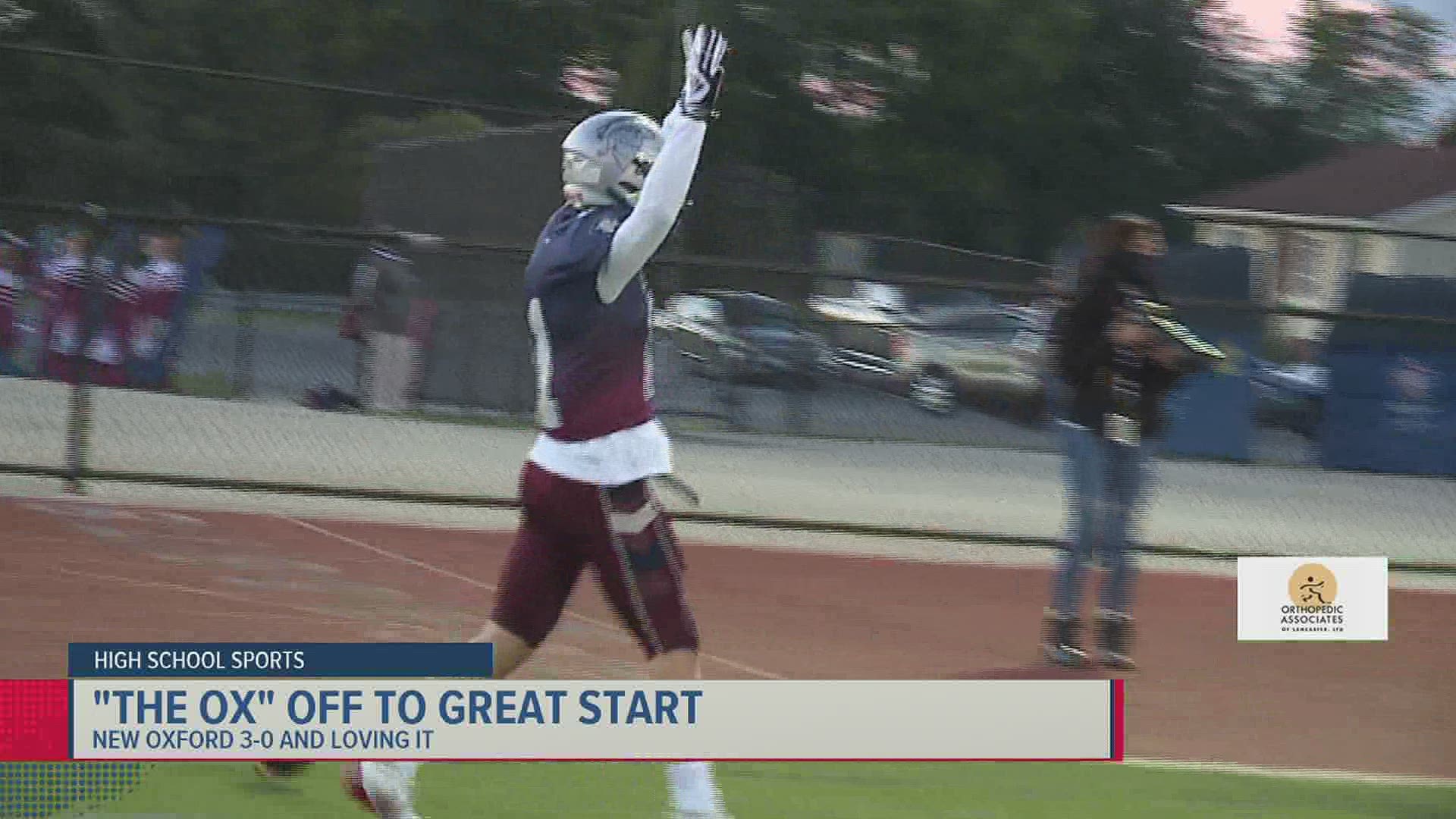 YORK, Pa. — On this weeks Sunday Frenzy we feature a pair of firsts on the high school level for area teams this weekend. One of which took place at our "Game of the Week" and another to a familiar coach who is back at his old stomping grounds.

We start  though in the York-Adams with New Oxford. The Colonials are 3-0 for first time since 2009 and it is the first time Jason Warner has his squad off to this type of start.  The Colonials downed Kennard Dale 28-12 on a brisk Friday night as first year quarterback Connor Beans tossed four TD’s in the win. This is a big step for New Oxford who was winless in 2016 and 2017.

According to coach Warner the guys have bought into the work ethic it takes to win.

"Yea they do and they are starting to understand the work, Monday through Thursday,  that is where you win games,  blocking, tackling, catching the football simple things not fumbling.  They have bought into that mantra."

Right now the Colonials are making the most of dropping down to Division II of the league this season after last years District III playoff run from Division I. 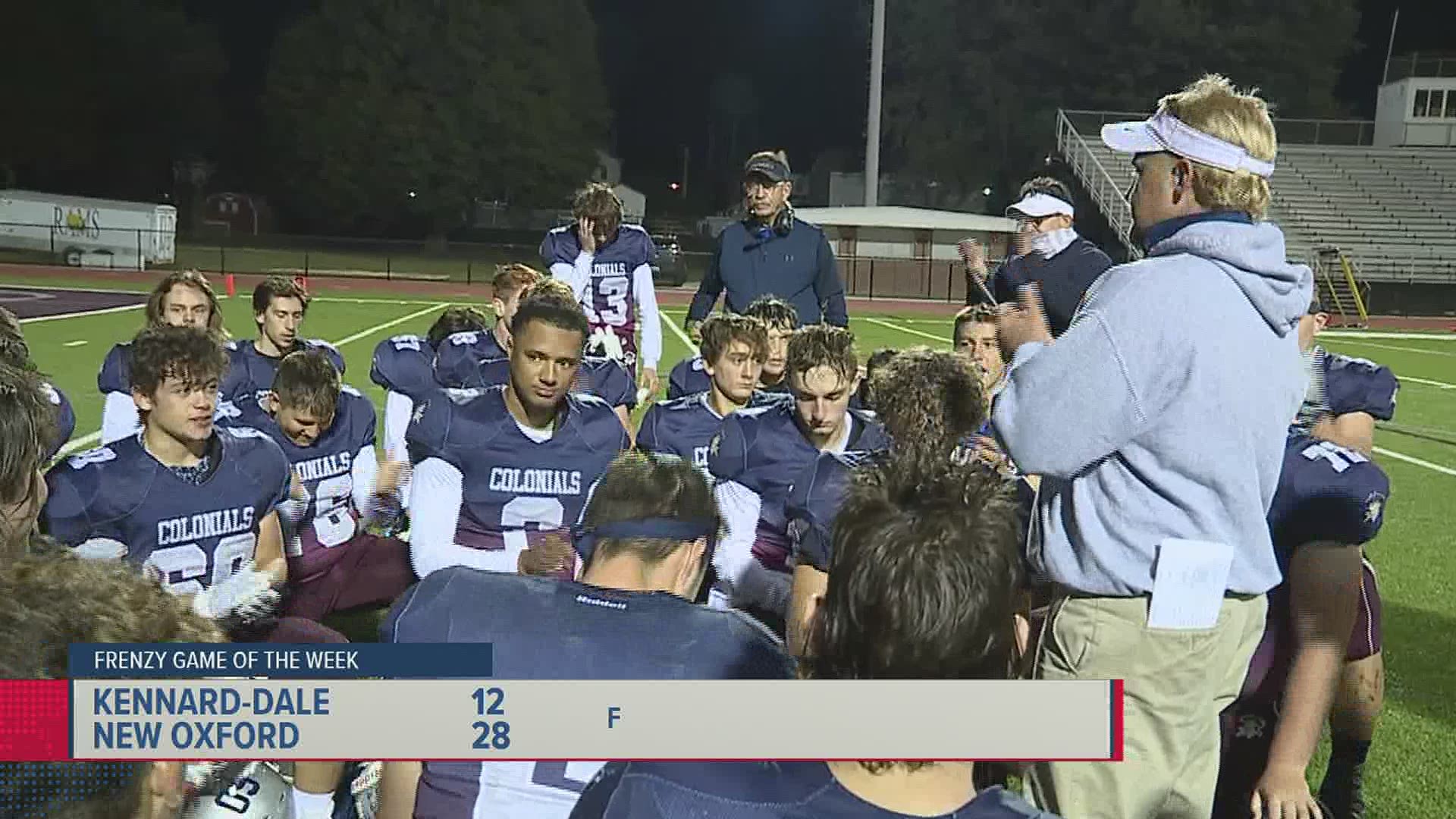 Next week they look to prove that they are the class of their new division as they face off against York Suburban.

Up to the Mid-Penn and Cumberland Valley. Coach Josh Oswalt giving out handshakes before this one and more would happen later. Coach gets his first win as the head coach of his alma matter. Right now for Cumberland Valley it has not been the easiest transitions from a wing-T  to a spread offense. But on Friday night the Eagles were able to grind out a 7-6 victory over CD East. 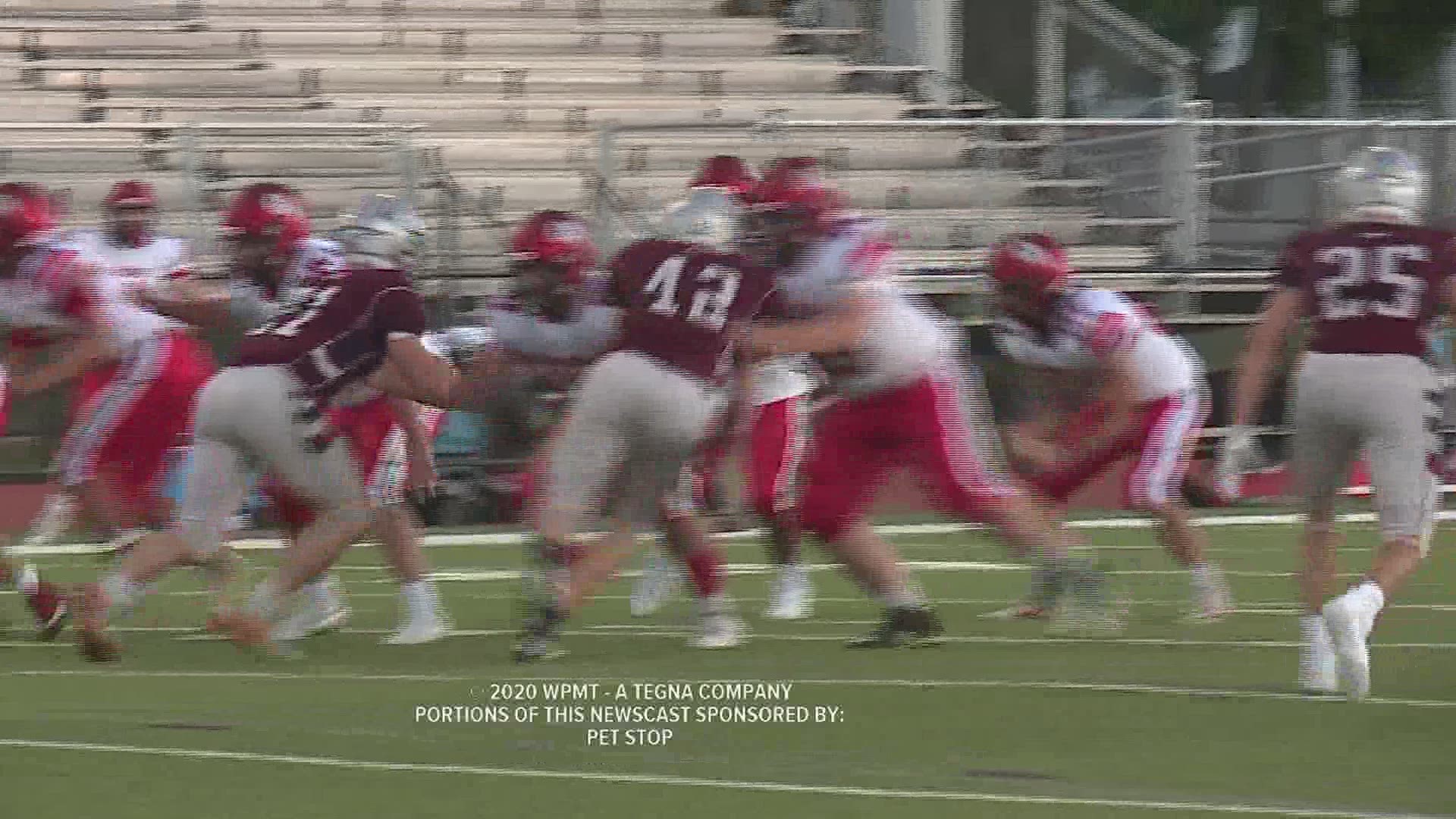