The top five finishers from each weight class will advance to the super regional. 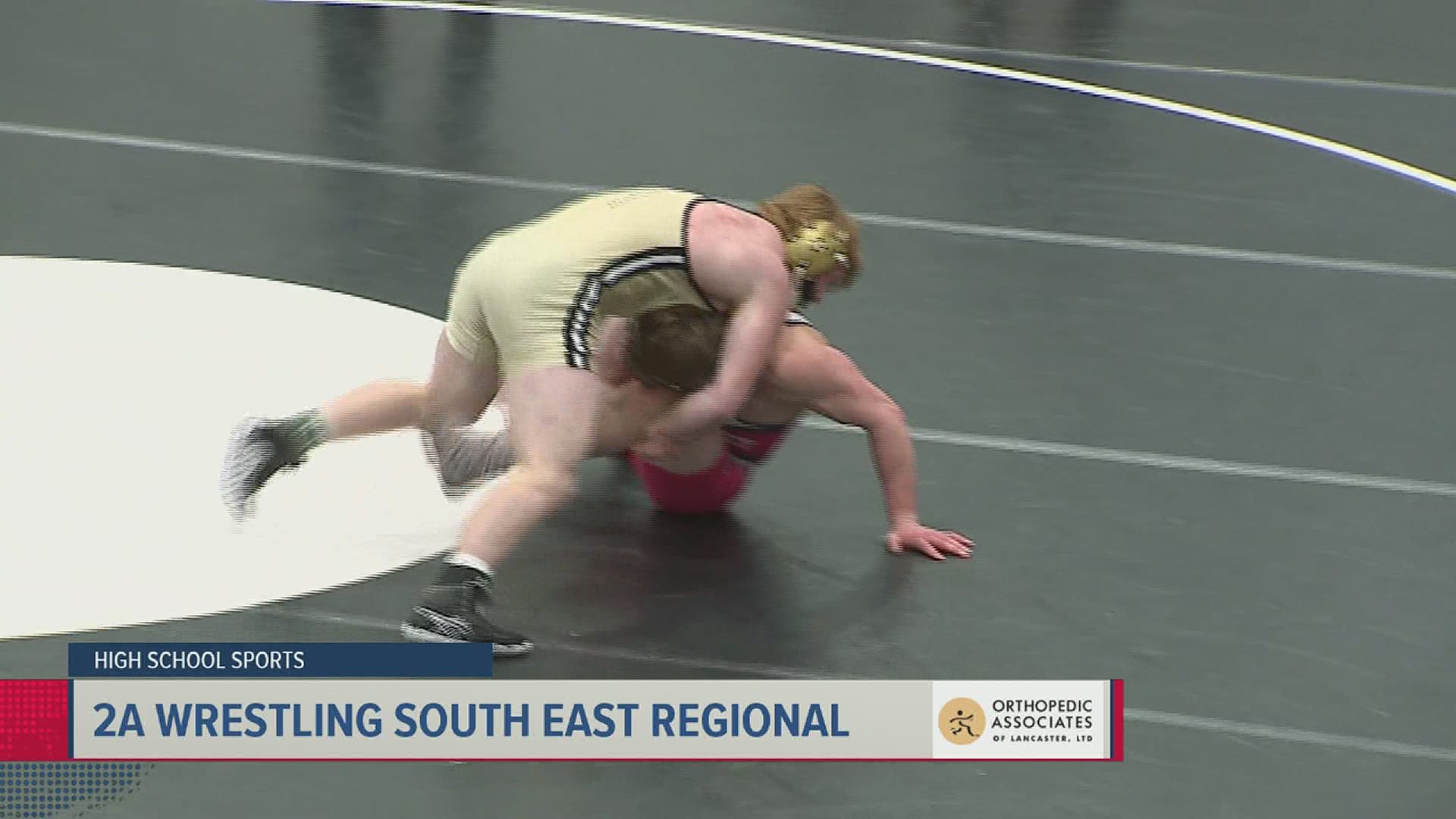 DAUPHIN COUNTY, Pa. — Central Dauphin East High School was a busy one as Class 2A wrestlers from the southeastern part of the state made their way to the regional in Panther country.

Camp Hill's Christian Doi was the first local on the top of the podium following a 4-3 decision in 126 pound weight class.

"It feels great," said Doi with a smile.  "This whole week, I knew I could get first.  The hard work paid off and it showed on the mat."

"I like to wrestle free, just focus on the things that I can control, going out, scoring lots of points, and just having fun with it," said Haines.

At 189 pounds, Halifax's Bryce Enders was able to add some padding to his lead late in the third on his way to the title and the 5-2 decision.

"I didn't perform as well as I wish I would've," said Enders.  I wanted to take more shots, more set ups, but overall it wasn't a terrible day.  Hopefully I get better this week and move on to next week."

"I went into this one thinking that I've got to move around more and score some more points.  I don't think I scored so many points, but I definitely moved more and it felt good to feel more nimble on the mat," recalled Robell.

The top five finishers from Saturday will move on in the state tournament to the super regional.