Yurcich was Shippensburg University's offensive coordinator for two seasons in 2011 and 2012. 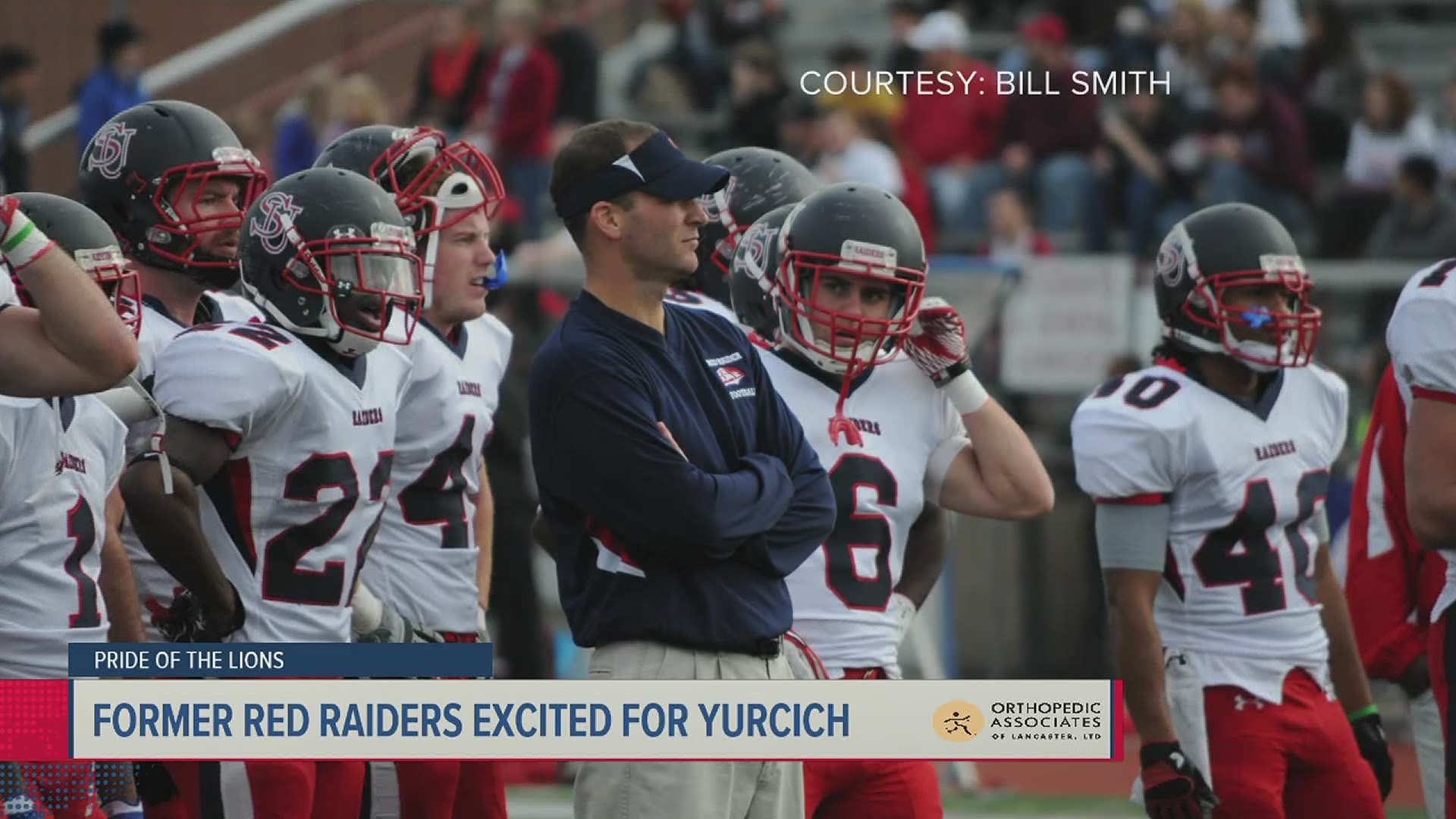 His resume at Ship boosts him to Oklahoma State for six years, Ohio State, Texas and now Happy Valley in 2021.

At Shippensburg, Yurcich brought a different style of offense to the table. In 2011, his first season with the Red Raiders. Throws the old style "wing T" to a new "spread" offense. It wasn’t just his style – it was his energy that stands out to players he’s coached.

“You drew to that level of energy that he has that he carries with them all the time," said Trevor Harman, former Shippensburg wide receiver. 'We had morning meetings everyday around 5:30-6 o’clock and from that morning meeting, he was wired and ready to go.”

In 2012, the Red Raiders made it to the second round of the NCAA playoffs and their quarterback, Zach Zulli, was named to the most prestigious award in DII, the Harlon Hill. Just five PSAC players have ever won the trophy.

“This was a team trophy. This was never an individual thing. You know, that season was insane. We had everything go right," said Zulli.

With the hopes of getting a handle on the pandemic, Ship players are already trying to make plans to see Yurcich excel with the Nittany Lions.

“Within a few hours after we found out, everyone was already wondering what your schedules were for the fall,” said Harman.