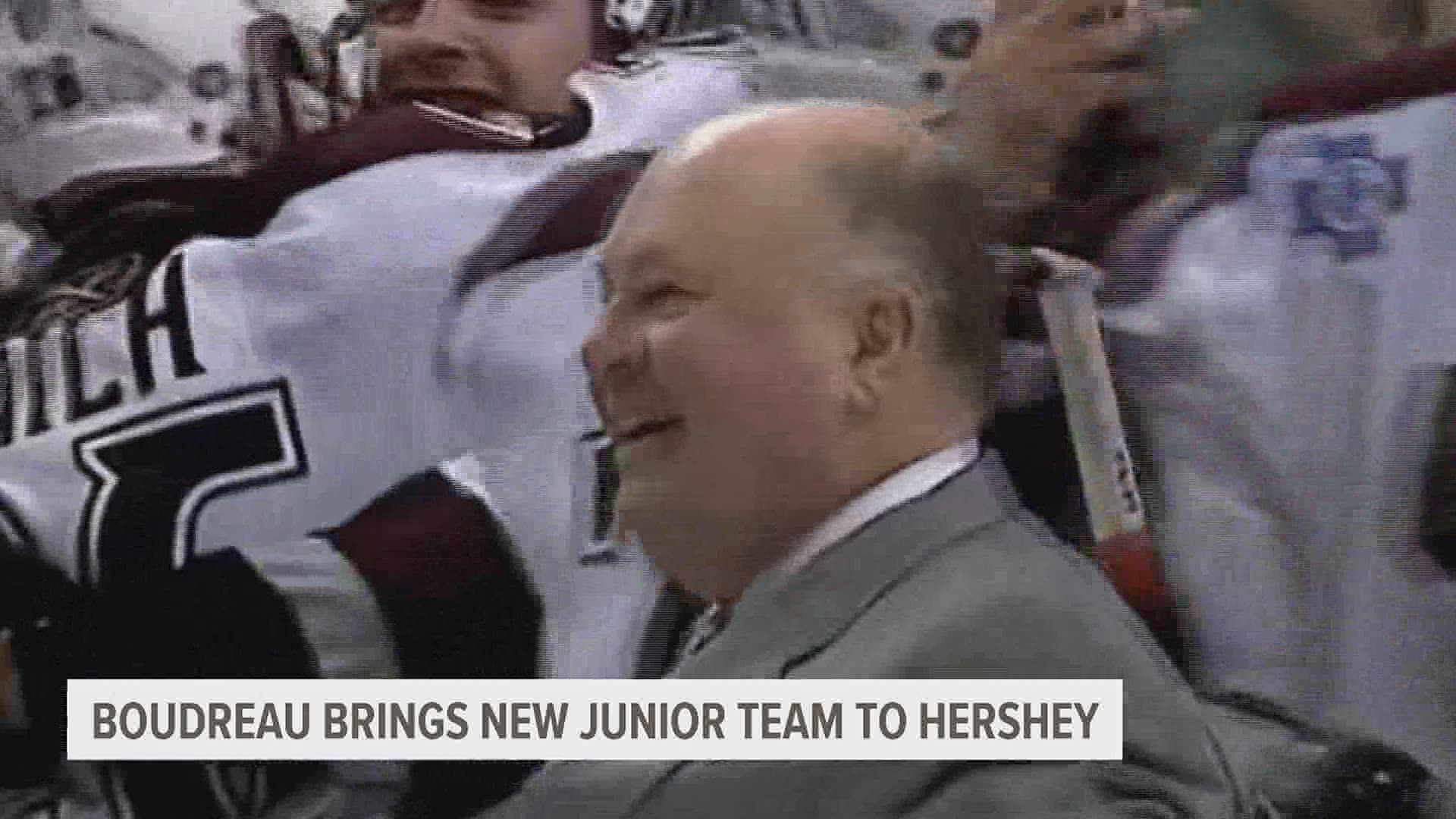 The hockey memories in Hershey are all good for Bruce Boudreau. He guided the Bears to a Calder Cup Championship in 2006. After his promotion to the Washington Capitals and more than a decade as a head coach in the NHL, Bruce Boudreau and his wife Crystal are now residents in Chocolatetown. They are also owners of a new United States Premier Hockey League Team that will call Hersheypark Arena home.

The league's current footprint features 62 teams across the United States, including the nearby Skipjacks Academy in York, Pittsburgh Vengeance in Harmar Township, and the Philadelphia Hockey Club in Sewell, New Jersey. The Boudreau's are also owners of the USPHL Premier Division's Minnesota Blue Ox, where their son, Brady, serves as an assistant coach.