No. 4 Penn State takes on No. 3 Iowa in huge Big Ten showdown Saturday; here's what you need to know

The NIttany Lions take on the Hawkeyes at 4 p.m. from Kinnick Stadium in Iowa City. The game will be televised on FOX43. 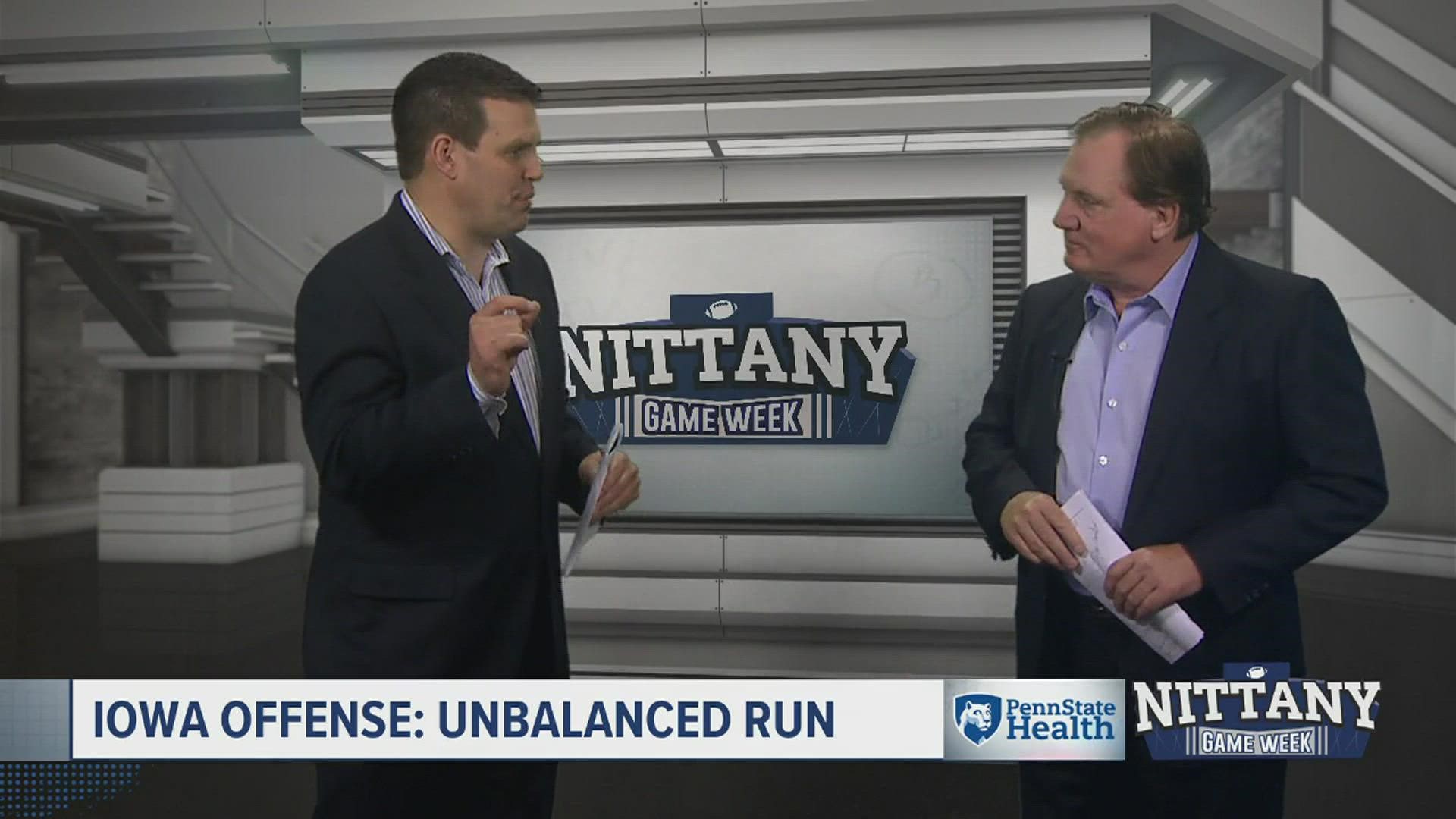 STATE COLLEGE, Pa. — Penn State has another huge showdown on the schedule this week, as the fourth-ranked Nittany Lions head to Iowa City to take on No. 3 Iowa in Kinnick Stadium.

Here's what you need to know about the game.

THE SERIES: This is the 31st meeting between Penn State and Iowa, with the Nittany Lions holding a 17-13 advantage. Three of the last four meetings have been decided by one score. Penn State had a six-game win streak in the series from 2011-19, but fell 41-21 in last year's matchup at Beaver Stadium.

TOP FIVE MATCHUP: Saturday's game will be the 11th in program history where both teams are ranked among the Top Five of the AP Poll, and the Nittany Lions' first since 1999, when No. 3 Penn State earned a 41-7 win over No. 4 Arizona.

It's also Penn State's first Top Five matchup against a Big Ten opponent since 1997 vs. Michigan (No. 2 Penn State vs. No. 4 Michigan).

Penn State is 4-6 all-time in matchups where both teams are ranked in the Top 5 of the AP Poll. The Nittany Lions have played in six more matchups between top five teams in bowl games, and is 2-3-1 in those games.

ABOUT PENN STATE: The Nittany Lions held Indiana scoreless in a dominant 24-0 victory last Saturday. It marked Penn State's sixth shutout since 2014 and its fourth against a Big Ten opponent. Penn State handed Indiana its first shutout loss in 246 games (2000 vs. Michigan). It was the Lions' first shutout of a Big Ten foe since 2019, when they blanked Maryland.

Penn State was once again strong in the red zone against Indiana. The Lions rank second in the nation and leads the Big Ten allowing a 53.3 conversion rate in the red zone.

Penn State held Indiana without a score in both of the Hoosiers' trips into the red zone last Saturday. In the first quarter, the Nittany Lions stopped Indiana on fourth-and-one from the Penn State 4 yard-line. In the third quarter, Penn State blocked a 30-yard field goal attempt.

Opponents have been held without a score in 7-of-15 trips into the red zone against Penn State this season.

With two touchdowns in the game, QB Sean Clifford and WR Jahan Dotson connected for the 18th time on TD scores, passing Todd Blackledge and Kenny Jackson (1980-82) for the most by a Penn State QB-WR duo in program history.

Penn State scored on a 9-play, 96-yard drive in the second quarter. It is Penn State's longest drive, by yards, this season.

ABOUT IOWA: Iowa is 5-0 this season and coming off a 51-14 win over Maryland last Friday. Spencer Petras threw for 259 yards and three touchdowns. The Hawkeyes held the Terrapins to 271 yards and forced seven takeaways, including six interceptions.

The Iowa defense is allowing 271.4 total yards per game, including just 87.0 on the ground. The Hawkeyes have forced 16 turnovers, including 12 interceptions.