Frenzy Five: Here are five games to watch in Central Pa. for Week 3

The FOX43 Frenzy Game of the Week is the rivalry clash between Ephrata and Warwick for the George Male Trophy. 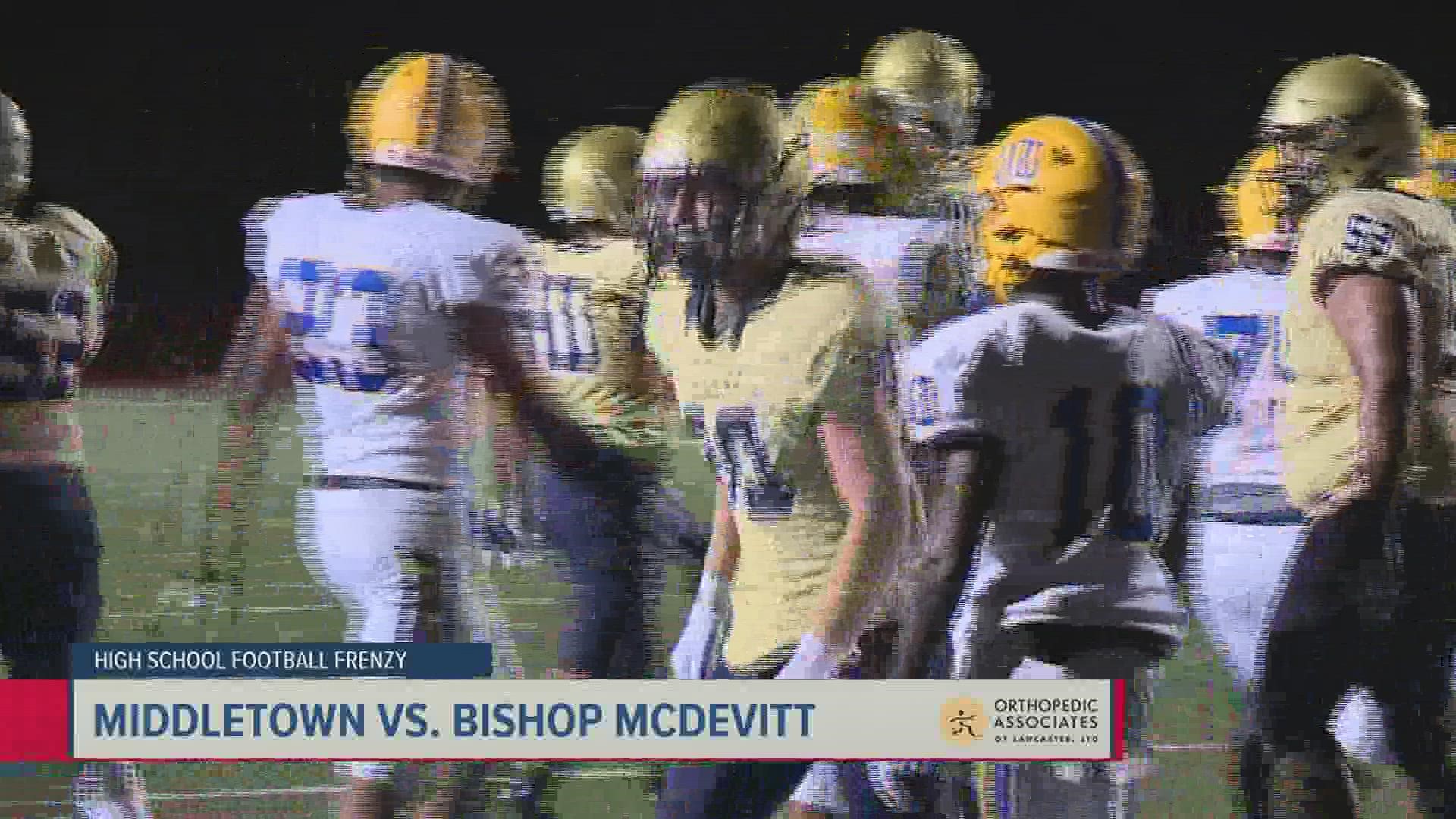 Our Frenzy Game of the Week is a backyard brawl between two Lancaster County neighbors. It's a rivalry game between two teams off to good starts, with a bit of hardware on the line.

Yes, Friday's clash between Warwick and Ephrata should be a good one. The FOX43 sports team will get you ready for all the action with the High School Football Frenzy Friday at 6 p.m., then give you highlights of all of Friday's action at 10.

To whet your appetite, here's our weekly glance at the biggest games on the menu. Yes, it's time for the Frenzy Five.

Frenzy Game of the Week

The George Male Trophy goes to the winner of this L-L League backyard brawl. It's the 91st meeting between Warwick and Ephrata, with the Warriors holding a slim 46-38-1 advantage in the all-time series.

Ephrata is off to a 2-0 start for the first time in 21 years after rolling to victories over Muhlenberg (41-20) and Palmyra (28-7). The Mountaineers' main catalyst on offense is RB Andre Weidman, who has racked up 306 rushing yards and six touchdowns in his first two games. His rushing total ranks second in the L-L League behind Cocalico's Anthony Bourassa (389 yards, five TDs).

The Mountaineer defense, meanwhile, has allowed under 150 total yards per game and forced four turnovers in its first two games.

But that defense will be tested this week. Warwick's offense averages a tick under 400 yards and 33 points a game, all while facing stronger competition. New starting QB Jack Reed has completed 28 of 50 passes for 583 yards and five touchdowns, while wideout Cooper Eckert has a league-leading 270 receiving yards on 12 catches, including three touchdowns.

Warwick defeated defending District 3 Class 4A champ Lampeter-Strasburg 45-22 in its season opener, but fell 28-21 to CD East last week to even its record at 1-1. The Warriors lead the Panthers 21-14 at halftime, but allowed CD East to rally behind second-string QB Terrence Jackson-Copney, who hit Penn State recruit Mekhi Flowers for a 5-yard TD strike and ran in a 1-yard score to fuel the surge.

Other Games to Watch

It's a battle of unbeatens as the Rockets travel to Dillsburg to take on the Polar Bears in a cross-county, intra-conference clash.

Spring Grove knocked off West York 38-6 last week after opening the season with a 25-20 nail-biter against Waynesboro. Running back Zyree Brooks has erupted for five touchdowns in his first two games, including three last week, for the Rockets.

Northern romped to a 31-0 win over Dover last week after winning a 42-28 shootout with Red Land in Week 1. The backfield tandem of junior Talon Balluscio and sophomore Cole Bartram have carried the load for Northern, combining for 396 rushing yards and six touchdowns in the first two weeks.

QB Tim Bonin has completed 14 of 23 passes for 220 yards and three scores in his first two outings for the Polar Bears.

It's been a strong debut for first-year coach Tony Shermeyer at South Western; the Mustangs are 2-0 for the first time since 2009 after putting up 34 points in each of their first two outings.

Owen Reed and Cohen Bull each eclipsed the 100-yard rushing mark in last week's 34-7 win over York Suburban. Bull had two TD runs in the first half, and Reed added an 86-yard scoring run in the fourth quarter for South Western.

New Oxford is also off to a good start; the Colonials knocked off East Pennsboro 21-0 last Friday in the FOX43 Frenzy Game of the Week. Quarterback Jett Moore scored twice on the ground for New Oxford against East Pennsboro, but the Colonials have been getting it done with defense in the early going. New Oxford has allowed just seven points in its first two games.

The Frenzy Five's third battle of unbeatens pits the L-L League against the Mid-Penn Commonwealth as Cedar Crest heads to Cumberland County to take on the Thundering Herd, who are coming off a 49-0 rout of Hershey last week.

Quarterback Louis Shank has been on fire since taking over under center midway through Carlisle's season-opening victory over Mechanicsburg. After stepping in to throw three touchdown passes to lead the Herd to victory in Week 1, he took over as the starter last week and threw three more touchdown strikes to help Carlisle defeat Hershey.

Ezeekai Thomas, who moved into a hybrid rushing/receiving role after Shank took over for him at QB against Mechanicsburg, also had a big game against Hershey, with 103 rushing yards and a score.

Cedar Crest leads the L-L League in scoring offense after putting up 90 points in its first two games -- a 38-0 win over Lebanon and a 52-14 triumph over Gettysburg. QB Jay Huber leads the Falcons' high-flying attack with 420 yards and six touchdowns on 22-of-35 passing. His top target through two weeks has been Nolan Goff, who has hauled in eight catches for 161 yards and a touchdown.

The Falcon defense has allowed just 377 total yards in its first two games.

The visiting Colts have survived a pair of shootouts in their first two games, outlasting Red Lion 56-35 in Week 1 and holding off Cocalico 33-27 in a back-and-forth battle last week. Offense certainly hasn't been a problem thus far for Cedar Cliff, which is averaging 484 yards and 44.5 points per game heading into Friday night.

Junior QB Ethan Dorrell has completed 33 of 43 passes for 500 yards and six touchdowns in his first two starts for the Colts. Senior wideout Trenton Smith has hauled in 16 receptions for 303 yards and three scores. Senior Jontae Morris (33-240, two TDs) is the main threat on the ground for Cedar Cliff.

The Colts will have their hands full this week. CD East evened its record with a 28-21 victory over Warwick last Friday after falling 24-21 to Manheim Township in its season opener.

CD East trailed 21-14 at halftime, but rallied behind backup quarterback Terrence Jackson-Copney, who subbed in after starter Tony Powell limped off with an ankle injury. Jackson-Copney threw for one touchdown and ran for another as the Panthers rallied to victory.

Steel-High transfer Mekhi Flowers, a Penn State recruit, has nine catches for 99 yards and a touchdown in his first two games as a Panther.

Powell, whose status for Friday is unknown, has 247 passing yards, 79 rushing yards, and four total touchdowns in his first two games. 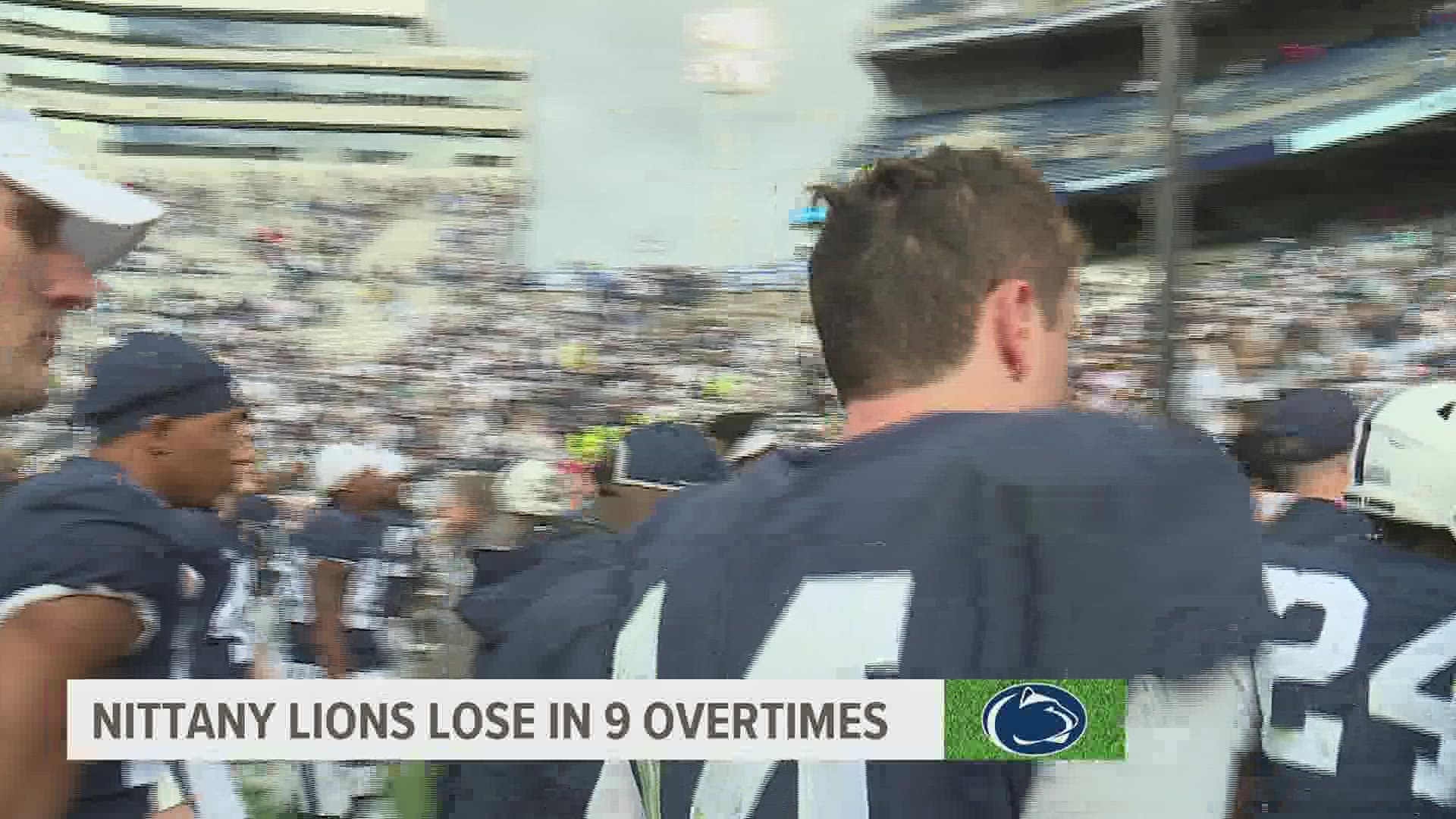