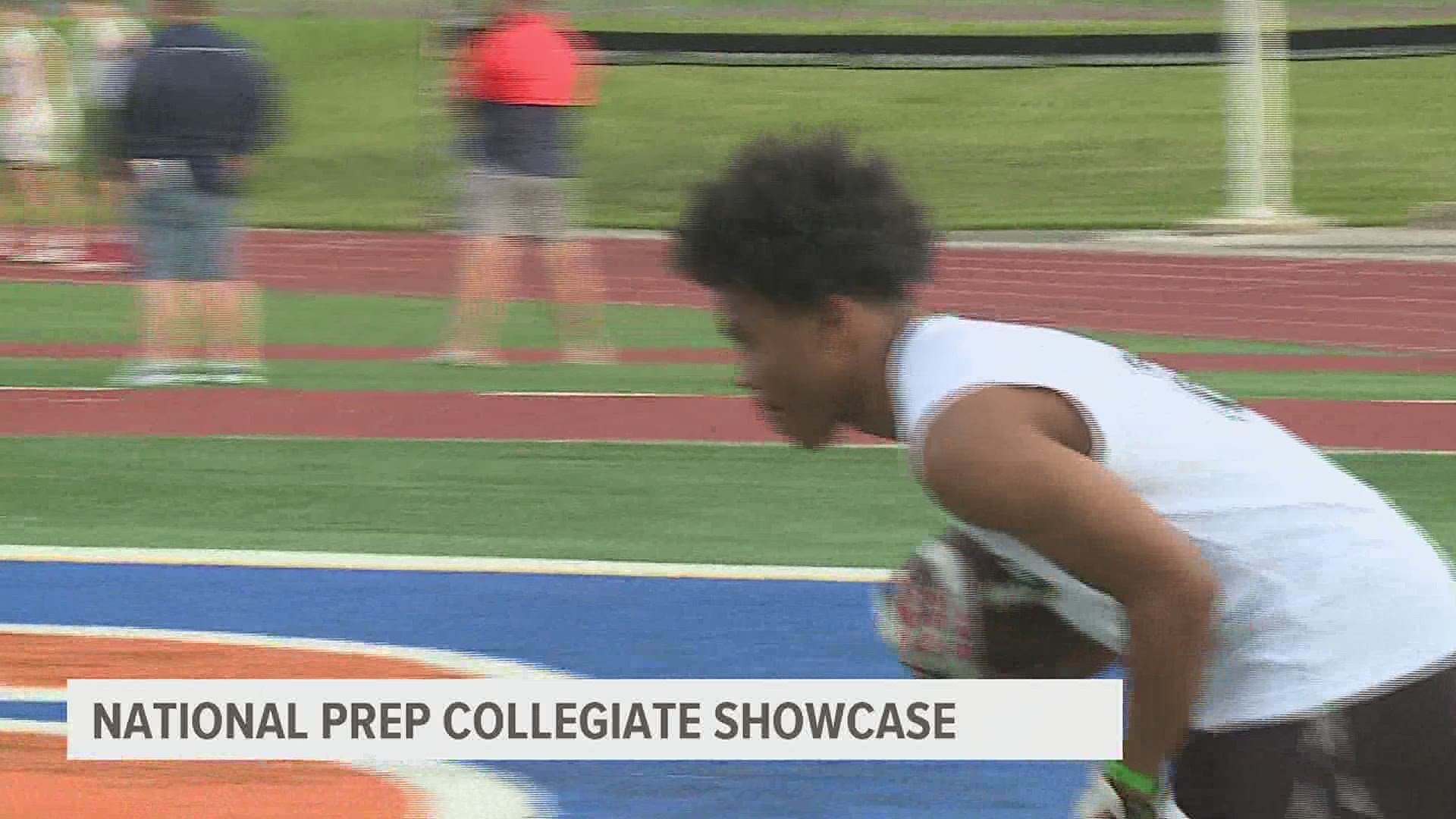 YORK, Pa. — It seems like the high school football season is now year-round, especially for players that want to play in college.

A national prep collegiate showcase took place at the home of the York High Bearcats on Tuesday Night. Players from all around the region showed up to show out for college coaches from all divisions.

If the coaches weren't there in person, they can always watch the video later.  Every drill is filmed and every kid gets a profile.  It's one stop shopping for the prospective athletes and the programs on a talent search.

"The combine so far has been a great experience really," said York High Senior Steven Roland. "Some drills are new to me but most of them are second hand. Everything that we do really is just about hard work and effort and we're just having fun out here."

"We're just trying to evaluate as many young men as possible during the month of June before we get in to our stuff in July," confessed Frostburg State Head Football Coach DeLane Fitzgerald. "With COVID and a lot of them having abbreviated seasons or having no season at all their sophomore or junior year, getting out here and seeing them run around is pretty important."

The video attached to this story aired on FOX43 on Tuesday, June 16th.