A lot of differences the 2020 high school football season has in store to keep student-athletes and their families safe. 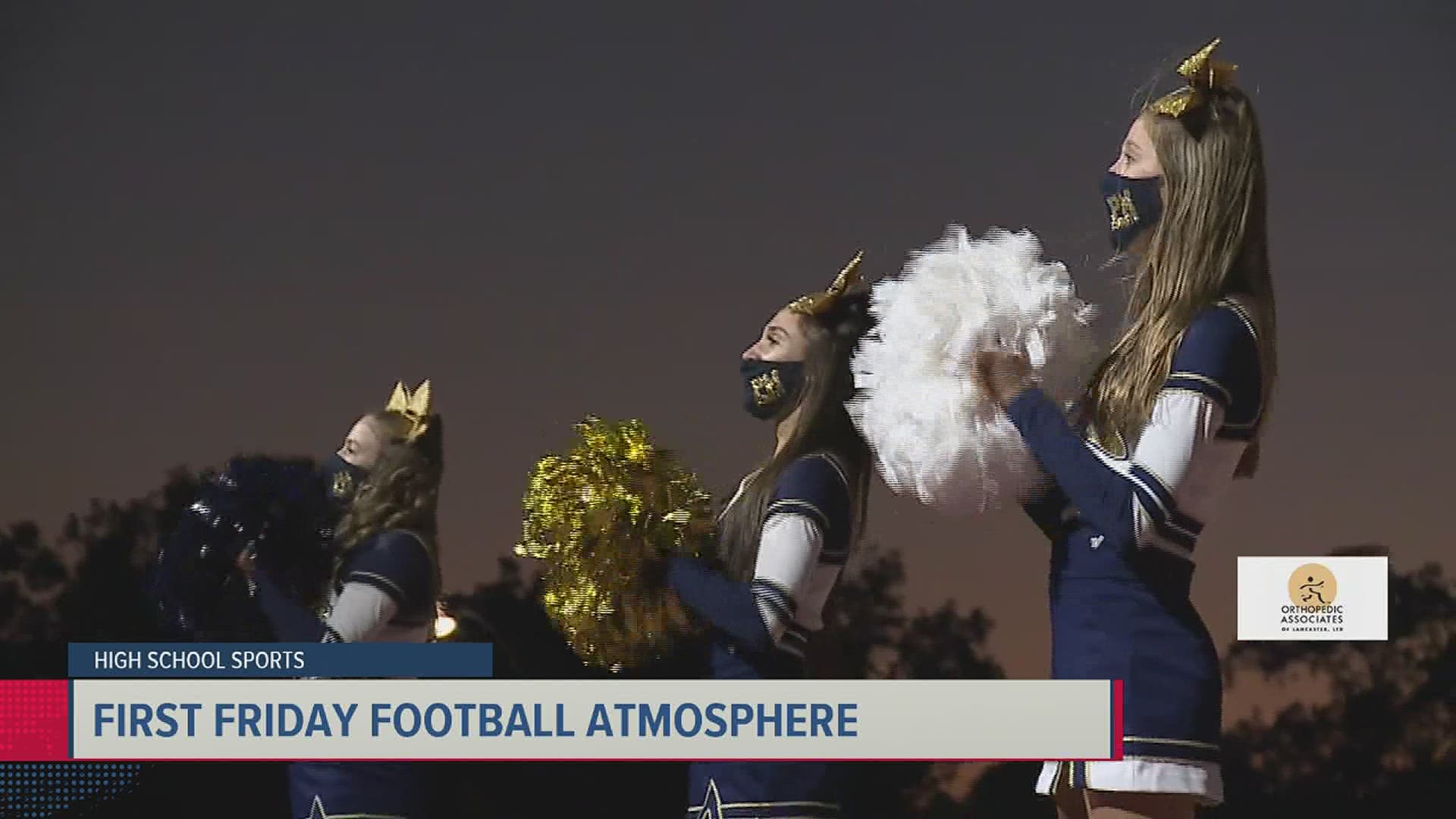 As the sunset on Friday, an empty feeling lingered as some stadiums were completely empty, had the band playing or allowed a handful of fans

Everyone entering the stadium. Whether an athletic, coach, parent or a supervisor, all must wear a face mask at all times.

“This is so amazing,' said Michele Braas, Penn Manor parent. 'We have been waiting day by day to get to the answer on whether or not parents would be allowed to watch and for it being our son’s senior years. We’re just so excited. It’s unbelievable.”

For those who could not attend the game, schools now have a way of live streaming so people can watch in the comfort of their own homes.

“We’re going to fill in for everyone who’s not here and we’re supporting the entire team. Not just the seniors. We’ve been supporting them and giving them everything we have to try and make this season the best," said Braas.