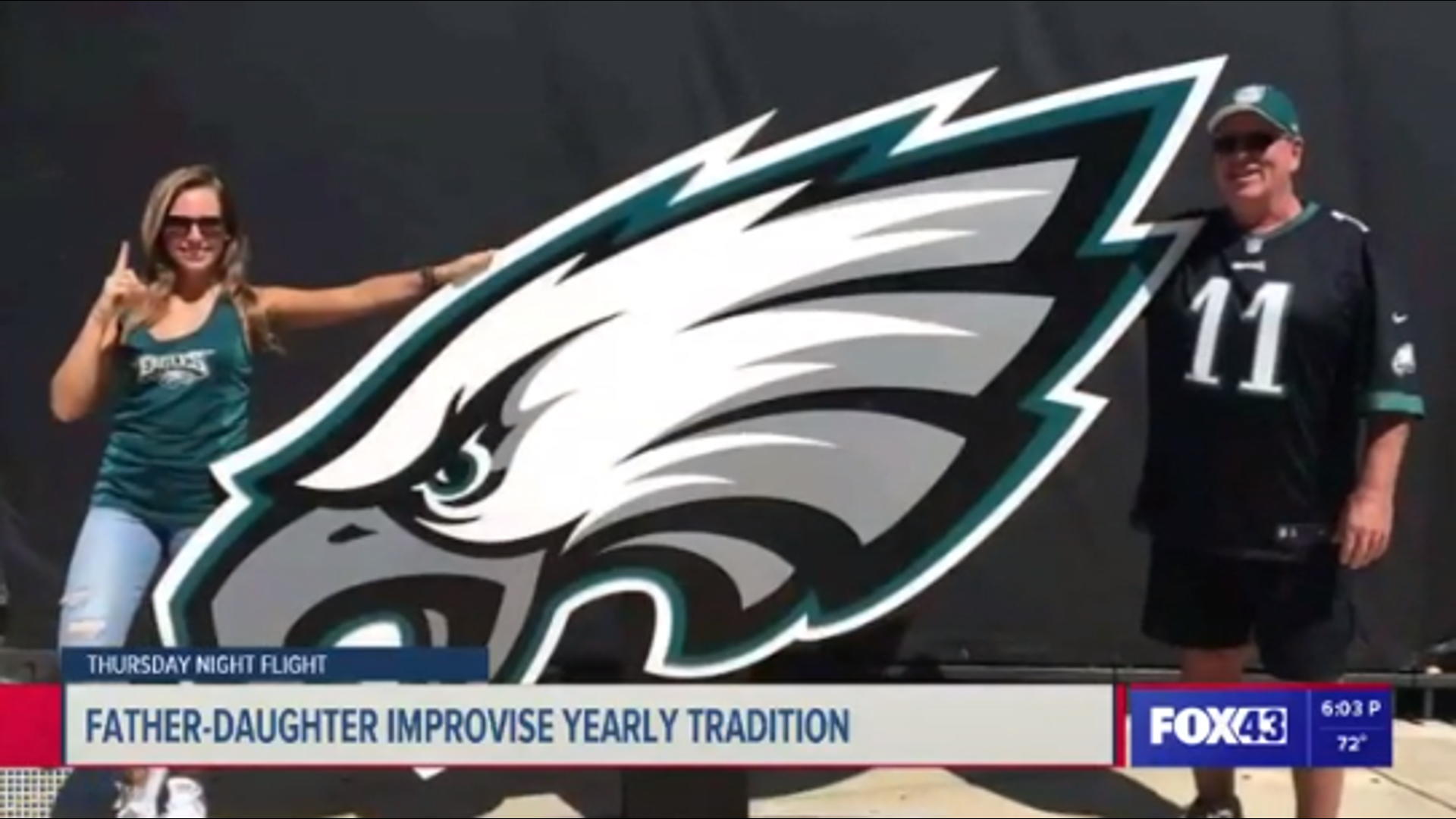 YORK COUNTY, Pa. — COVID-19 has brought many changes for sports lovers across the world, and it's no different for Eagles fans.

If you ask Ed and Shannon Camp, the father-daughter duo from York County, just how much they love the Philadelphia Eagles, they'll tell you --

"We watch every single game," Shannon said. "Every Sunday, Monday, Saturday, Thursday, whenever they are playing it is on our television."

That makes Shannon the fourth generation. Ed is a 30-year season ticket holder. His daughter attended her first game at just 7-months-old.

"We would bundle her up," Ed said. "We'd sit there in the rain and the snow. And it was funny back at the Vet she was like a mini-celebrity. She would ride up to the 700 level on my shoulders and 200 guys would wait for her to high-five her on the way up the ramp to the 700 level every single Sunday. It was awesome."

That was pre-COVID-19. Several years ago, Shannon moved down south to Savannah, Georgia.

"Even with me being so far away I still fly up every home opener," Shannon said. "We make a big deal out of it. We do not sell the tickets. It is just me and my dad and my family that go."

In fact, the pair haven't missed a home opener in person since 1993. And they don't consider this year to be a break in their tradition.

"They didn't have one this year," Ed said. "So I flew to Savannah and so we maintained our opening day tradition. We watched it on TV at Shannon's house."

And despite the Bird's rough start this season, these fans understand to appreciate the good times you have to get through the bad.

"They could play a little better here and there," Ed said. "But the truth is if it was easy to be an Eagles fan, everyone would be one."

"We're still running on the high from winning the Super Bowl against the Patriots," Shannon said.

Now that 5,000 fans are allowed back in the stadium, based on a lottery system, Ed hopes they will get picked to attend at least one game this season.