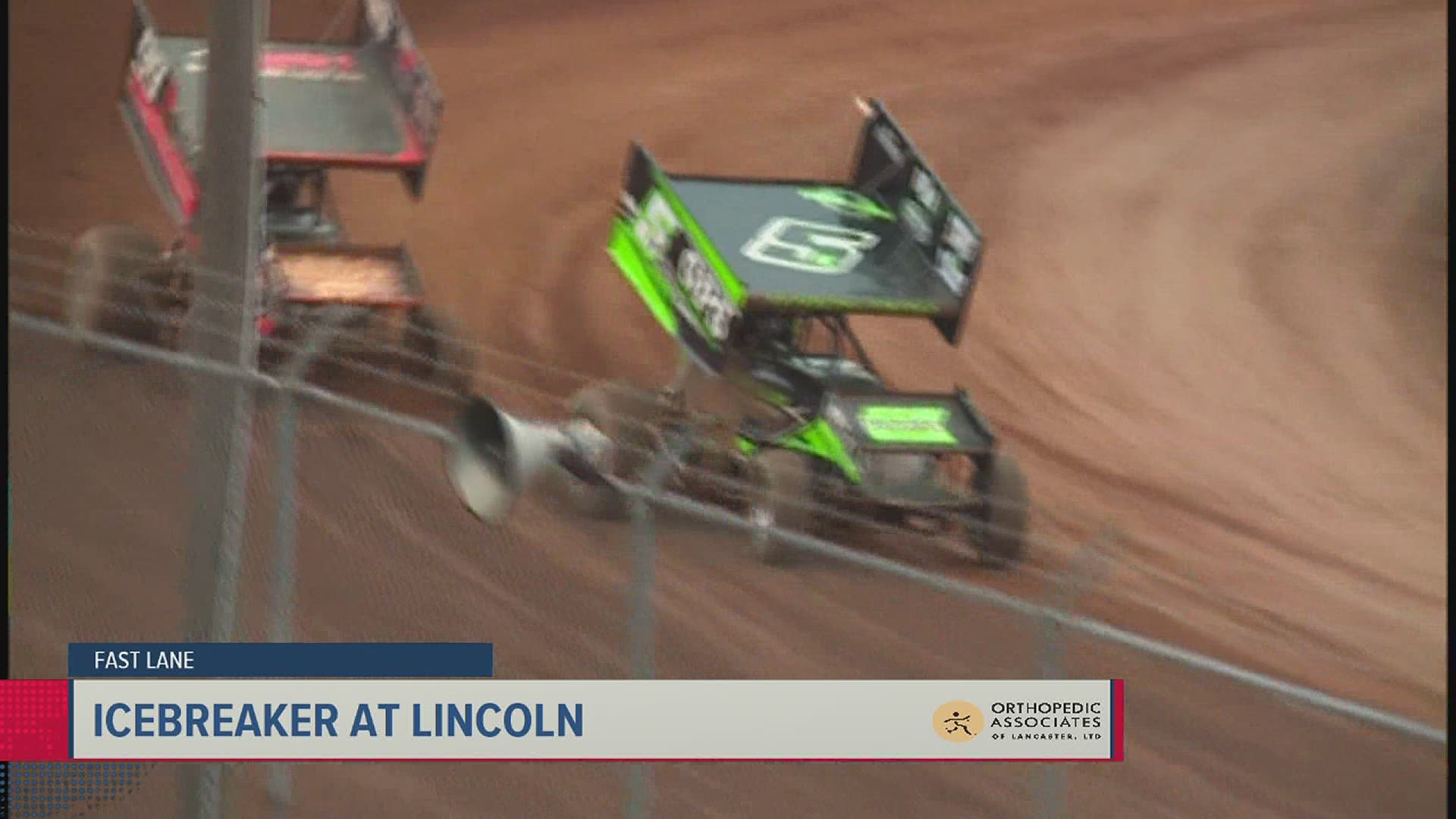 ABBOTTSTOWN, Pa. — The anticipation of pushing back the IceBreaker a week paid off after having a beautiful Saturday afternoon to kickoff the 2021 racing season at the Fabulous Lincoln Speedway.

With rain and snow overnight, Lincoln Speedway pushed back the start of the IceBreaker by two hours. Haulers were finally able to roll through the gates at 1:30 p.m.

They parked, uploaded and rolled out the cars, revealing brand new paint schemes for the first time.

Eager fans lined the fence waiting to purchase a ticket.

“It’s exciting,' said Allen Knoll of Red Lion. I love the atmosphere. My kids love it. I’ve been bringing my son since he was two years old and his first race was the National Open at Williams Grove and ever since then, he just loves going to the races.”

“The smell, the sound, the memories I make with my son and the memories I have with my dad. There’s no place like Central Pennsylvania, they have the best competition. All we have to say as posse members, I’m your huckleberry,” said Dan Keim of Elizabethtown.

It doesn’t matter who you cheer for, not only the fans are excited, but the drivers and teams are ready to let the dirt fly.

“It’s great. Once it comes, it’s every weekend. It’s good to break it in and get into it now and get things rolling again," said Brandon Rahmer, driver #88.

“All winter long, we’re waiting for mother nature to give us a chance to race and then to luck out with a nice day, regardless of the conditions. It’s pretty exciting for everybody to get back out here. We’re kind of bored at home,” said Billy Dietrich, driver #8.

Finally, it was time push off and hear the roar through the Pigeon Hills for the first time in 2021

Kyle Moody pulled the pole position with Tim Wagaman to his outside.

Wagaman passed Moody on the 5th lap and never looked back, even being challenged by Moody and Matt Campbell the final 25-laps.

“You put so much into it. You care about it so much. It’s draining, especially after a race you give it your all and your mind is crazy. It’s just emotional,“ said Wagaman after winning his second career 410 feature since 2014.