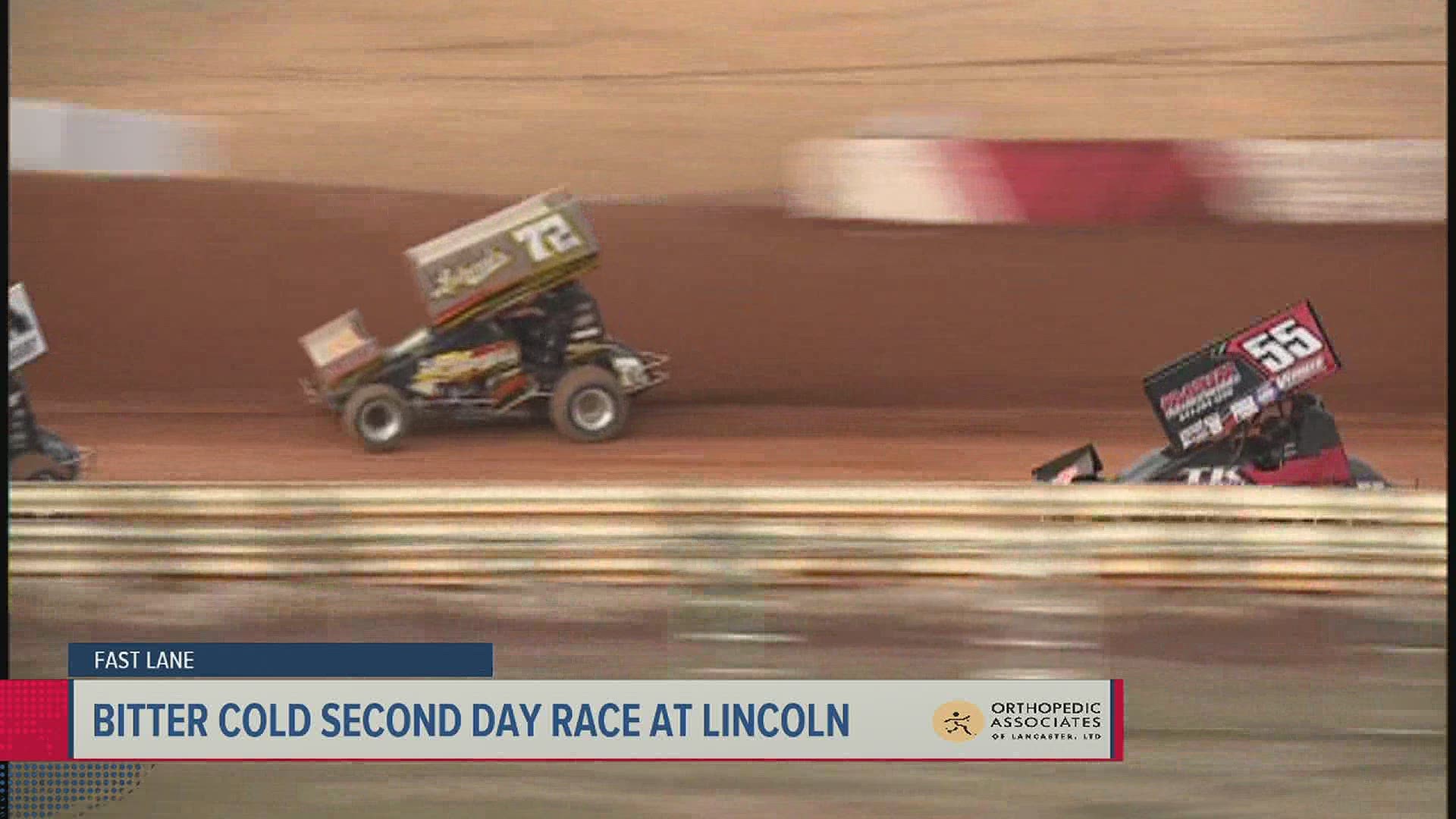 ABBOTTSTOWN, Pa. — It was a chilly afternoon for the second race of the season at Lincoln Speedway but it didn't stop 27 teams from coming out to race.

One driver Central Pennsylvania driver, Kyle Moody, knows what it feels like to let a win go. Last week, after pulling the pole position pill at the IceBreaker, Moody was pasted half way through the race and said, “I felt like I truly gave one away last week.”

With a second place finish, Moody says he can’t let pole positions side away that easy. Moody Motorsports is striving for success after a busy off season gearing towards the new season.

“When had put in a lot of preparation into the car over the winter. It just takes getting good finishes at the beginning of the season and being consistent and keeping the momentum rolling," said Moody.

Traveling all the way from Indiana, All-Star driver Hunter Schuerenberg was hoping to race twice in Central Pa this weekend to get a better feel for Pa tracks.

“We were already halfway here when Port (Royal) canceled so we just thought to keep driving," said Schuerenberg.

The All-Stars points season doesn't start for another month. The national tour will make four swings to Central Pa. Schuerenberg hasn't raced a winged car around Lincoln and says PA tracks can be very demanding. They want to build their notebook as much as they can.

“I'm a short track guy. (PA) Tracks are big. Your cars have to be very close and the competition here, these guys run on the race tracks every week. So, all that together just makes it really tough. Not only does your car have to be good, your motor has to run. You yourself have to have the track figured out," said Schuerenberg.

Heaters kept the motors warm and oil temps hot for the best performance in colder temperatures. With similar track conditions as the IceBreaker a week ago, a good pill draw is important. With 27 cars, there was three heats.

The Steel City Outlaw, Tim Shaffer wins the first heat. Tim Gladfelter does the same in heat two and goes green to checkered then Schuerenberg battled Billy Dietrich on the start. Glendon Forsythe hugged the rail to jump to the lead and he would win the final heat.

Lincoln has enough cars make it untouched through the heats to be able to have a B-Main for the first time 2021.

Chad Trout jumped to the early lead and was able to hold it and win the B.

Foreythe pulled the pole position as Schuerenberg lined up beside him then takes the lead away before they even hit the first turn. Later in the race, Schuerenberg hits a car trying to exit the track, damages a shock, front wing and even had gas spraying on him by the time the race ended. With four laps to go, Shaffer put his nose to the rail in turns three and four and was able to get a run on Schuerenberg to take the lead and the checkered flag.

“We were very competitive in Florida and to come home and win here at Lincoln. It’s awesome," said Shaffer.

That's Shaffer's first 410 win of the season, third time in victory lane this year with Heffner Racing with 2-360 wins in Florida.

Outlaws: Nearly a month between races for the World of Outlaws. They added another swing to Florida to get back racing and the first night back on Friday at Volusia, Carson Mecedo wins and is the hard charger for going 10th to 1st, picking off 9 cars to take the lead with four laps to go.

Then Saturday night, the Outlaws returned to East Bay for the first time in 38 years. From green to checkers for Aaron Reutzel. He led all 35 laps in his very first Outlaw victory. Mecedo once again was a force to wrecking with. He was named the hard charger for the second night in a row after starting 17th and finished 3rd. Mecedo currently leads the Outlaw points for the first time in his career.