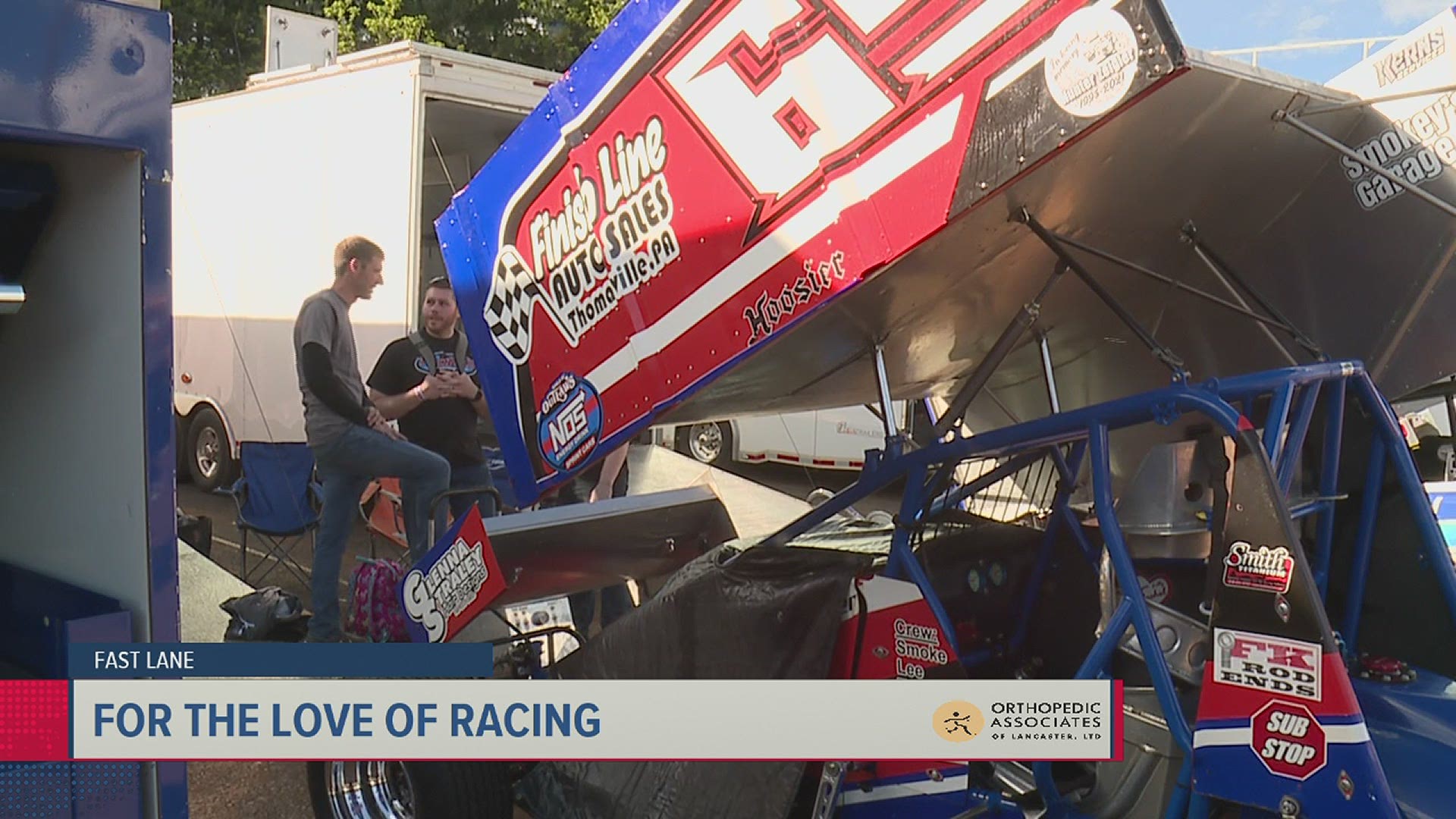 SPRING GROVE, Pa. — Mr. 100: It's been a long time in the making. After three, top three finishes at Williams Grove this year. There has been a number hanging over the Sprint Car Hall of Fame driver Lance Dewease for nearly a year. He finally checked off his 100th win at Williams Grove on Friday.

Dewease is the only driver to reach triple digit wins at the Grove. He collected his 100th in dominating fashion. He jet to the lead after starting forth to lead all 25-laps. It has been 29 years in the making from Dewease’s first win at the track to his 100th. His first coming in 1992.

To kick the week off on Tuesday at Bridgeport, Logan Schuchart chomped back into victory lane for his third win of the season – second with the World of Outlaws. That’s the sharks 25th career Outlaw win, as he's just 5 wins off of his grandfather Bobby Allen.

Port Royal: Keep your fenders on because the Outlaw Late Models make a swing to Port Royal for the Billy Vecek Memorial. Outlaw Chris Madden took the first race on Friday.

Just past halfway, if you ain’t rubbing, you ain’t racing as Madden goes wheel to wheel with Brandon Overton as they battle hard for the lead. Overton brought out the caution.

So, on the restart, York’s Rick Eckert challenged Madden but Madden was too strong and swept the weekend at Port.

“You know, one lane. Rubber racing. It’s very important to get the position when you can," said Madden who has now won three of the last four races.

Ryan smith was on the pole for the 410 feature but the leaders run into a little trouble in lap traffic with a one lane track. Mike and Logan Wagner get Smith on the inside. Mike held off Logan for his 13th career victory at "The Speed Palace."

“I’m just going to buy my time here and as soon as he (Smith) moved up a bit here, I got my nose in there. When I got to the lap cars, unless they were a lot slower than me, I wasn’t going to move up. I was staying on the bottom. Getting a good drive and make sure I hit my marks the last five laps," said Mike.

Chase Dietz caps of an exciting finish at Lincoln for his first win in the in Trone 39.

For the love of racing: A race team can’t run without all of its parts and it’s more than just a motor or a shock. It’s the people that make it all happen, the crew, the driver and the sponsors. Those all keep the 69 running.

After a 60-70 hour work week, “without my crew, I wouldn’t be racing. Everything that we work hard for, is for racing. It’s just like a way of life. It’s what we did forever," said Tim Glatfetler, driver of the No. 69.

Racing is something Glatfelter fell in love with at a very young age with his dad taking him to a racing show when he was four. Sure enough, when Tim turned five, he got his first race car.

“There was no place I’d rather be but in the race shop with my dad," said Glatfelter.

Being able to share his first 410 win with his dad back in 2008. That now expanded to an even bigger family, with all of his crew, right by his side.

Working together, sticking together and even make it a family trip to the car wash after a late night at the track.

“As a family and enjoy it. I mean we take it serious when we’re at the track. We work hard. We want to win. That’s why we go every week but we know a lot of nights we aren’t going to win. So we still try to enjoy the nights we don’t win but we always try to get better for the next week too.”

Being a lower income team, they keep a strict motor program that allows them 30 to 40 races a year. Mostly at Lincoln Speedway where Jim has two 410 wins.

“Just keep on working and see if we can get another win here soon.”