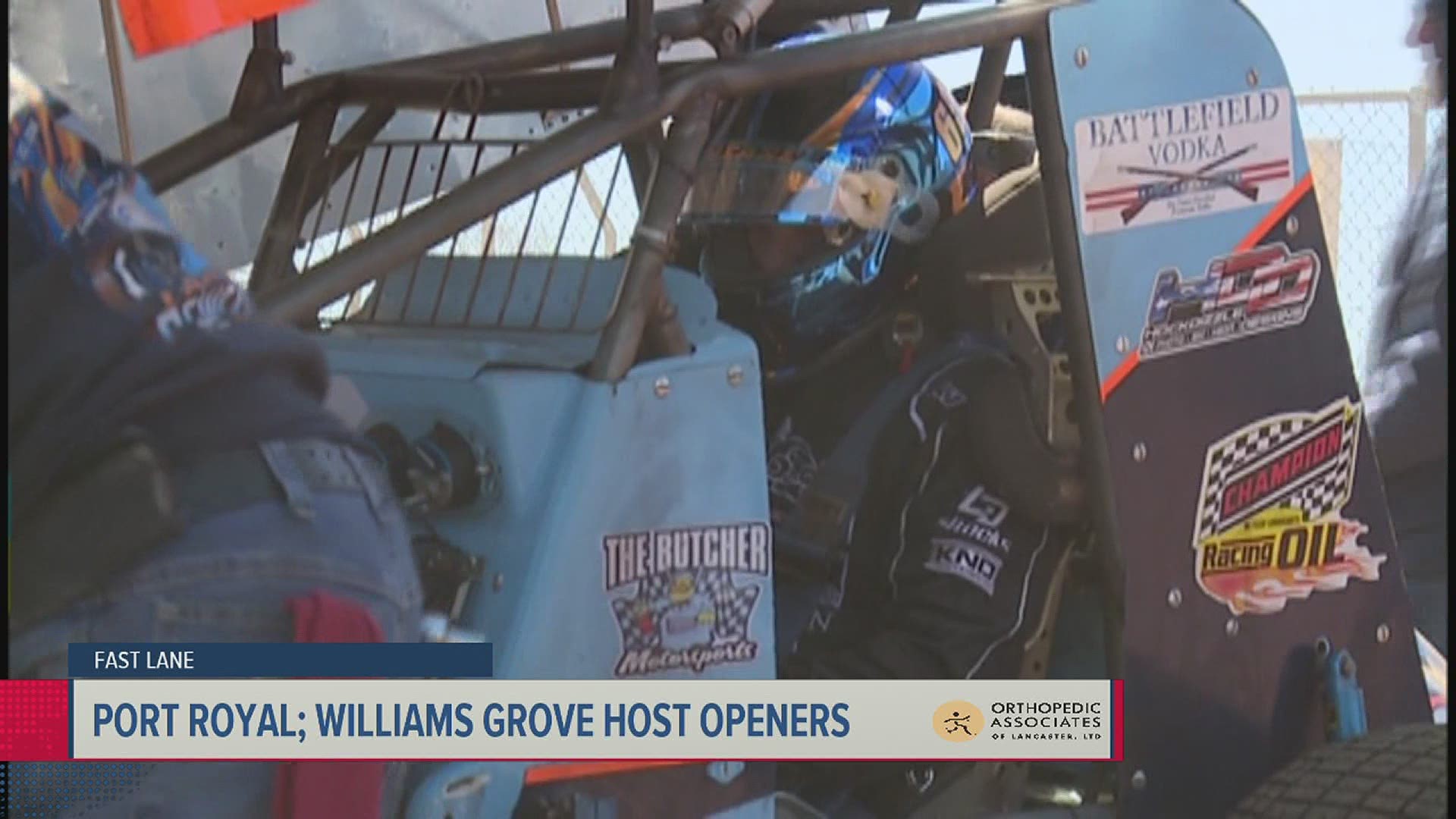 Pushing off into the 2021 racing season at the Speed Palace was a week late because of weather last week. Familiar faces return and hope to pick up where they left off. Especially for Logan Wagner, after winning the Port Royal track championship a third consecutive year, Wagner and the Zemco team have a goal to match Keith Kauffman and become the second driver-team duo to win four track championships in a row.

Others like "The Madman" Kerry Madsen, Lucas Wolfe Pat Cannon and Gerard McIntyer to make their debut at Port with new teams.

In just his second start in the No. 24, "The Madman" was a force to be wrecken with. All-Star driver Hunter Scheuenberg went high on the start of the A-Main. That gave Madsen the advantage of taking the middle lane and sneaking inside for not just second, but the lead away from Lance Dewease, after Dewease pulled the first pill to start on the pole.

With 18 to go, Cody Lehman spins and collected the B-Main winner, Jared Esh. Esh completely rips the fuel cell right off but was O.K.

Under a dozen to go, Logan Wagner matched his left rear to his dad Mike's front wheel coming off turn four to send Mike for a spin on the front stretch. Logan, Mike and Anthony Macri battled most of the night for 5th place. Macri was named the Hard Charger after starting 14th.

On the restart, Dewease was out like a jack rabbit and won his 116th career feature at Port Royal. After not having any success in Arizona, Dewease and team tested the night before to help with race setup.

“We went back to basics where we were and kind of tune on it and got the car rolling well," said Dewease.

In the Super Late Models, Port Royal announced they have the highest purse in the country on a weekly basis. Drivers will be flocking to the Speed Palace, for sure.

It was a big ole dust bowl to start the A-Main, three cars don’t even make it to the green flag. So, drivers have to settle for a compete restart. That gave fuel to Trevor feathers' fire. He got a run on the outside to take the lead after starting second, but it was a tough break for Rick Eckert. Running second he pulled in and parked in the infield just 10 laps in.

Feathers got pressure from Tyler Bear but keep his distance in traffic and was able to win back-to-back openers at the Speed Palace.

Flags never got a break for Williams Grove's opener Sunday afternoon as 30 cars line the pits on a windy day.

Brandon Rahmer’s debut the Westbrook Racing No. 1w and Austin Bishop in his first 410 ride. Two drivers looked to win back-to-back days, starting with Danny Dietrich after he won Lincoln Saturday and same with Dewease after winning his 4th opener at Port.

In the heats, Steve Buckwalter destroys the inside tires in turns three and four. One tire went flying into the track as the rest of the field managed to straddled Buckwalter and the tire. Alan Krimes went green to checker to edge out Troy Wagaman for the B-Main.

It was a little brotherly love on the front row for the feature with Freddie and Brandon Rahmer.

A three car battle formed for the lead with Freddie Rahmer, Justin Peck and Dewease, until two back to back cautions come out for Krimes then Chase Dietz after both blowing a right rear.

Leave it to "Fast Freddie" on the restart. The defending track champ won his first Williams Grove Opener and said the wind was tough.

“It was hard man. It was tougher than the track conditions. Especially, early during warm ups when it was fast but it worked out.”