Just a month until the green flag drops at Path Valley. 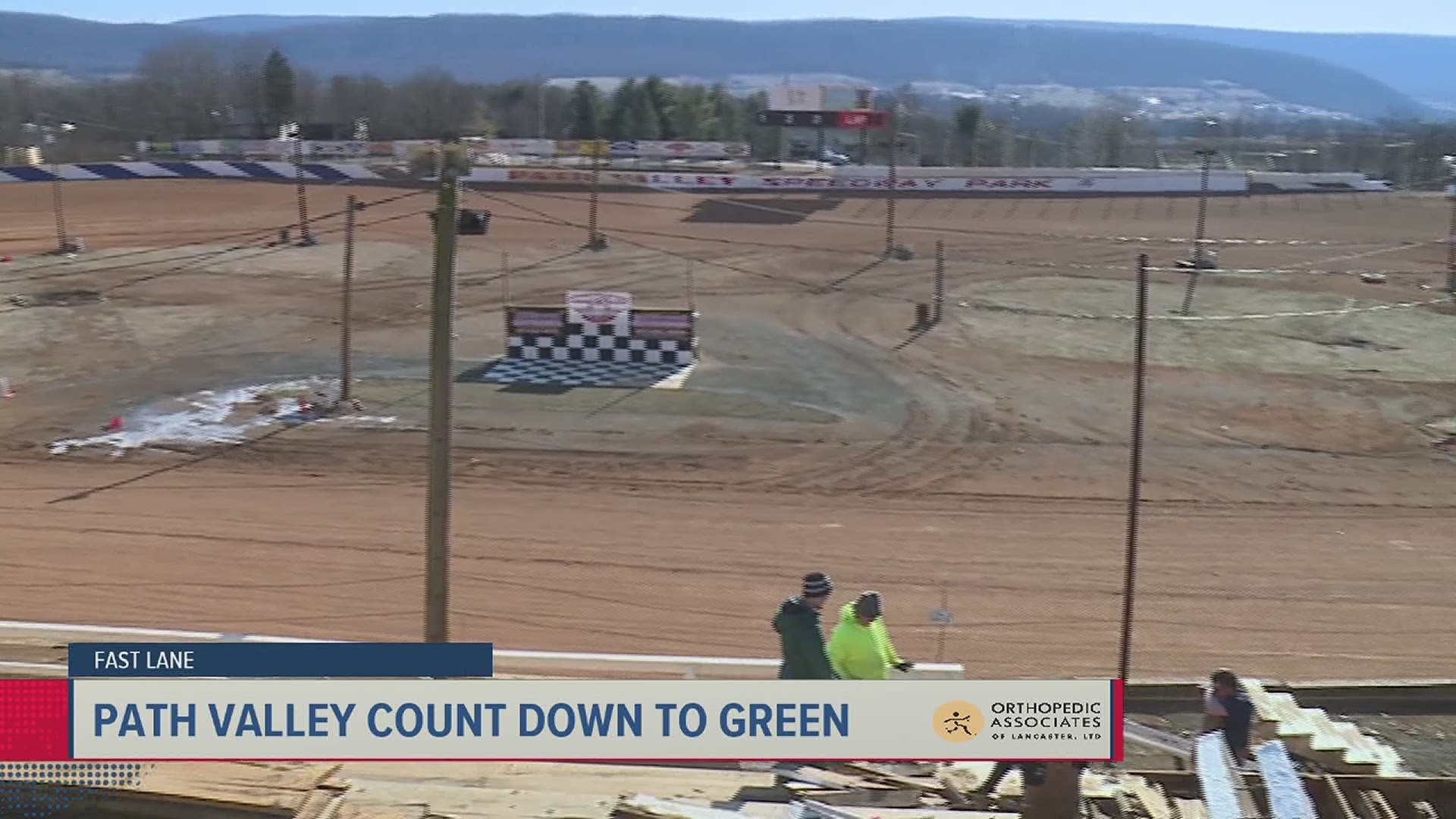 SPRING RUN, Pa. — Path Valley: During their crunch time and just a month away from racing at Path Valley Speedway Park. They continue to make improvements to the quarter-mile track but the work doesn’t just happen overnight – the track relies heavily on volunteers and sponsors.

“If it wouldn’t be for the volunteers and sponsors that we have, we wouldn’t be able to do what we’re doing. There’s not a whole lot of money in this. We’re pinching pennies from week to week, at times," said John Winsett, Path Valley Co-owner.

These days with the current pandemic, money isn't the easiest thing to come by.

“Other tracks can get grants, state funded money or they’re on fair boards. We don’t have any of that. It’s basically people that come out and help us out and whatever the track can make throughout the year to put back into it but it doesn’t happen without putting fans in the stands and drivers in the pits," said Zach Crouse, Path Valley promotor.

The track has specialized workdays for the countdown until the green flag waves to kickoff a new season. So far, 23 tri-axel loads of sifted clay added to the track, taking the shelf out and regrading for better banking, better lighting and racing lights. New fencing was added to turns one and two and part of the back stretch the last two years but this year, turns three and four will be done in the coming weeks.

The walls are being scrapped by hand and repainted. They are moving the electric and taking polls out.

They are in the final stretch of replacing the old bleachers.

For the first time in two-years, 410 sprint cars will be back in action at Path Valley.

All-Stars: Donny Schatz ran away Friday night and Saturday, Pa Posse Kyle Reinhardt battled with Sam Hafertepe Jr. for second. Reinhardt was able to clear Hafertepe Jr. with two to go but he ran out of time to try and hunt down 3-time All-Star champion, Aaron Reutzel.

Pa Speedweek: The dates are announced! There will be 10-straight days of racing for PA Speedweek. For the first time in 15-years, BAPS Motor Speedway will host a speedweek race. Pa Speedweek will kick off Friday, June 25th at Williams Grove. For more information on PA Speedweek click here.

Support for Mike Yeaple: A drive by parade was held in East Berlin, Adams County for a former Lincoln Speedway Official Mike Yeaple. A scan showed he has a tumor on his brainstem and was recently given six months to live by doctors.

Saturday afternoon, the racing community showing their full support for Mike with over 100 cars lining the street in front of his house.

He says he remains optimistic and with his friends and family by his said, he has no doubt he will get through this. A GoFundMe has been started to help pay for Mike's medical bills.