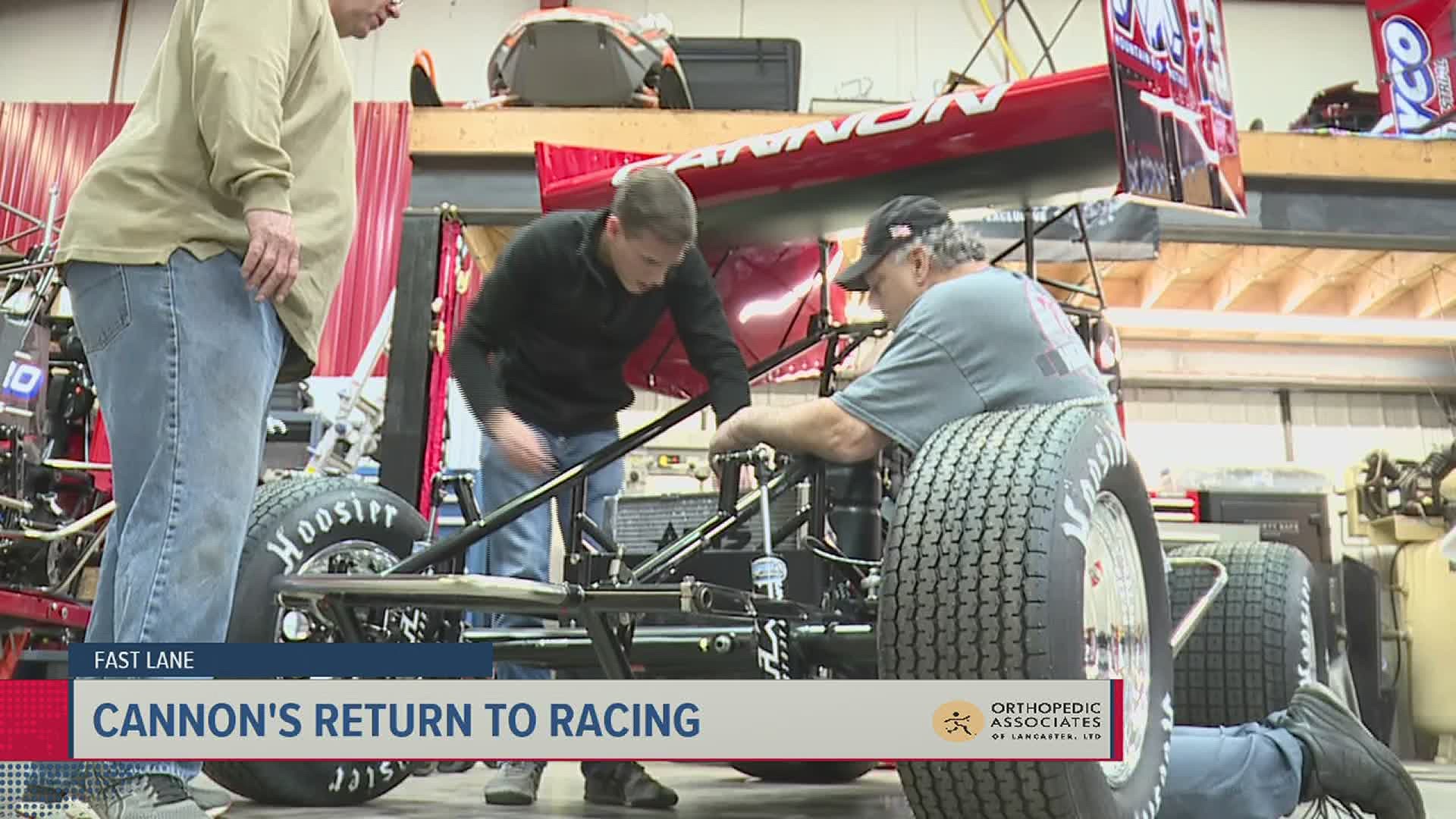 HALIFAX, Pa. — A new year will bring a time for one driver to dust off the helmet and pull out the racing suit for the 2021 racing season. Spring car driver, Pat Cannon, received an unexpected call, nearly four years to the date, after parting ways with his old team to take on a new challenge, with a new team.

Sitting at home so much last year made Cannon’s itch to race that much more. He was okay not racing and didn’t know if he would race again as he turned down a few deals that just didn't feel right. But, nearly four years to the date, after parting ways with Highlands team, the right deal came knocking in 2020. Car owner John Stehman called Pat to be his driver for his new 410 team.

At the age of 42, and after four years out of the drivers seat, Cannon never lost that competitive edge. Now, he’s ready for a fresh start with a new team.

Cannon says, “As you come up through, you don’t really realize you’re getting older until you see someone really young racing. But, I still feel good, feel healthy and I don’t think age is a real factor for me right now. It’s just going to be getting my timing back, getting the feel of the car and just back in the rhythm of racing."

Also, having a familiar face as his Crew Chief George Brandt, who was with Cannon when he raced for Highlands team. Cannon is also getting help on the car with Jason Brandt and Cannon's father-in-law Jim Boldosser.

The team has a plan to race mostly at Port Royal, with a few other tracks in the mix but they want focus on the Speed Palace. Cannon says that track matches his driving style and will only help the team grow as they take it one track at a time.

“Continuity is big in the sport. Just getting laps in and being repetitive. Getting back on the track just so you can make improvements. There’s so many variables and it’s hard to prove out when you’re just taking one shot here and another shot there," said Cannon.

The No. 23 will make the first appearance at Port Royal's season opener.

DIRTcar Nationals: The 50th Annual DIRTcar Nationals wrapped up Sunday evening, Danny Dietrich sets the quick time with the shark, Logan Schuchart right behind him. They are the only two drivers to time under 14-seconds.

Just when it looked like 10-time World of Outlaw champion, Donny Schatz was running away with it, he slows with two to go. The team changed the MSD box as they hoped that fixed the problem.

That put Schuchart in the lead with Dietrich behind him. The shark was like jaws on a ship as he captured his first Big Gator Championship.

“I think it’s great for our guys for all their hard work over the winter. It’s great to come down here do well. Be confident. And roll it on over into the next weekend," said Schuchart after his first Big Gator Championship.