The 30th Annual PA Speedweek kicked off Friday night at Williams Grove. First three races coming down to the wire. 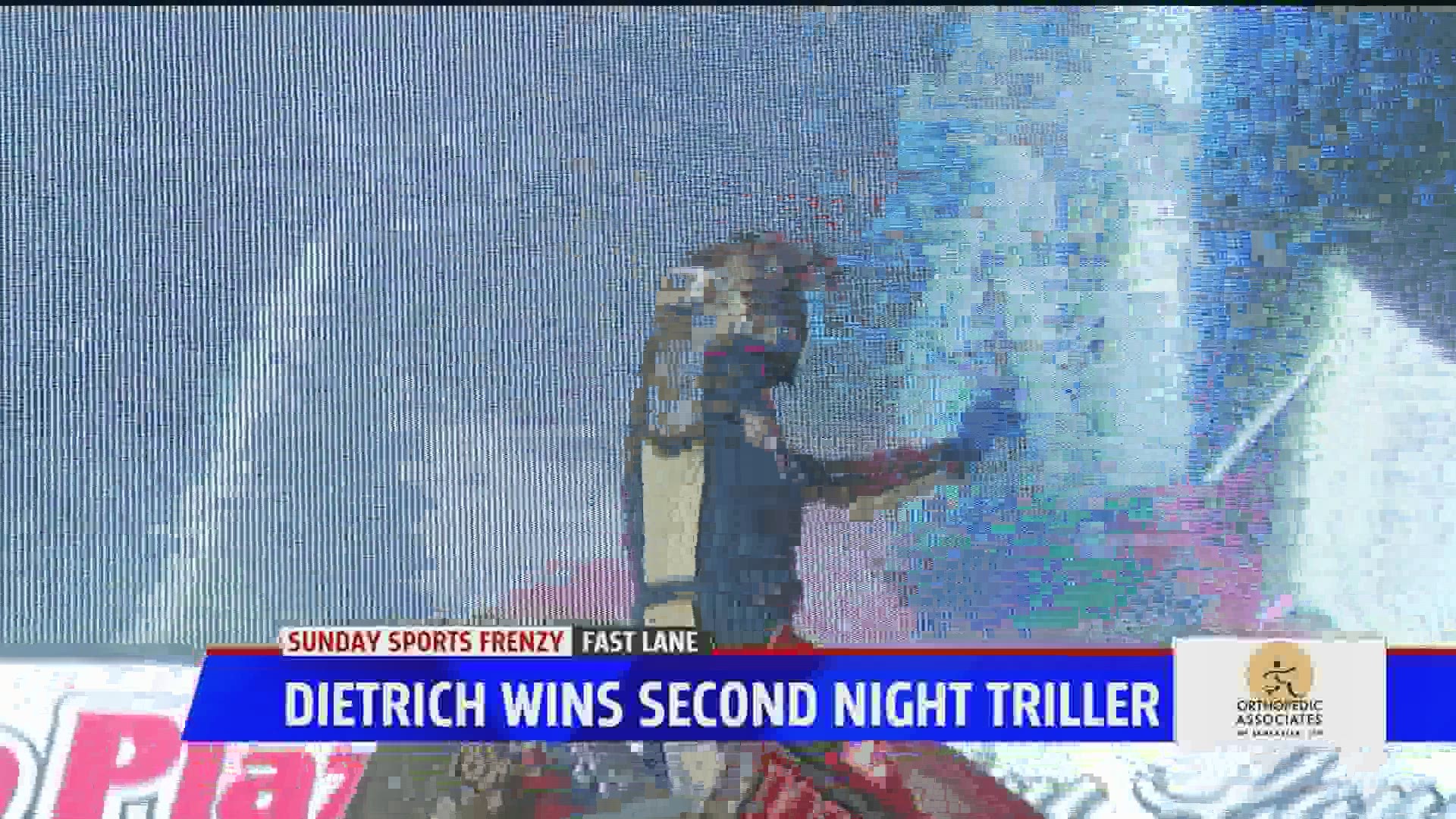 PA Speedweek: Williams Grove night 1- Pa Speedweek is known to be the hallmark of the Central Pennsylvania sprint car racing season. When invaders roll into town, the posse wants to make sure they know whose turf they're racing on.

Speedweek kicked off Friday night at Williams Grove. Brian Montieth won his heat and got the luck of the draw on to start on the pole. He leads until Lance Dewease got a run on the outside to take the lead. A few laps later, something breaks in the motor and ends Montieth's night early.

Kyle Larson continues to try to track down Dewease in lap traffic but ran out of time. Dewease wins his 99th victory at the Grove and is one PA Speedweek win shy of tying Fred Rahmer for all-time wins.

“One hundred will make the difference. That's the one we're worried about. That's been kinda the goal of mine for a pretty long time now.
I don't normally have a lot of goals but that I want to get," said Dewease.

358 sprint cars in action after the 410 A-Main. Zach Newlin came to a rolling stop on the front stretch. He has to give up his lead to Kevin Nouse; after Nouse started 10th, he grabbed his 23rd career victory at the Oval.

“To be a part of a big show like this. With the big names in town for the 410 portion of it … it just means a lot," said Chris Transeau, #18 Central Pa Legend

On the first of the 410 B-Main, Brandon Rahmer and Robert Ballou get together which created a ripple effect of cars not able to move out of the way. Cale Thomas won the B-Main to transfer to the A-Main.

In the feature, Freddie Rahmer started on the pole and looked to win his third race at Lincoln Speedway in a row. Again, the first lap is a mess. Kyle Reinhardt went flipping across turn two after getting together with Jeff Hallign.

On the restart, Kyle Larson passed Rahmer to take the lead and just when you though Larson was going to run away with it, lap traffic slowed him up and allowed Danny Dietrich and Lance Dewease to reel him in and battle for the lead.

With two laps to go, Dietrich saw his chance to take the lead in turns one and two. He shot to the bottom as Larson took the high side. Both even coming off the corner. In turns three and four, Larson tried to return the favor but slides over the cushion. That allowed Dietrich to pull away and nab his second win of the season at Lincoln.

“I didn’t know whether I was goin to end up in the weeds or go on to win. It was going to be a win it or wear it moment. Luckily, we were able to stand here in victory lane," said Danny Dietrich, driver #48, 410 sprint car.

At the mid point in the Central Pa Legend feature, Seth Kearchner passed Bill Deihl for the lead to win his first career race.

Dietrich nabbed his second Pa Speedweek win in a row.