The World of Outlaws sweep their first trip to Central Pa. 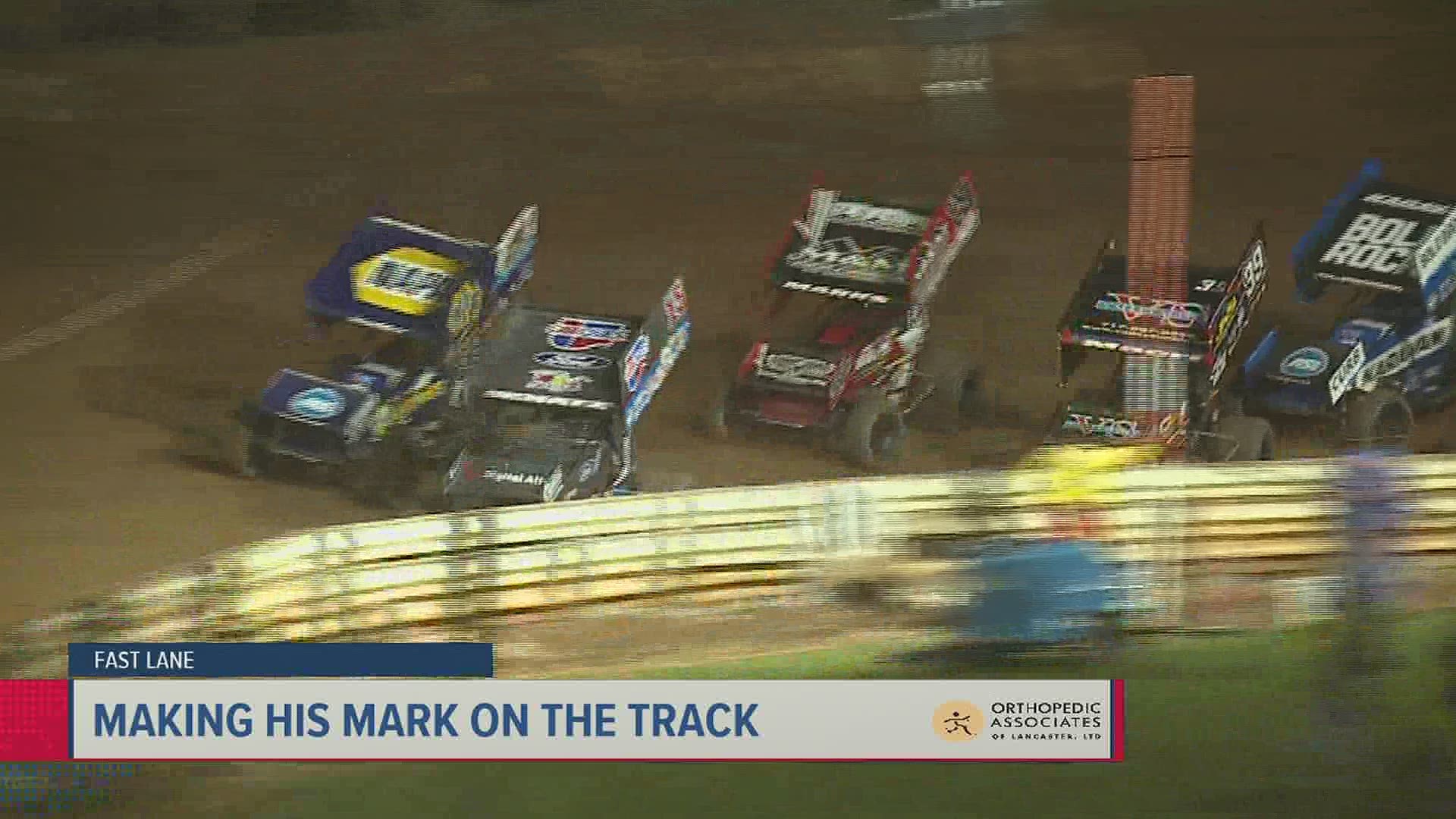 ABBOTTSTOWN, Pa. — It's one of the biggest rivalries and it just happens to take place right in our own backyard. It's the Pennsylvania Posse verses the World of Outlaws in a three race battle in Central Pa. It was a stretch that only the Outlaws swept. Posse fans and drivers were hoping for a different outcome.

It didn't matter if they were an Outlaw, fans of the Posse pulled for the Pa drivers.

“This is like Christmas. Super bowl. Really! This is our Super Bowl when they (Outlaws) come here," said Robert May of New Oxford. May is also a diehard Shark Racing fan and was seen carrying around a signed Logan Schuchart.

The action kicked off Wednesday afternoon for the Gettysburg Clash at Lincoln Speedway. A driver that is starting to figure out the short tracks is the "Concrete Kid" Anthony Macri as he set the quick time two weeks in a row at the track but the Outlaws weren't going down easy. Donny Schatz and Brad Sweet led the 26 cars to the green flag with two hungry Posse drivers right behind them, Lance Dewease and Macri.

The red flag waved on lap three for Chad Trout in the middle of turns one and two.  Once we went back racing, five laps later there was too much smoke coming from the engine for Dewease to continue. He brought out another caution. Then, after starting 12th, Brent Marks in the lead but heartbreak as the lap car of Danny Dietrich went up, over the cushion, right in front of the "Myerstown Missle." The caution doesn't come out. Marks dropped to fourth with six laps to go.

He was able to get to second but ran out of time as the Outlaws take night one and Sweet captured his first career win at Lincoln.

“It’s such a fun rivalry. It’s what drives this sport. You now, a rivalry like the Posse vs. the Outlaws. It’s fun to be a part of it," said Sweet who took advantage or Marks' slowing up for Dietrich.

Next on tap was the Morgan Cup at Williams Grove. One driver with a freak accident in hot laps was Schuchart. Something breaks and he went straight into the wall in turn three. Schuchart was okay and the team pulled out the back car. The car took a bit to re-fire but they were able to race and qualify for the feature through the B-Main.

Dewease is still in search off number 100. He's the only Posse member to win a heat. He then pulled the first pill for the dash but Carson Macedo got a run in the first turn to get by Dewease early. Macedo won the dash so it was the two of them, once again, side-by-side. The battle between Macedo and Dewease lasted the entire 25-lap feature.

The race didn't have a single yellow and with a technical track, Macedo won his very first Outlaw race at the Grove.

“I just tried to manage and keep make clean nice laps. You know, there at the end. I got a little sloppy and I didn’t know what to do. I started back peddling even more to keep my wheels underneath me," said Macedo in victory lane.

Aaron Rentzel won the final night at the Grove as the Outlaws, bring out the brooms, and sweep their trip to Central Pa.

All-Stars: On the All-Star circuit, two rookies getting their first career wins over the weekend. Tyler Courtney won I-96 Friday night. While, the next night, at Route 66, Kyle Reinhardt won his first All-Star dash, started on the pole, led every lap of the feature and held off "Sunshine" for an emotional first, and biggest, career win for the 91R.

“It's pretty awesome, know you. We’ve been struggling a little bit the last couple of months, since Florida. So, it feels really good to just have some speed back," said Reinhardt.

Another change up this week, as Lucas Wolfe and car owner Mark Coldren have parted ways. Wolfe says he will race his 5W locally with some bigger races and some 360 races in the mix.

Making his mark: It was unplanned and quiet frankly an unexpected family reunion for Brent Marks. After committing to run his first full-time All-Star Circuit of Champions schedule, Marks and CJB Motorsports parted ways at the end of April. He didn't waste anytime and jumped right back into his family car that's turning major results just seven races in for the "Myerstown Missile." It only took one race to get acclimated right back into a very familiar seat he hasn't been in since 2019.

“Things have just been clicking ever since. now, the hardest part is to keep it up," said Marks. "Fortunately I’ve been doing this long enough that I can just sit down, clear my mind and just go back to the things that were working for me in the past and really that’s all I did.”

Simply, he landed himself in victory lane his second race out at Selinsgrove.

he weather limiting the races in between but in just the seven races back. In a span less than three weeks, Marks has won three of them and honestly, it could have been five feature wins with two close second place finishes at Port Royal to  Macri and then Sweet at the Gettysburg Clash.

“I spent a lot of time building this up. I wanted to go and do something different and that’s what I did with CJB and it was a great opportunity. I learned a lot. I felt like I grew a lot in a short period of time," Marks said.

Believe it or not, his final race in the 19M was winning the National Open at Williams Grove, then the biggest race of his career. The team is now picking up right back where they left off as they continue to run like true outlaws; wherever the biggest shows are. Marks is currently working on a schedule so they know where they will be racing and can plan ahead, especially if weather is a factor. They aren't looking to stay local and race a handicap. Marks said they want to race time trials and be competitive with the major series.

“My main goal right now is to just be as competitive as we can be, every race and if we’re doing that. the wins are going to come," said Marks.