For the first time in 17 years, Premier Racing has a different driver. 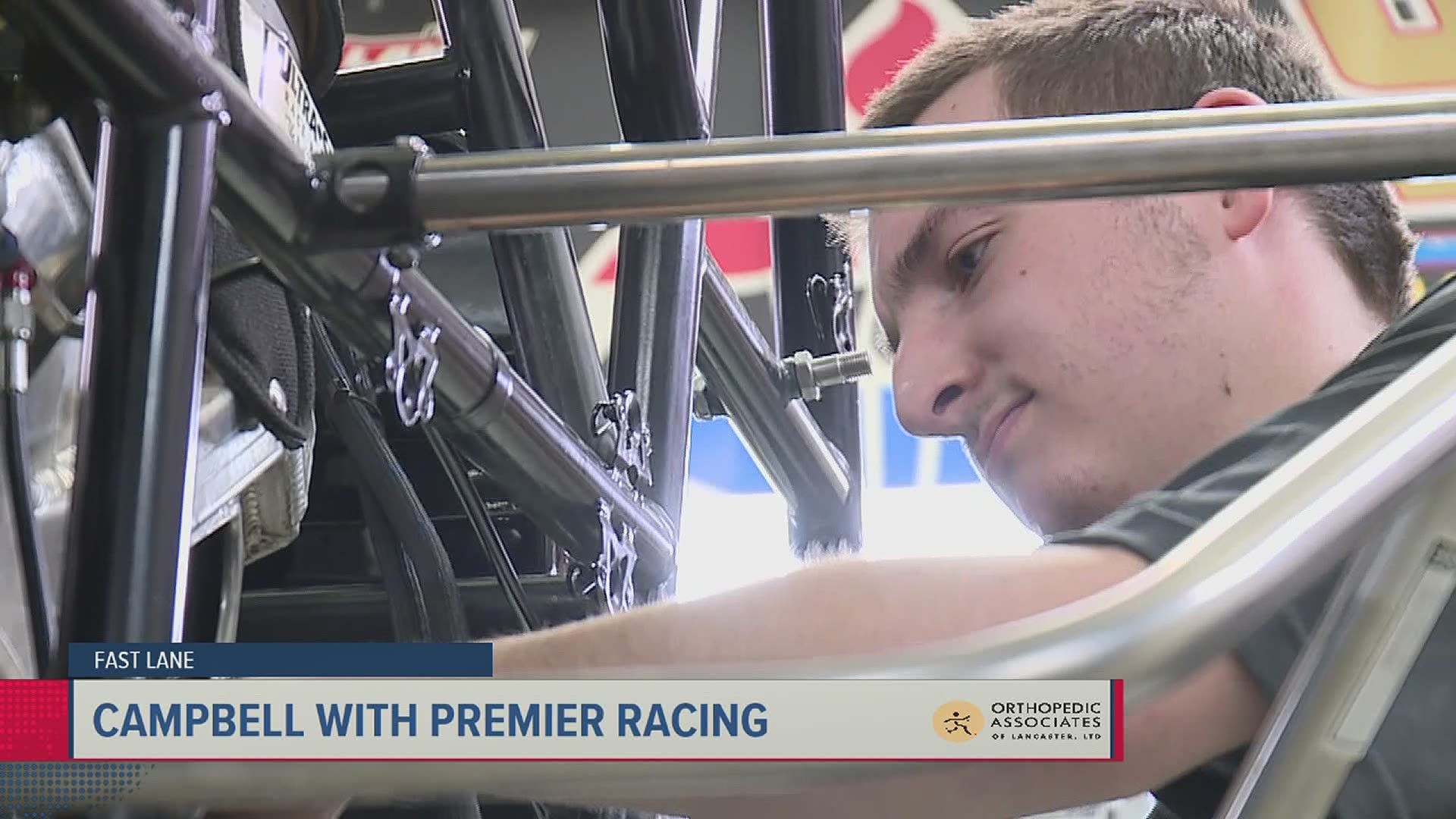 NEW OXFORD, Pa. — Matt Campbell’s story started like most, racing runs through generations starting with his grandfather, to his dad Ron then passing it down to him.

This year will be Matt’s fourth season in a 410 sprint car. In his first year, he captured his first 410 feature at Williams Grove – but sadly, it was the only 410 victory he was able to share with his dad. Ron passed away in 2018.

Matt said he wouldn’t be where he is today without his dad and he always told him he could do great things in the sport if he worked hard enough for it.

That believed to be true in 2020, after filling in for Brian Montieth. Matt made a lasting impression on car owner Jerry Parish to close out the season and become the new face of the No. 21.

“For me, it’s a lot of a challenge. This is probably the most races I've ever run in a year and my career so far. I’m excited for it and we’re just going to keep trying to learn everyday," said Campbell.

Their first race will be the Ice Breaker at Lincoln Speedway.

The fourth race at Ellenbrook Speedway, Zearfoss not only won his first Australia feature. He became the first American to race and win at Ellenbrook.

The Jonestown Jet wasn’t done, the final two races concluded at Perth Motorplex squeezed into one night, after fires knocked out power to the track on Wednesday. So Saturday, He picked up right where he left off. Zearfoss won the first feature after starting on the outside. Then during the second feature, Zearfoss has more work to do starting 5th. As he zeros in on the leader, the leadr blows a tire, spins out and hands Zearfoss the lead.

The Jonestown Jet swept both features at Perth, but not just that, he clinches the Western Australia Speedweek in his first showing.

"There was a lot of stuff that needed to go on in such a short amount of time and I honestly didn’t think it was going to happen. So, just to be able to come over here and do what I did and support and represent the United States the way that we did. It’s a pretty cool feeling," said Zearfoss.