Fast lane: Marks, Wolfe and Reinhardt to race with All-Stars

Pa Posse drivers will be three of nine All-Star rookies for the 2021 season. 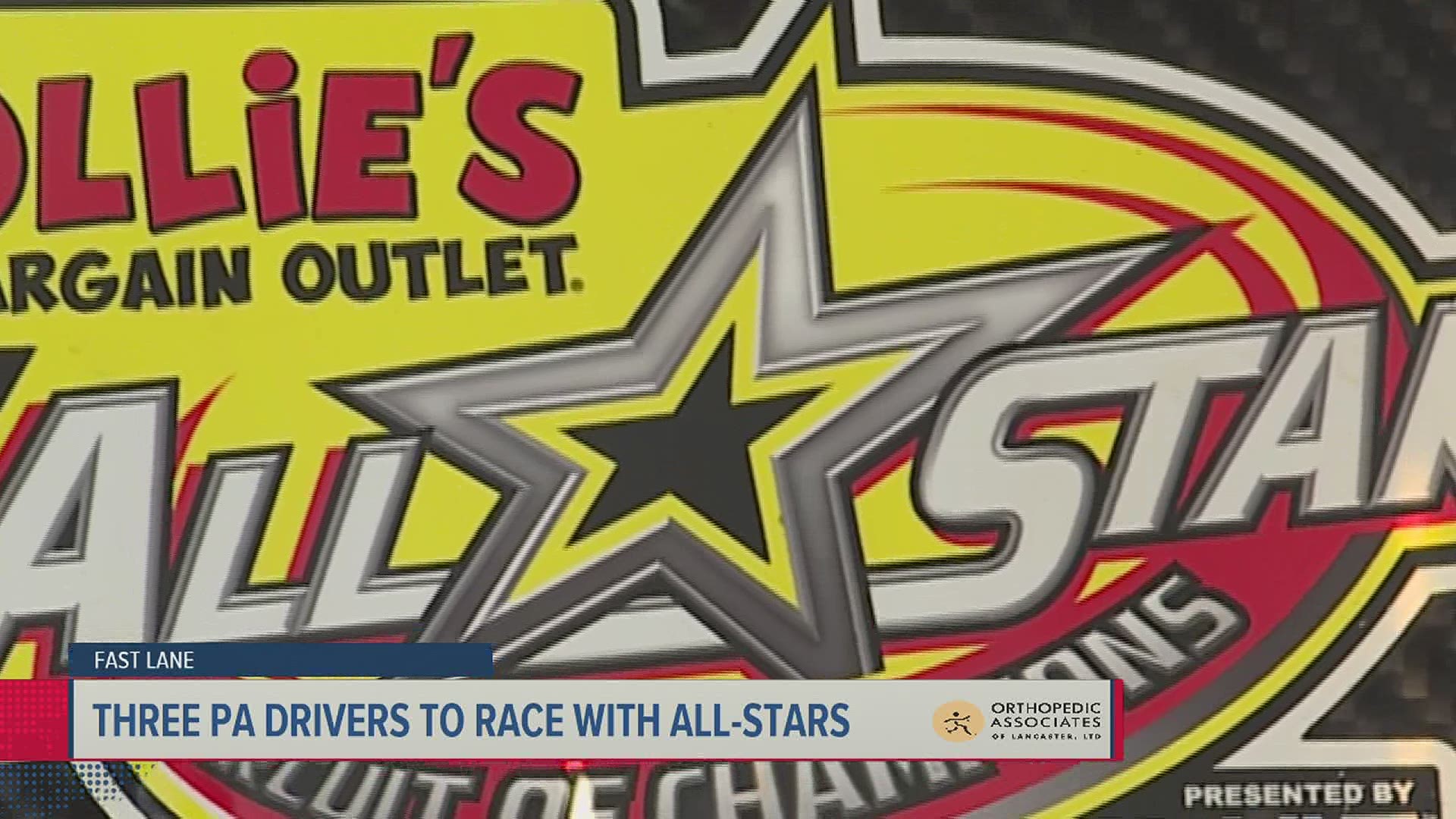 YORK COUNTY, Pa. — The All-Star Circuit of Champions will kick off the 2021 season, this week in Georgia. The PA Posse three drivers announce they’re hitting the road and joining the national tour. Kyle Reinhardt, Lucas Wolfe and Brent Marks will be part of a huge incoming rookie class for the All-Stars. The circuit will have nine rookies invading the tour.

“It says a lot when guys are willing to leave Central Pa. Where it’s as good as it’s been in a long time and willing to hit the road and chase some money and that was kind of the goal with our schedule this year. Putting bigger races on our schedule and giving some of those teams in Central Pa a reason to leave ‘the porch’ and come travel a little bit.”

Marks and Wolfe aren’t strangers to traveling, they are former competitors with the World of Outlaws. It will be a new challenge for the 2020 Selinsgrove Track Champion as going on tour was the goal after leaving his full-time job to become a full time driver.

“I set a couple year goal when I moved out here, last April. I said two years and I need to be moving forward my career or I can’t do this forever," said Reinhardt.

His car own, Wayne Quackenbush teamed up with, now co-owner Jeff McCall, who had previous roles on the top dirt circuits.

As Reinhardt still awaits to capture is first career All-Star win, the same goes for Lucas Wolfe. After a rough year and a half and not winning a single race in 2020. Wolfe is ready for a fresh start since parting ways with Barshinger Racing.

“Traveling to some different venues throughout the year. Not running the weekly circuit area here kind of offers that opportunity to change things up a little bit. Makes you think about things in a little bit of a different way and hopefully that’s something that will allow me to catapult to better results and some better speed," said Wolfe.

His car owner Mark Coldren, has had the No. 07 car on tour for a few seasons. Most recently with Gerard McIntyre. It was only fitting Wolfe and Coldren continued with the All-Stars and try to get both of them back in victory lane.

This isn't the first time Wolfe has driven for Coldren Motorsports. He raced twice during the 2013 season.

After taking a year off from traveling and spending more time with family, Brent Marks is ready to pick up where he left off. His first season with CJB Motorsports in 2020, really kicked into high gear during PA Speedweek. He notched four wins, including his biggest win of the season at the Governor's Reign Opener with the All-Stars at Eldora.

Marks would have had double-digit wins if it wasn’t for "yung money" Kyle Larson. He finished second to Larson nine times in 2020.

“I miss being out on the road and I want to race for championships. I felt like the All-Stars was probably going to be the best bet for us,' said Marks. He continued saying, 'when you’re racing against cars that are always consistent, that’s when wins come into play and you need to win. That’s going to be our ultimate goal."

The All-Star season might kick off this week but the point races don’t start until April.

“It’s a grind,' said Anderson. 'Once we hit April, it’s wide open. Sixty-one races from the first weekend in April to pretty much the end of September. We have two races in October.”

The tour will have four different swings to Central PA.