Anthony Macri wins the biggest race of his career, so far. 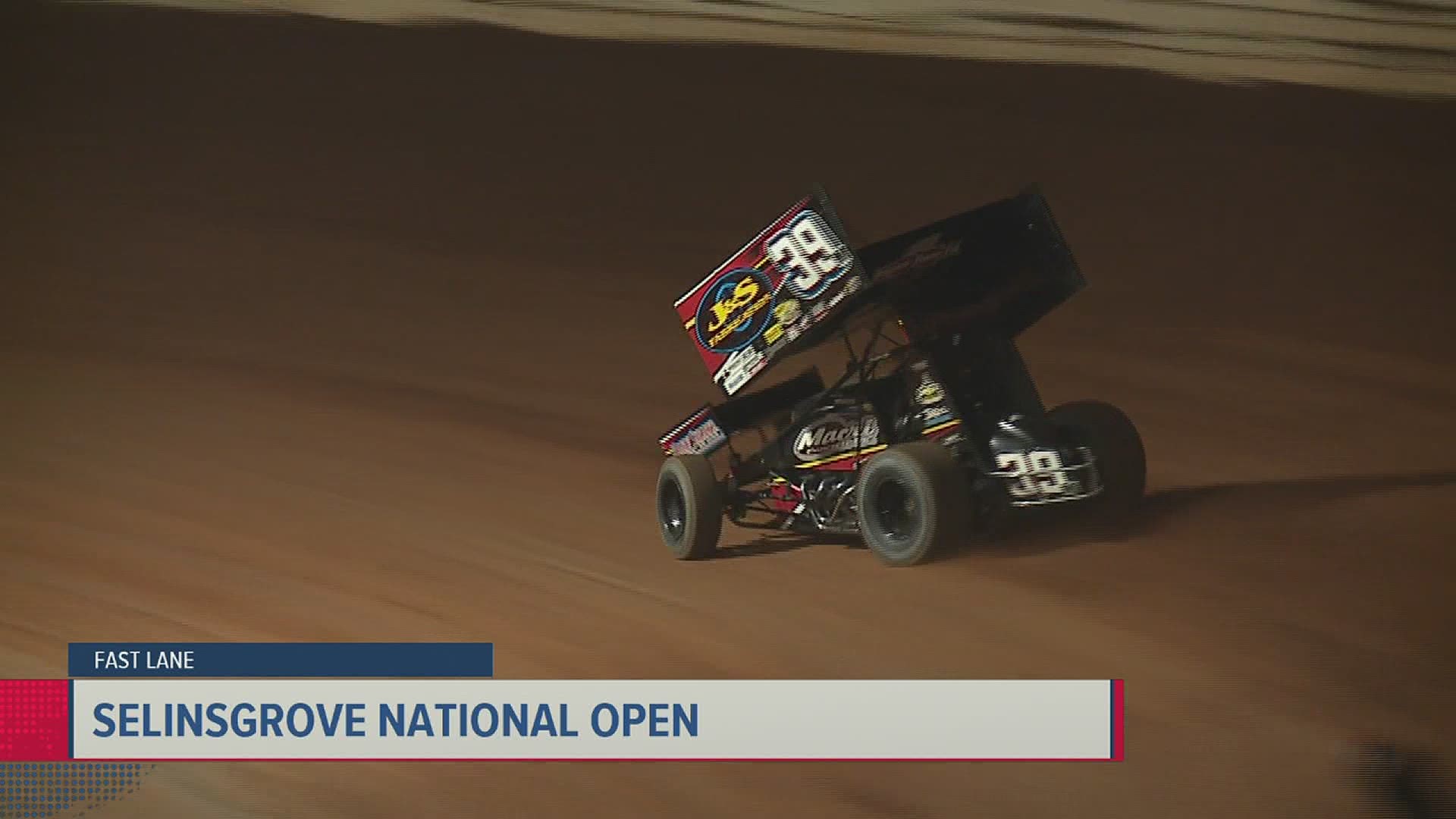 SELINSGROVE, Pa. — Selinsgrove: It has been a season some would like to forget, while others are having a season they won't ever forget. Anthony Macri's season started at Volusia Speedway in Florida in February. Then after the long break with the current pandemic, jumped out west. Racing anywhere he could. Since, Macri has had the season of his young career.

Most recently, becoming the 20th different driver to win the National Open at Selinsgrove. That same night he set a new track record.

Marci said, "I’m speechless. If you would have asked me going into Volusia in February. If we got 10 wins, I would have told you, you were crazy. This team, when we got back from Florida. We really started clicking together and hard work really pays off and these guys don’t stop working.”

The National Open title is his biggest win yet and his 10th victory on the season.

Eldora: It was an invite only race after Eldora's big races were pushed to 2021 with the current pandemic. Brent Marks won the first ever Governors Regin Opener and David Gravel took the Governors Regin for $52,000 the second night.

A few drivers from PA were invited. Some declined to make the trip others like Marks, Macri, Brock Zearfoss, Logan Schuchart and Jacob Allen raced.

Williams Grove: Just a week away from the grand daddy of them all, the National Open at Williams Grove, we're drivers will race for the biggest payout this year of $75,000.

Friday was the Outlaw Tune-up. Freddie Rahmer nabbed his third victory at the Grove this season as currently leads the track points with just a few races left.

In the 358s, Derek Locke claimed the 358 feature and the 2020 track championship. With a stellar season, Brett Wanner was named to the sportsmanship award and Zach Newlin was named Rookie of the Year at the Grove.

Lincoln: The "Fabulous" Lincoln Speedway hosted two night of the 2020 Dirt Nationals featured the “Crowning of Champions” in each division.

Lernerville: The Outlaws were across the state at Lernerville before the National Open this weekend. Gravel nabbed his 5th Outlaw win of the season.