With the shorten season, Anthony Macri still competed in 76 races; finishes with nine 410 and two 360 wins. 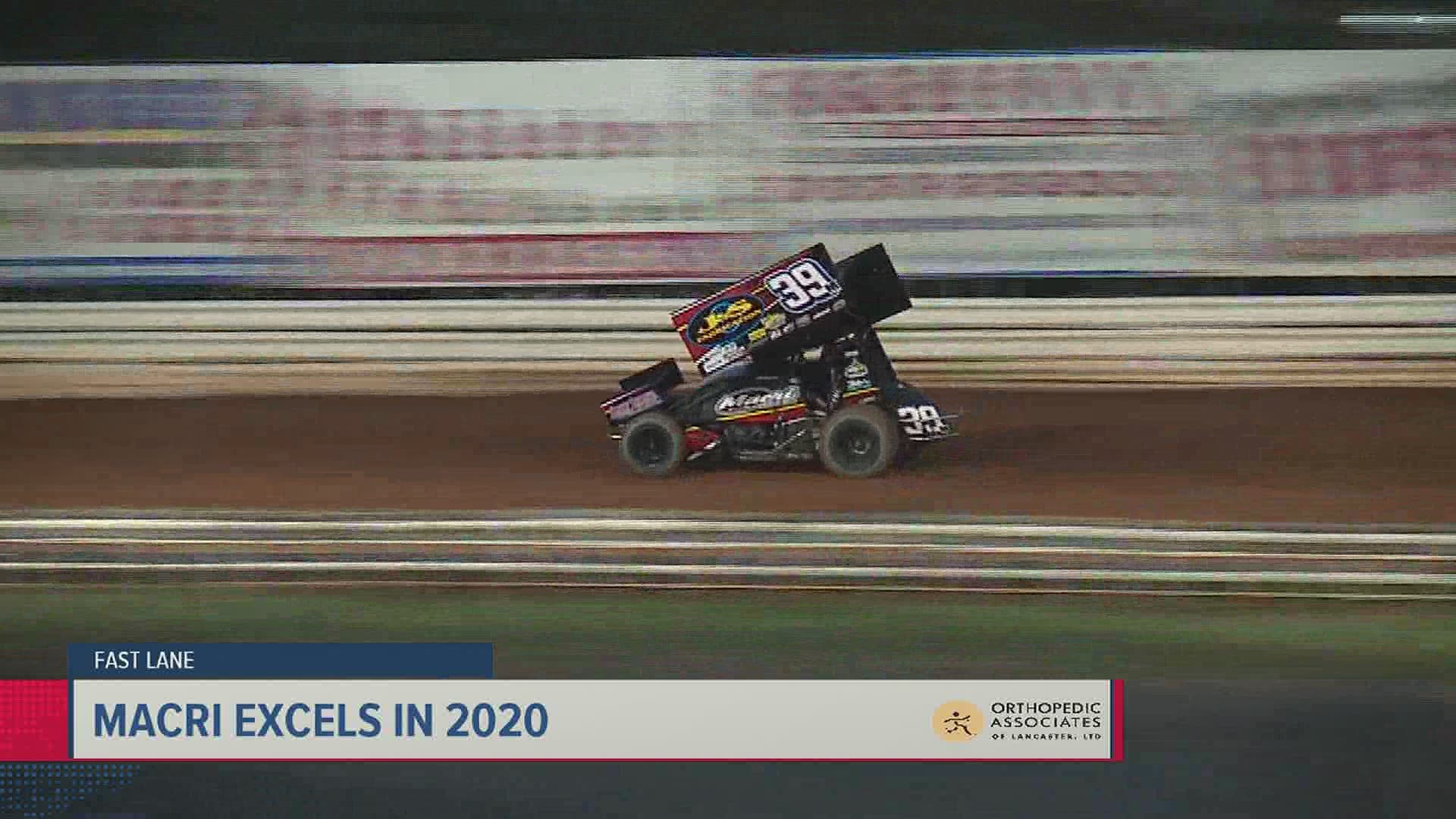 DILLSBURG, Pa. — You could define Anthony Macri’s 2020 season as a break out year for the young. The strange start to the 2020 racing season didn’t seem to bother Macri – it only helped him excel his growth as a driver as the team tried to race wherever they could while Pennsylvania was shutdown because of the current pandemic.

“When you can go to different tracks and obtain that kind of knowledge. When you come back to Pa it definitely helps.”

And it showed on the track in 2020. Macri finished with nine 410 and two 360 wins on the season. He notched his first win at BAPS, Port Royal - including his first All-Star win, but possibly the highlight of his career so far has been winning the qualifier, setting the track record then winning the National Open at Selinsgrove.

After the final race at BAPS, the team begun to break down all the cars and prepare to start the new season early with a handful of races in Georgia, Florida and Alabama before the Ice Breaker at Lincoln Speedway.

The team looks to travel more in 2020. Exploring new tracks and get experience at different tracks. This could potentially be a stepping stone to a team on the road. Macri hopes to add Williams Grove and Lincoln to his 410 wins list. In 2020, Macri Motorsports was still able to hit 76 races – this year the calendar is stacked with 109.

Tulsa Shootout: Their is one thing over a thousand drivers strive for at 36th Annual Tulsa Shootout and that’s to bring home a Golden Driller.

The 290th race was the stock non-wing feature. Brian Carber started 4th and on the second lap took command. Held off a hard charging Christopher Bell for his very first Golden Driller.

Drivers from Pa have swept the stock non-wing the last two years with Alex Bright winning in 2019.

Carber then went on to finish second in the non-wing outlaw with Bright taking 5th and Logan Rumsey in 9th.

The final event Carber raced was the winged A-class and in dramatic fashion, Carber becomes just the sixth driver in the history of the Tulsa Shootout to win two classes in one night.

Western Australia Speedweek: Pennsylvanian’s shining in the states and overseas – after three podium finishes at Western Australia's Speedweek, the "Jonestown Jet" Brock Zearfoss led all 30 laps at Ellenbrook Speedway to become the first American to win at the track. Zearfoss is one of the top drivers in points with two races to go.