Fast Lane: Lucas Wolfe ahead of the curve before outbreak 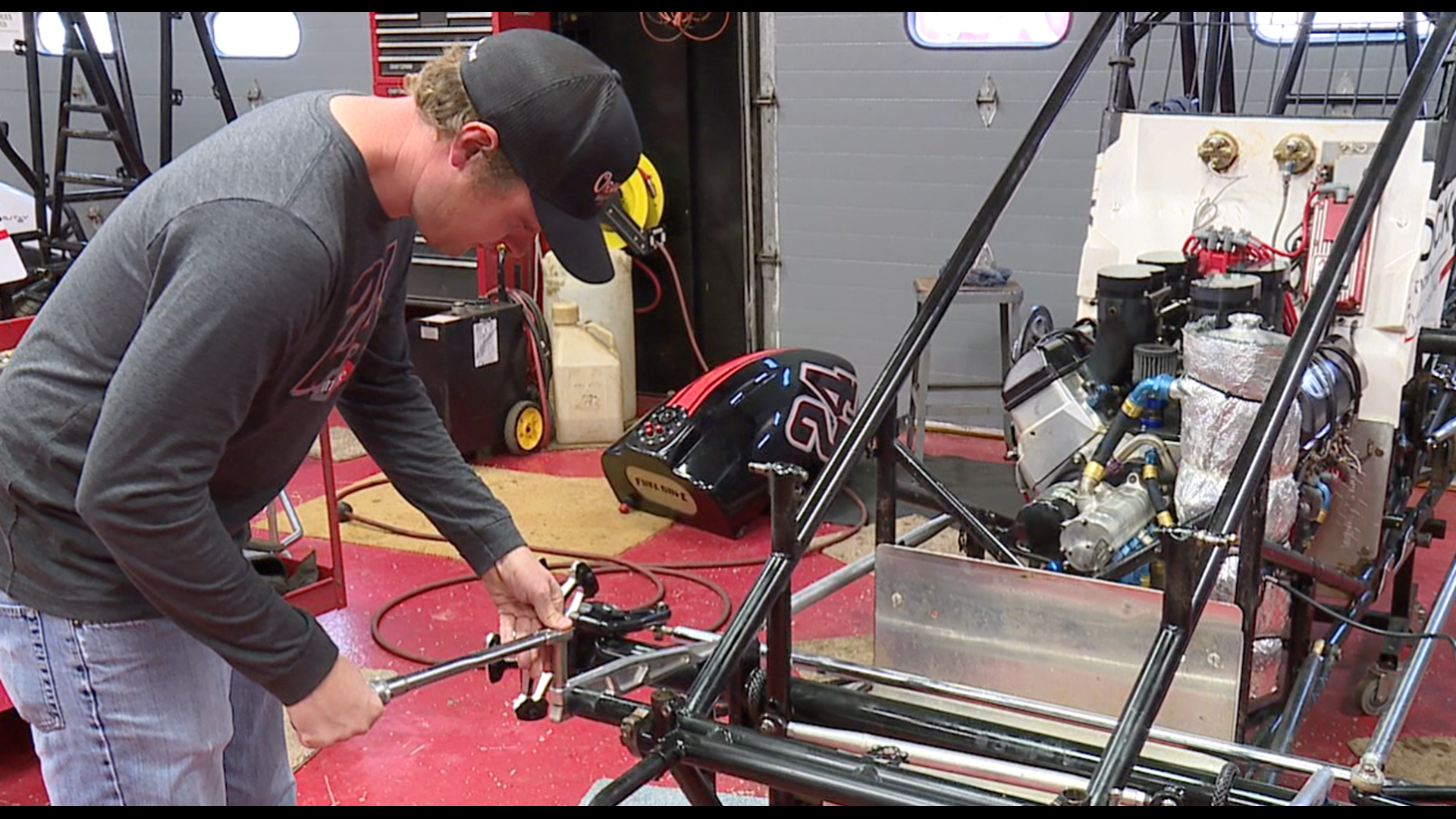 YORK, Pa. — This time last year, tracks were praying for the rain to stop. Now, with the abundance of sun, they aren't able to take advantage. Full-time drivers like Pennsylvania Posse driver Lucas Wolfe, are not only without racing, they're without a job.

Luckily, for the third time in four years, Lucas finishes his eighth stint racing in Australia.

Lucas spends just six weeks off from the end of the 2019 season to the start of the 2020 season. Starting so early gave him an advantage over drivers in the state. Lucas completed 23 races from Australia to Florida back to Australia then finally back home, to Pennsylvania.

“Obviously, the end goal is to be competitive, regardless of where you’re running,' says Lucas. 'At every event, it allows me to have a leg up on some of the other cars or drivers that don’t race throughout the winter. I’ll maximize. that the best I can.”

It wasn't always smooth sailing for Lucas. During a race last season in mid-July, Lucas was in an accident, missing eight weeks of action with two compressed vertebrae.

“You just have to kinda be prepared for those types of situations. It’s always a little bit difficult,' Lucas said. 'This is a very erratic kind of profession. When times are good they’re usually great. When times are bad they’re terrible.”

Never knowing when the next bump in the road will be, Lucas says you have to prepare yourself for anything.

“You know, going long term perspective isn’t good to not be working, essentially. Lucas continues to say, I have had the good fortune of staying racing throughout the entire winter.”

PORT ROYAL: Tough times right now, most are tracks take it week to week to make a decision to race.

"The Speed Palace" releases big changes to their April schedule. To follow the stay at home order, they cancelled and postponed everything for the entire month of April. They are currently working to find new dates for the rescheduled races.

The race airs Wednesday night at 8 p.m. on FS1.