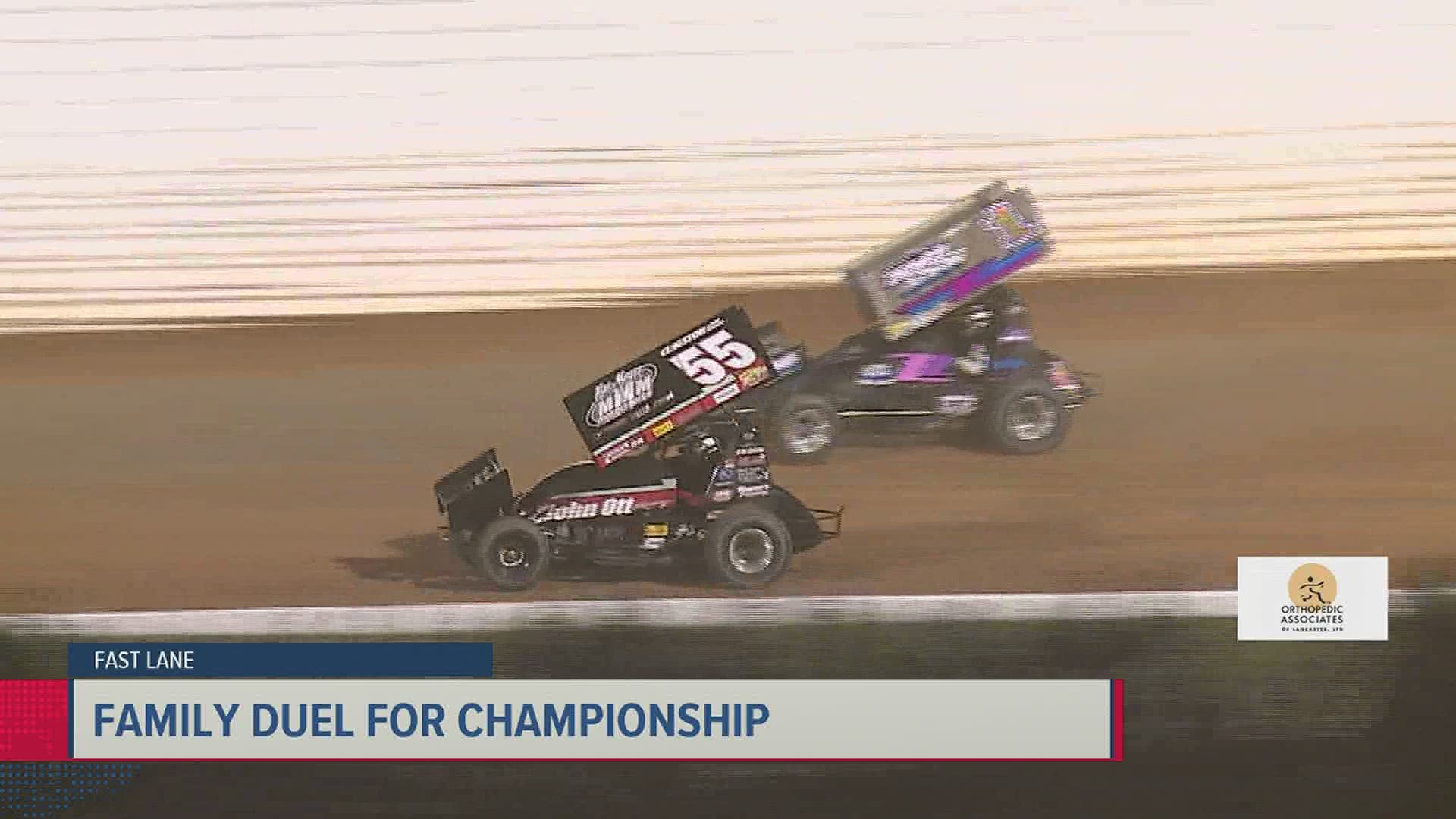 Racing is more than just a hobby for them, it's in their blood.

"It's one thing to actually race with your father. It's another thing to contend for a championship. Really soaking it in and be able to race and compete with dad," said Logan.

The night before the Tuscarora 50, Logan finishes five sports ahead of his dad to clinch his third track championship in a row.

"It meant as much to me for him to win then for me to win. I have some new sponsors and crew guys and I would have really wanted it for that reason for me but it all worked out. We weren't quite as good as we needed to be. Needed to be a little more aggressive. Everything worked out alright so I'll take second but I'll be back for him next year," said Mike.