Slick and dry night of racing Saturday at Lincoln. Cisney and Rittenhouse are the first two repeat winners in 2020 at the track. 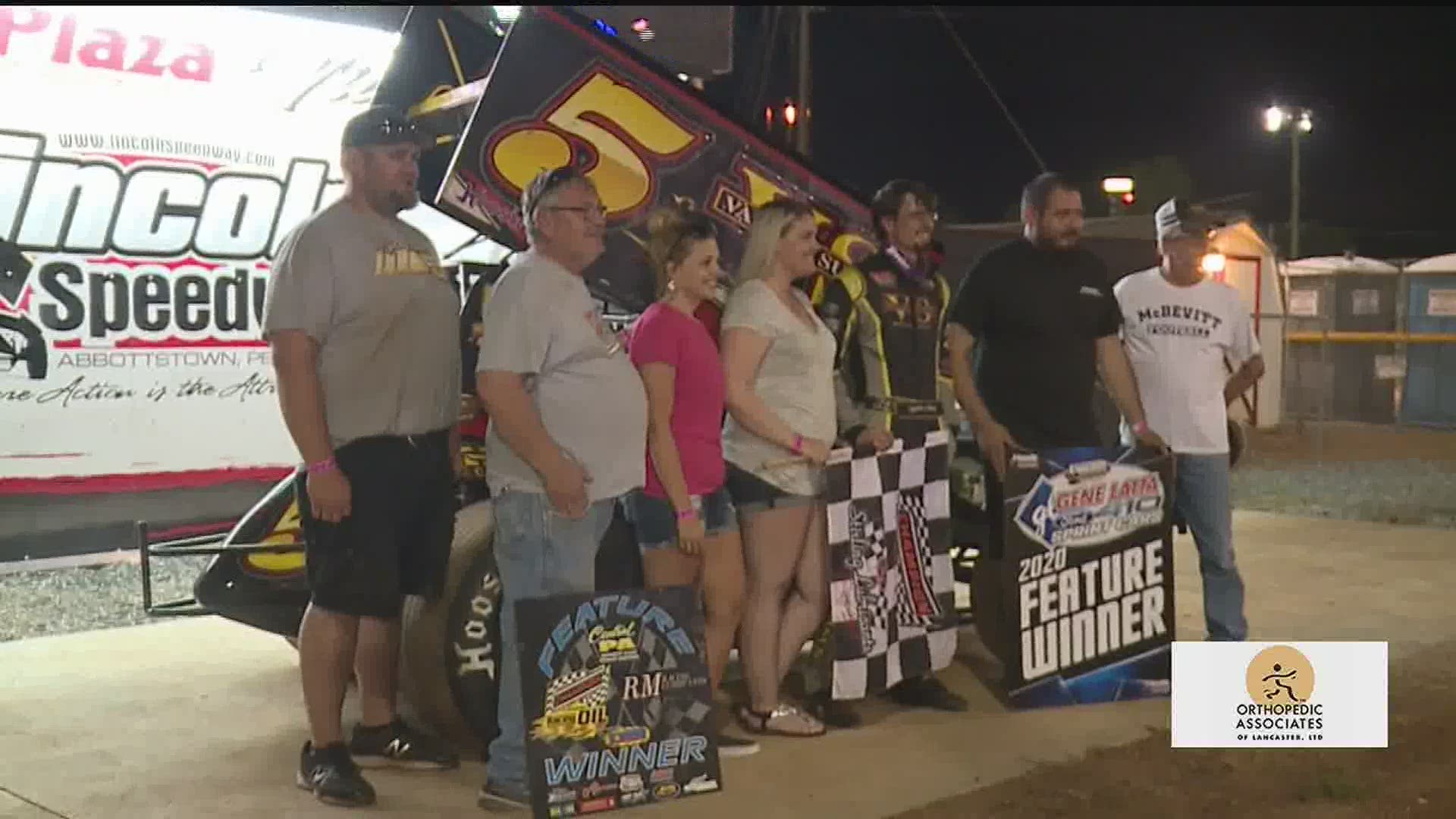 LINCOLN: Beautiful night to watch the cars go around the track and spending time with friends and family.

The "Fabulous Lincoln" Speedway hosted 410 and 358 sprint cars. After landing himself in victory lane last week, Chad Trout has to do some work to get back there. Trout first wins the B-Main. Then, on the first lap of the A-main, Freddie Rahmer got in the back of Tim Gladfelter. Gladfelter slides into Brian Montieth. This creates a ripple affect with Scott Fisher and Trout.

With 12-laps to go, racing three wide in the backstretch. Jimmy Siegle doesn't have Rahmer cleared. Rahmer hit the wall hard and that ended his night but the caution helps leader Dylan Cisney as he was creeping up on lap traffic.

A battle for second, as Glendon Foresythe and Kyle Moody go back and forth. This allows Cisney to continue to pull away and be the first to win twice at Lincoln in 2020.

“I wouldn’t have believed that if you told me over the off-season we’d have two wins before anyone else,' said Cisney. 'You know, it’s just the great team we have behind us; the supporters the sponsors. Everyone that’s apart of this. You know, I can’t thank them enough for helping us get here.”

In the 358 sprints, their race stated the same way, a wreck before finishing the first lap. Brett Wanner over shot turn one. He went right into the wall.

On lap five, Todd Rittenhouse, Jr. passed Tim McClelland for the lead in turn three and four. Rittenhouse then goes on to win his second race at Lincoln in a row.

“I just didn’t know whether to run the middle or the bottom,' said Rittenhouse. 'I just kept rolling the bottom and they just kept getting faster and faster. Messing with the wing. I didn’t think anyone was going to get us but I was a little nervous of course.”

OTHER TRACKS IN ACTION SATURDAY NIGHT …

The "Speed Palace" announces they are set to reopen this coming weekend and go back racing with two days of action. Pennsylvania Governor Tom Wolf announced Friday that Juniata County would be entering the "Green Phase" Friday, June 12th. Port Royal took full advantage. Already scheduling races for the rest of the month. Including, a doubleheader this coming weekend. You can find more information, here.