Danny Dietrich finishes the feature at the Speed Palace, put the car in the hauler then drove to Lincoln race in both features in less than 3 hours. 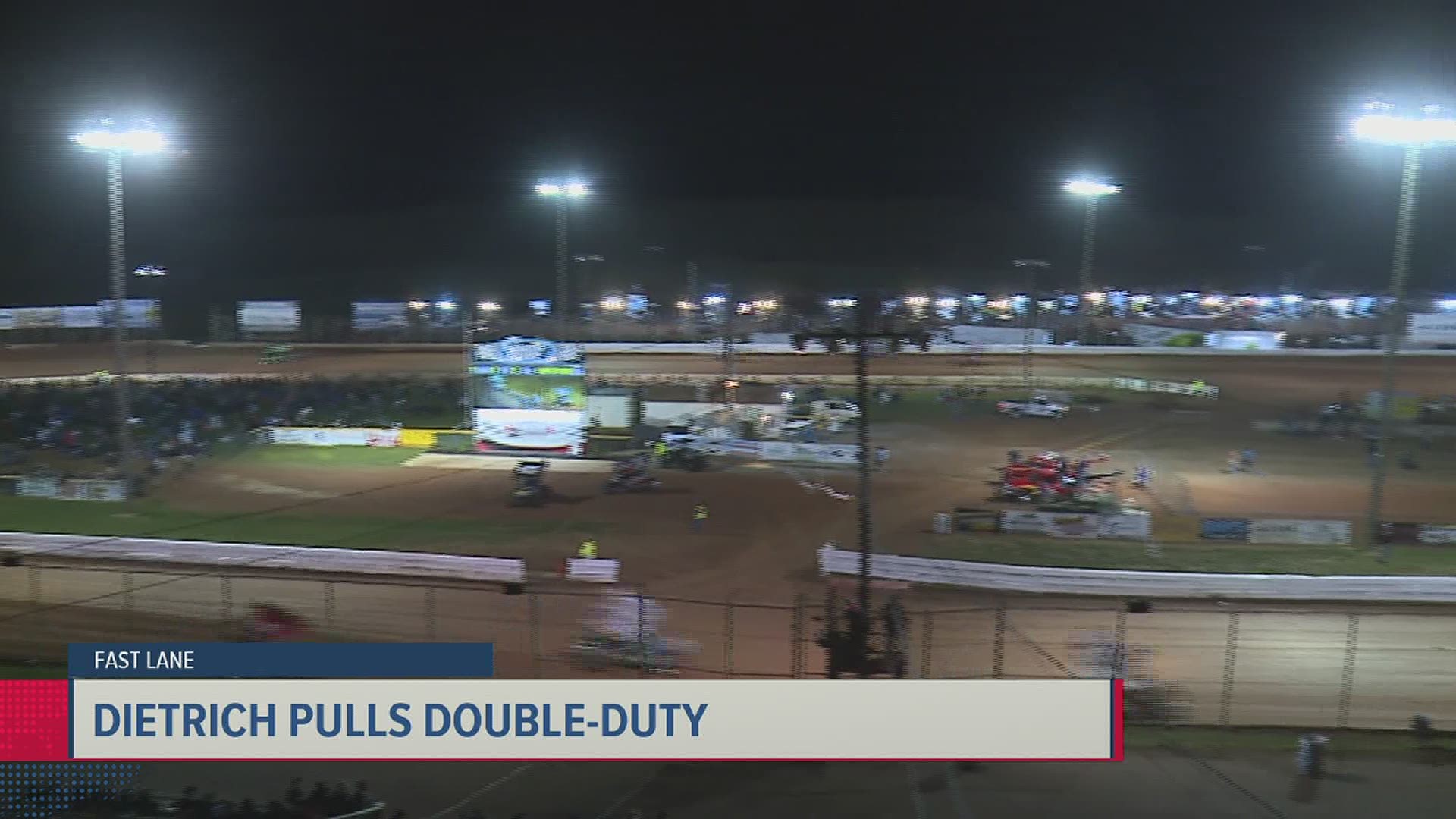 ABBOTTSTOWN, Pa. — The weather put a damper on local tracks hosting a race everyday but Saturday for racing around "Posse Land." The Speed Palace moved up their show up to a 4 p.m. start time while Lincoln kept their show start time at 7 p.m.

For someone who is no stranger to the 360s, driver Mark Smith, already has four wins on the season. He decides to stay close to home and race with the USAC East Coast races with the wing off for the first time in 2021.

“It's just something about it that gets your blood pumping. I guess, because it’s different then racing the wings all the time,“ said Smith.

With another day race, drivers keep a close eye on the track changes.

Kerry Madsen landed his first career win with Barshinger Racing and looked to win two in a row after winning the Posse Invasion at Bridgeport on Tuesday.

Anthony Macri was on the move and hungry for his first win of 2021 after a few podium finishes. He was finally able to take that first win feeling off his shoulders.

The race went non-stop. Not a single caution. The biggest movers were Logan Wagner who went from 18th to 2nd to land the hard charger once again and Danny Dietrich who went 14th to 4th.

“Felt pretty comfortable the whole race. I’d say this is the first week that I felt pretty solid from start to finish. I had an awesome car and I really could go anywhere I wanted to,“ said Marci.

USAC East Coast was up next. It was a two car battle for most of the 360 wingless. Alex Bright rode the cushion and was able to get past Steven Drevicki. Then a couple laps later, Drevicki slams the cushion and somehow saved it.

Bright was able to hold on and pull away from Drevicki to win the feature.

“It’s a tough track when it’s right up against the wall. It’s a fine line between wrecking, as you can see some guys did, and putting it right up on the wall and gaining speed to come out of the corner," said Bright.

Green flag out for the limited late models as Devin Hart nabbed his second straight A-Main at Port.

Was able to pull the double along with @dannydietrich 🤙🏼 pic.twitter.com/RAW7aGT5Xb

But it’s double the fun on Saturday, with the staggered starts, Danny Dietrich packed up and made it just in time to race at Lincoln.

With eight laps to go, in lap traffic, Aaron Bollinger jumped the cushion tried to correct himself. At the same time, Chase Dietz pulls the sider on Tim Shaffer, momentum took him right into the leader, Bollinger, and took them both out.

Shaffer wasn’t challenged on the restart and was able to become the first repeat winner at Lincoln this season.

In the 358 feature, two young guns looking for their first career 358 victories. It was a great race between Hayden Miller and Zane Rudisill. Miller was able to hold off Rudisill after a restart with three to go and park it in victory lane for the first time at Lincoln.

“I heard him go into turn one with three to go. I said, I have to make my car as wide as possible to break his momentum and it was enough," said Miller.

Bryan Carber has his first start in a USAC Midget with Hayward Motorsports and moved from 14th to 2nd to finish behind Buddy Kofoid.