The Ice Breaker is set for Saturday, February 20th. 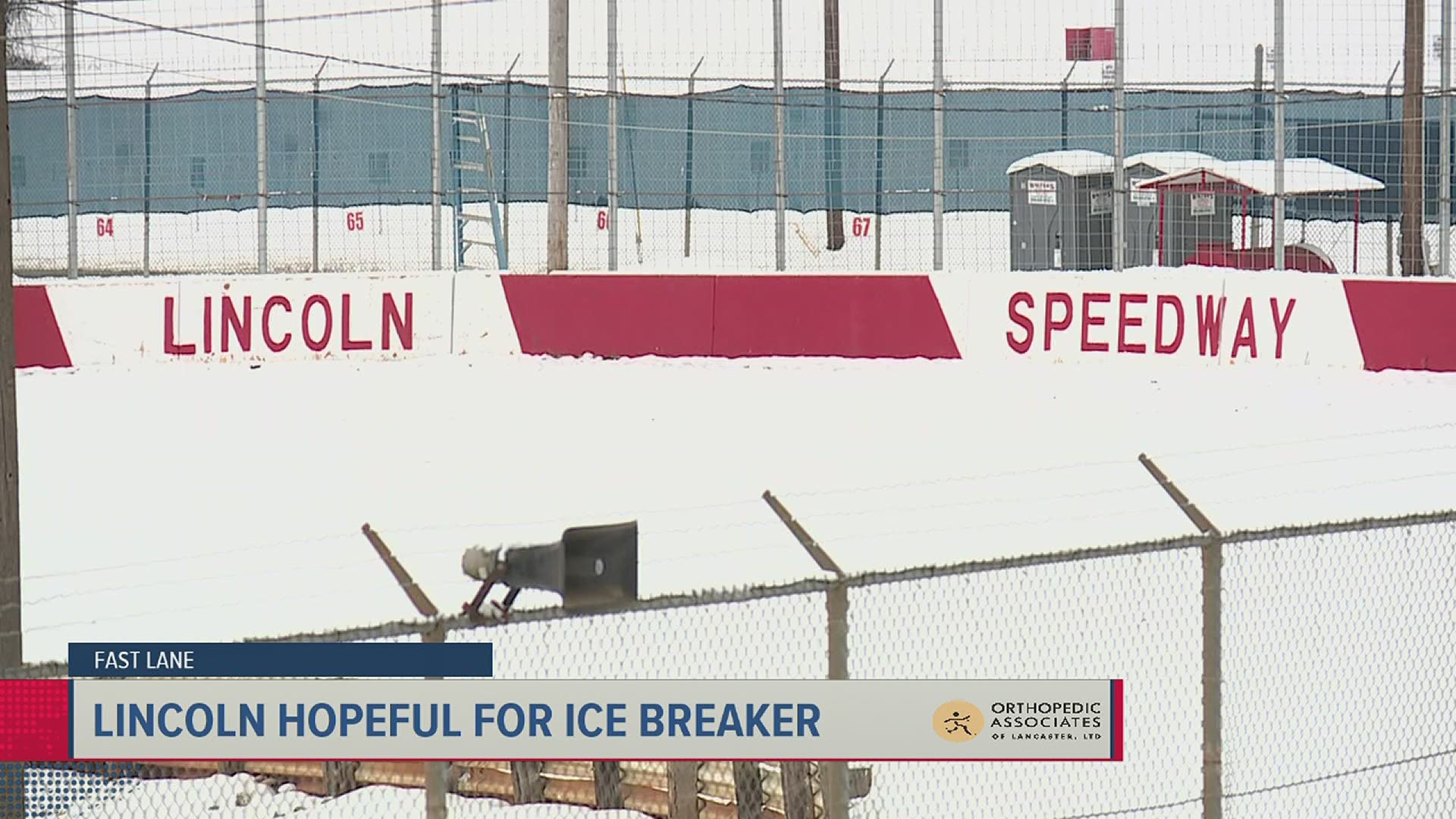 ABBOTTSTOWN, Pa. — Lincoln Speedweek: Hard to believe, we're less than a week away from the kick off to the 2021 season around Central PA. The Ice Breaker will, hopefully, be the first race of the season this coming weekend at Lincoln Speedway, but Mother Nature doesn't seem to be on their side.

“Obviously, we have some challenges with the weather that we have staring at us right now and the forecast but we got a lot done here at Lincoln Speedway,' said Scott Gobrecht, Lincoln Speedway co-owner. 'A lot of improvements for the fans and the race teams.”

Starting with a fully reconstructed turns one and two with new cement walls and fencing. They reconfigured the pits, so it is safer for cars to get around, add a gutter on the front stretch to keep the water from washing out the track and a new stage near the entrance to the infield.

For the fans, a brand new concession stand and vendor. Right now, Lincoln is still working to add newer grandstands and hope to get approval to build party boxes.

A few weeks ago, Lincoln originally had the track completely cleared off. The snow that currently has the track covered is the remanence of Wednesday night’s snow, but the white fluffy stuff on the track and stands isn’t the biggest problem. It’s having parking for fans.

Gobrecht says if there’s flurries for the Ice Breaker, it wouldn’t be the first time.

“(A few years ago) It was the most surreal thing to hear these sprint cars with that crisp winter air, snowflakes coming down and they’re getting pushed around getting heat in the motors. As soon as the snow came in, it went away, and we went racing and had a great day," said Gobrecht.

It can be any temperature to race as long as the track doesn’t freeze.

Since the mid 90s, the Ice Breaker has happened roughly 50 percent of the time, when it was originally scheduled.

“There’s really no place in the country, other than Central PA, you can begin to have an event like the Ice Breaker because you need the support of everyone to do that and they’ll be here if the weather is nice and it’s just a right of passage for the year,' said Gobrecht. 'It’s just a cool way to start the year out.”

East Bay: It doesn’t take long for the "Steel City Outlaw" to land himself in victory lane with Heffner Racing. On the second night at East Bay for the 360 Winter Nationals, Tim Shaffer and fellow Pennsylvanian Mark Smith start on the front row after both winning their heats.

On lap 11, the "Steel City Outlaw" gets Smith in traffic and it’s history after that. It took just five races with Heffner Racing for Shaffer to find victory lane and now he’s the king of the 360. The first night, Shaffer finishes second and the third night, unfortunately, cancelled because of weather. Shaffer finishes tied for first in points and Smith in 4th.