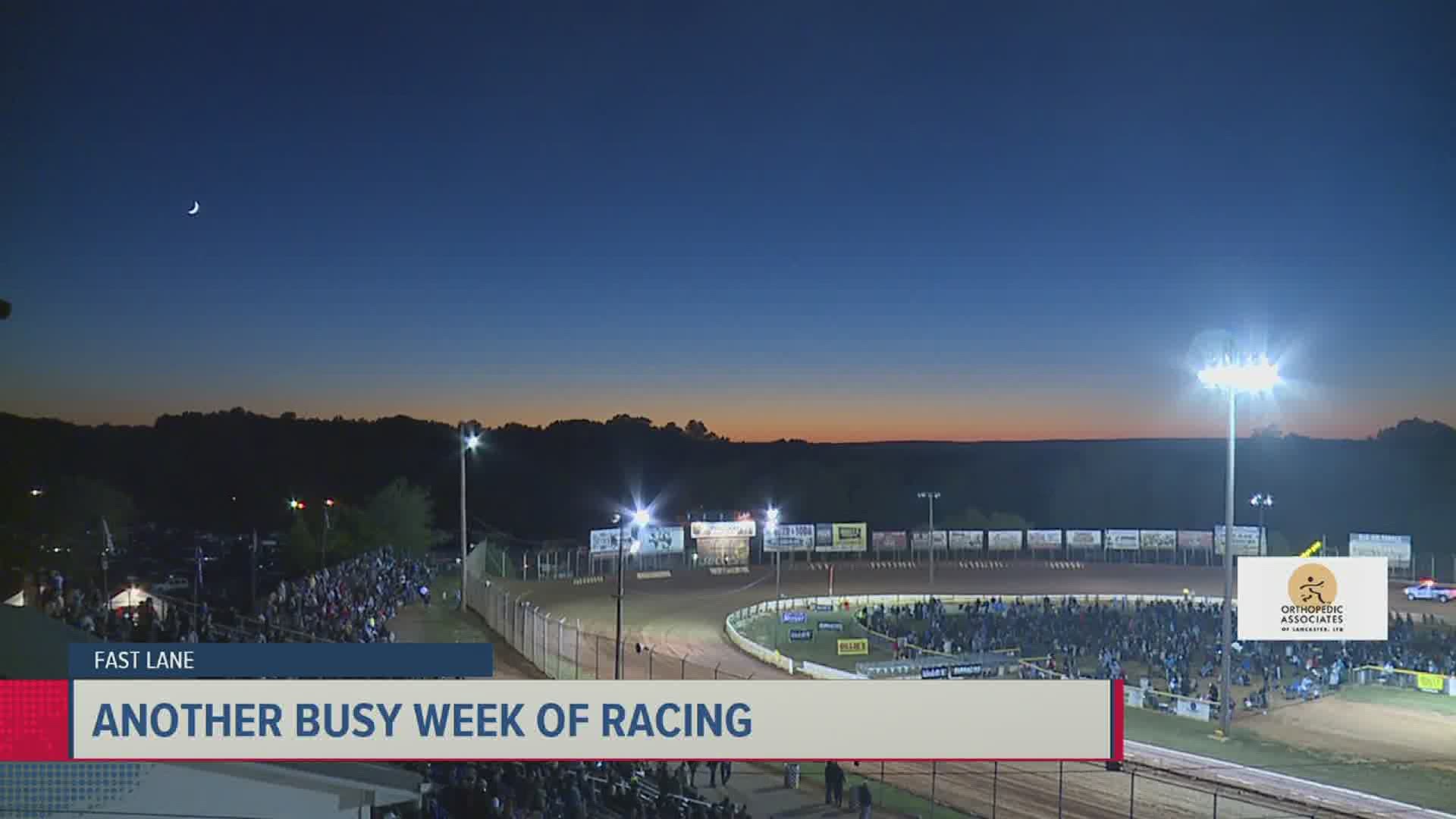 Dirt Classic: As the end of the 2020 racing season is in sight, lately, around Central Pa tracks, it seems like there's a big race, with a big purse every weekend.

Saturday was the seventh annual Dirt Classic at Lincoln Speedway. Fifty-three cars hit the track for a qualifying, double heats and C through A features.

The more points the better standing.

Kyle Larson won Lincoln's race on Wednesday, won the Kevin Gobrecht Classic at BAPS for the first time on Thursday then Friday finished third at the Grove. But Saturday night, he had the most points heading into the A-Main to start on the pole.

Larson led every single lap of the feature to be the first non-Pennsylvania driver to win the Dirt Classic.

"It’s been a really good year for us in Central PA. You know, winning Speedweek points and just winning a lot of races, here. It’s been special but I look forward to race around Central Pa even more," said Larson.

Pittman: This past weekend was the final time, World of Outlaw driver Daryn Pittman would race in the No. 83 Roth Motorsports, 410 sprint car, and in front of his home crowd, Pittman won the feature at Lawton Speedway Friday Night.

Spencer Bayston is set to take Pittman's place in the No. 83, as for Pittman, he rejoins Mike Heffner and will finish out the 2020 Outlaw schedule in the No. 72.

Schuchart: The World of Outlaws traveled to Devil's Bowl Speedway for the Texas Outlaw Nationals.

It's been since mid-July, when Shark Racing's Logan Schuchart last landed in victory lane.

Saturday night, halfway through the race, Schuchart made his way from fifth to the lead.

He never looked back and won his sixth race of the season, just a week after, his teammate Jacob Allen, won his first career Outlaw race.