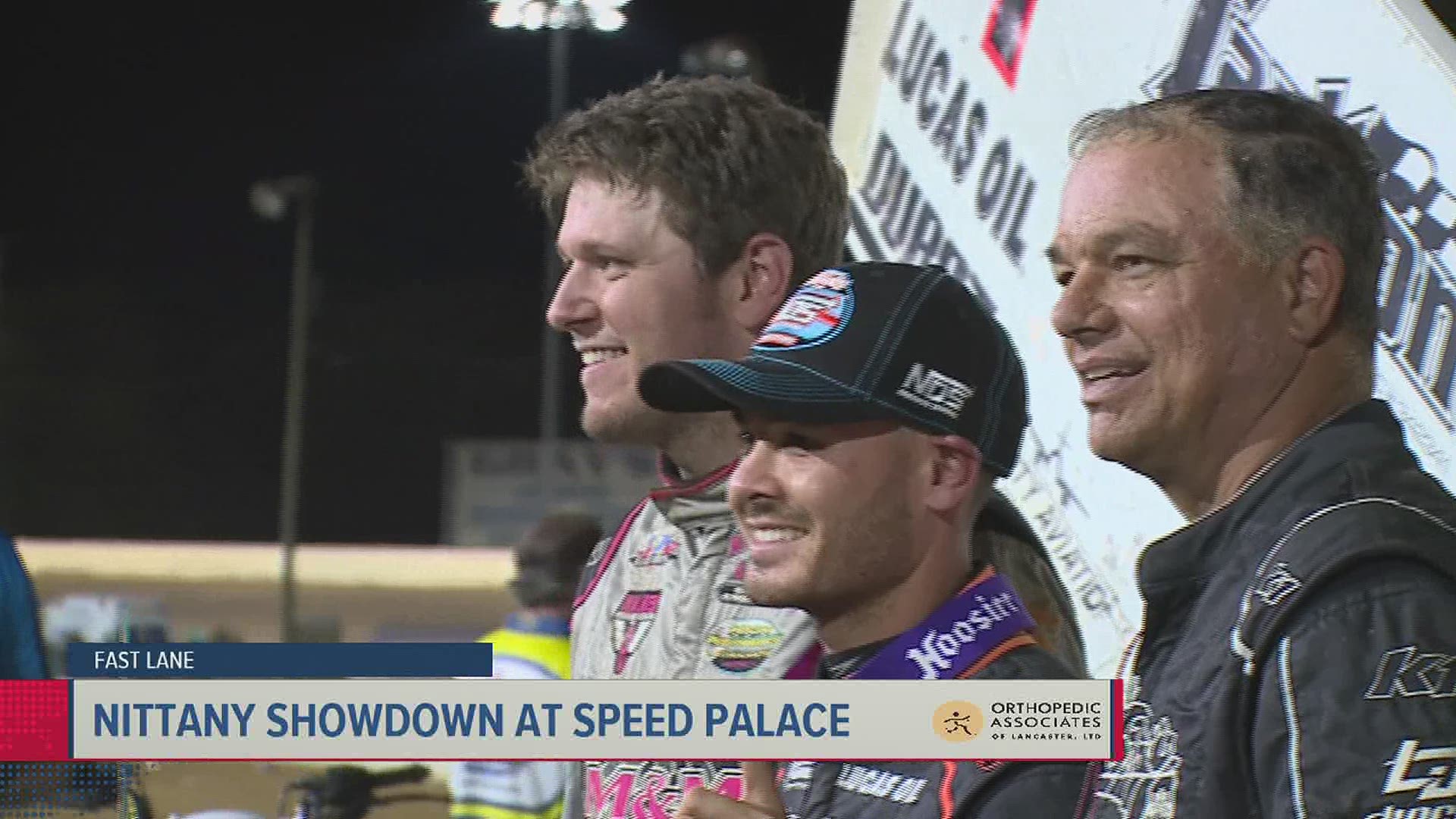 Hard to believe it's already the end of the road for the 410 sprint car season at Port Royal. The Outlaws and some invaders were in town for two nights of action.

No surprise, Kyle Larson started on the pole and leads every lap to win the first night. The second night a little more of a challenge to land himself in victory lane.

While the first flight of qualifiers were on the track, Anthony Macri and his team were busy in the pits swapping out motors. They finish in time to lead off the second flight.

The luck of the draw gave Lance Dewease the pole for the Fast Pass Dash and left the sixth starting spot to Larson. Dewease won the dash as Larson moved up to fourth.

TJ Stutts won the non-qualifier as Danny Dietrich fought off James McFadden to win the B-main after finishing second to Larson the first night.

The Pa Posse lead the field to the green flag for the 30-lap feature with Dewease and Macri on the front row.

Five laps in, Dewease has a little trouble in turns one and two and slams the wall. Which then gave Larson the ability to close the gap. With lap traffic playing in Larson's favor, he was able to pass Dewease with 19 to go.

Bad luck hurts Macri as he shredded the right rear to take him out with 12 left.

The excitement really picked up. Larson was having some trouble getting through lap traffic. With three laps to go, Brent Marks pulled the same move as Larson pulled on Dewease earlier in the race. As soon as Marks had Larson cleared and was ready to pull away, the caution came out and named Larson still the leader.

On the restart, Larson blocked Marks from getting a run on him then just pull away from the field to win his 41st race in 81 starts in 2020.

“The race could have been over, had that caution not come out. I didn’t do a good job in traffic, pretty much, all race. You know, I got the lead but as I was a leader in traffic I just didn’t do a good job and Marks ate me up and the caution came out. Sometimes you need to be lucky and tonight we were fast and got us into a position to be lucky to win but it was nice seeing that yellow flag come out," said Larson.

Hanover's Logan Schuchart named the hard charger after moving up from 12th to finish fourth. He's now just 32 points back from Sweet in the standings.

Larson's next race will be this coming weekend for the Late Models Dirt Track World Championships. The purse is worth $100,000

The Speed Palace was also in action Saturday night with the 305s. The 2020 IMCA Series Champion and current Port Royal points Leader, Garrett Bard went for a wild ride after he got up over the cushion in turns one and two. He was able to walk away from the crash.

Derek Hauck was just too strong for the rest of the field. He won his very first race and he's the 13th different driver to win in a 305 this season.