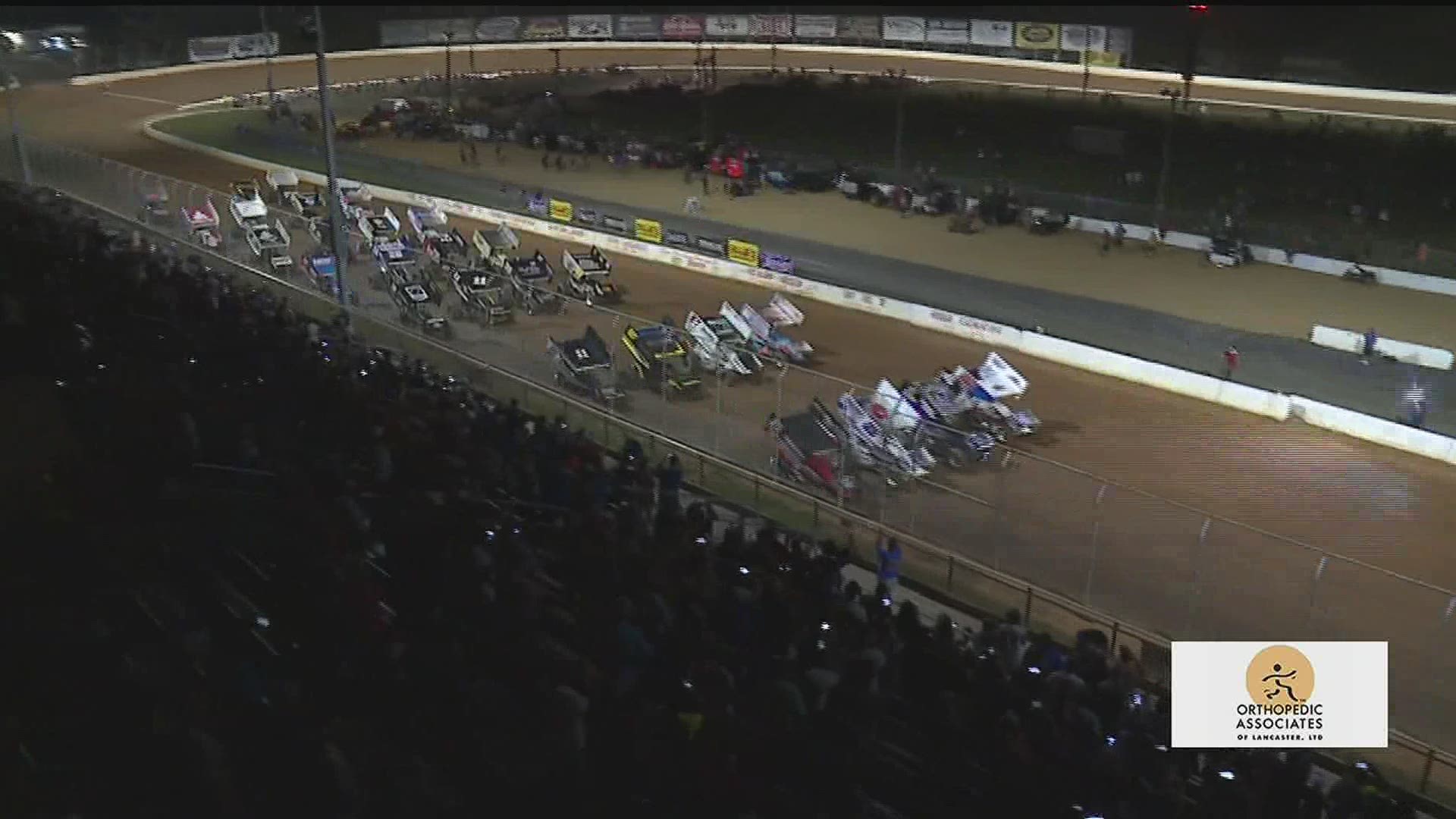 Williams Grove (Tommy Hinnershitz Classic): Friday night at the Grove kicked off a big weekend of racing around Central Pa tracks. It was the Posse verses the All-Stars with a few Outlaws and Invaders, like Kyle Larson in the mix.

Anthony Macri had a strong showing early, winning his dash to give him the pole position for the A-Main. Marci was looking to win his first 410 sprint car race at Williams Grove but with three laps to go, Larson drove to the bottom of the track to advance his position on Marci.

Larson went on to win his second race at the oval.

Port Royal (Bob Weikert Memorial): As a sprint car owner, the 1998 Sprint Car Hall of Fame inductee, Bob Weikert, won over 500 races in his 30-year career before passing away in 2002.

For the fifth consecutive memorial race, Danny Dietrich races the iconic Weikert's Livestock #29. A bounty was set for anyone who could beat Dietrich.

With the Luck of the draw, Tyler Bear started on the pole for the A-Main but his time up front doesn't last long. Brent Marks took the lead in turns one and two.

Larson is now just a few races under from reaching Bob Weikert and Doug Wolfgang's incredible 1985 season of 50 wins.

"It would be hard to get to 50 (wins) but the most I ever had in a season before was 30. So, I definitely want to beat that and right now we're on a pretty good track to do that. It's definitely special to win a lot of races but to win some important, prestigious race. It means a lot, too," said Larson.

After the 410 sprint cars, the 305s hit the track. On lap 11, Garrett Bard passed Nathan Gramley. Bard pulled away to land himself in victory lane.