Kyle Abrahims had a dream of working in NASCAR. In 2020, he landed his first job in the Cup Series. 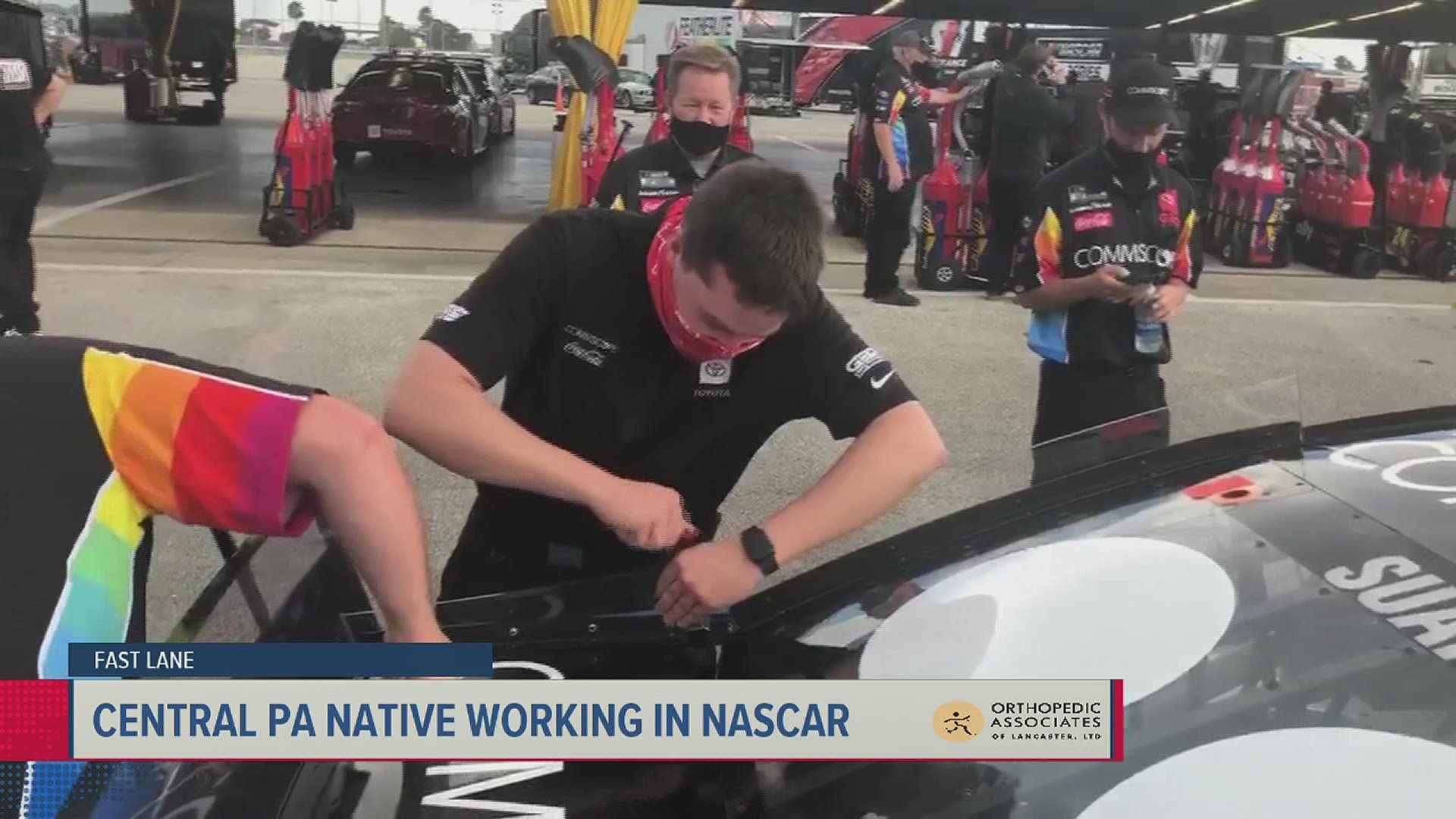 SPRING GROVE, Pa. — Everyone has their own unique story in 2020. A year of uncertainty became an opportunity for Kyle Abrahims of Spring Grove, York County. Ever since he was a kid. Abrahims has had a dream of someday working in NASCAR.

Two years ago, as a sophomore in college, he took a few trips to North Carolina. Handing out resumes in the hope of landing an internship. Abrahims didn't just land one internship, but three at Stewart-Haas and says his dirt background from living in Central Pennsylvania, helped him.

“Growing up at the dirt tracks around Central PA and growing up as a kid, NASCAR was the biggest thing. And really my dirt track background helped me get in the door and once you get her. You make the adjustments to the cars. You’re still at the end of the day trying to make a dynamic machine go fast and turn left. No matter whether it’s on dirt or asphalt."

As he was gearing up to graduate from York College in May. An opportunity came across that he just couldn't pass up. His first full-time job in NASCAR. Abrahims' first job on the top racing circuit was with Gaunt Brothers as a race engineer.

“We’re information givers. We take tons of information. Whether, it’s given to us through NASCAR or through feds or tests that we conduct. On rigs that we develop or anything else and then give that information to the crew chiefs that come up with a final setup decision.”

As a new season is set to begin in less than two months, Abrahims recently signs with Joe Gibbs Racing in the NASCAR Xfinity Series and still as a race engineer. Whether in season or not, he says they're able to test a setup without even putting the car on the track.

“Input everything about the cars; springs, shocks, chassis then it will output every simulated lap around the track. With all your given parameters that you want to look at including heights, aero attitude and all that kind of stuff.”

That came in handy when NASCAR cancelled practice sessions during the 2020 season.

Abrahims' goal doesn't end at being able to work in NASCAR. He hopes to one day become a Cup crew chief.

“Three years ago I didn’t even think I’d be in NASCAR. It’s half emotional. Everyone needs to have a dream and my biggest thing, I’ve grown up, hard work gets you places. Then having a dream and know where you want to go. Keeps you motivated to work hard.”