After PA speedweek, Esh steps away from the No. 33 and finds a ride in Chiappellia Motorsports No. 98 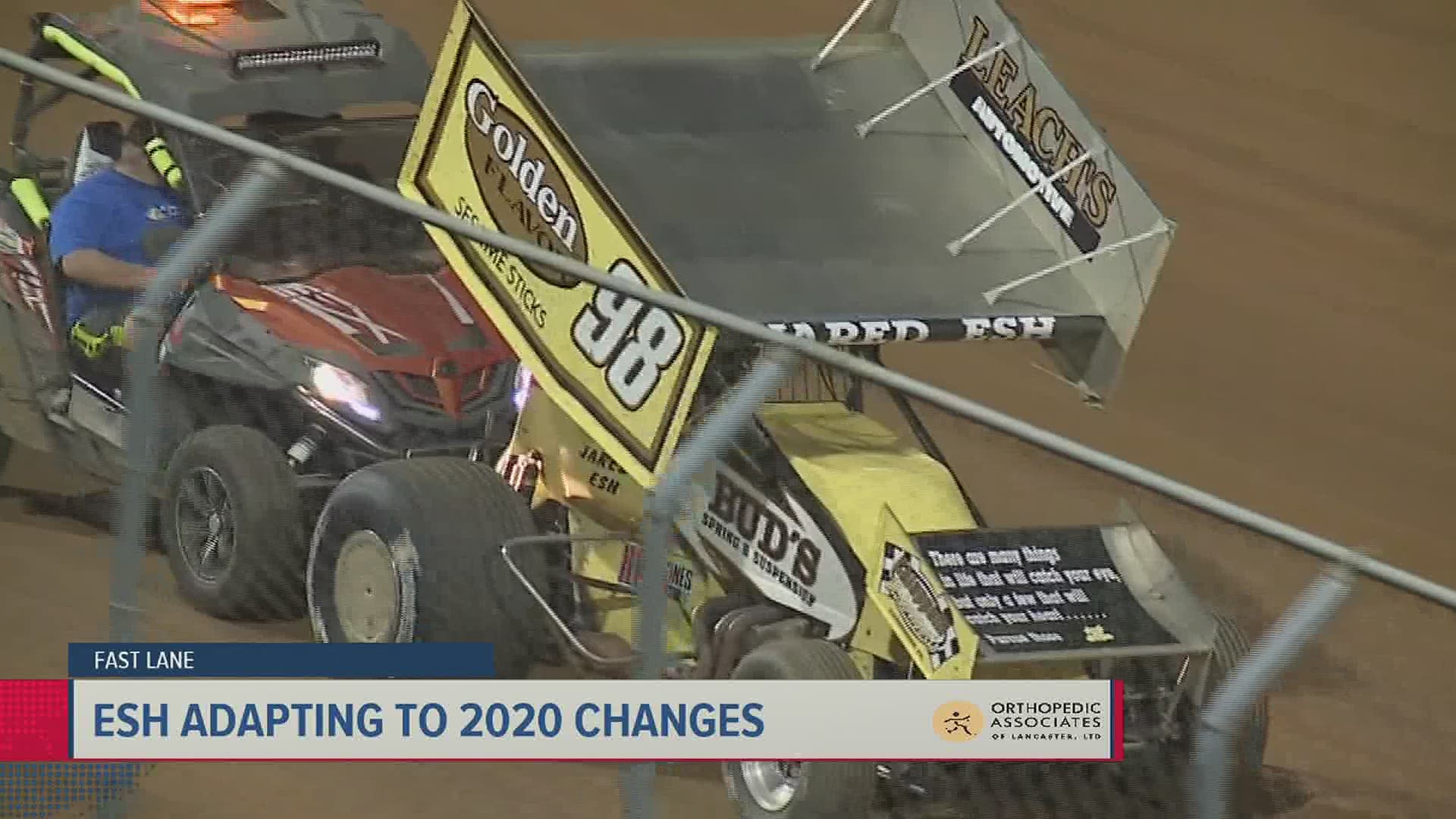 A lot of changes happened in the middle of the season around Central PA – one being Jared Esh leaving the No. 33 and installing his seat in the Chiappelli Motorsports No. 98.

After Esh parted ways with the No. 33, he didn't know if he'd race the rest of the season. Just when he thought his 2020 season was done. Within two weeks, the No. 98 became available.

And it just so happens that he continues to follow in his dad Doug's footsteps – who also raced in the No. 98 in 2013.

Jared said it was an easy transition, personally knowing the car owners – Tom and Fran Chiappelli.

“I had that on my side which was very helpful. There wasn’t that awkward trying to learn everyone and get comfortable in the car. The big part of getting the people and gelling with the team was pretty easy. I got fortunate enough to bring two guys that were working on the No. 33 with me to come along and help. So, there really wasn’t a lot of changes. Just get in and go and it worked out great.”

Esh nearly wins his first feature in the No. 98 just a race or two in the drivers seat at the Speed Palace. Port Royal is still the main focus but Esh says they will branch out and add races at Williams Grove in 2021.

As he gets ready to start the season in March, the current pandemic still has a lot of uncertainly behind it.

“It’s tough for me. The anticipation behind it. I get a little winter depression but I know in march, that’s all going to go away. Where I don’t know if that’s going to happen this year. So it’s tough. The uncertainly is very difficult but it’s like that for the rest of the world so I guess we’ll just deal with it and take it as it comes.”