Port Royal hosted a doubleheader for their first weekend back and Trail-way opened Friday night with three divisions. 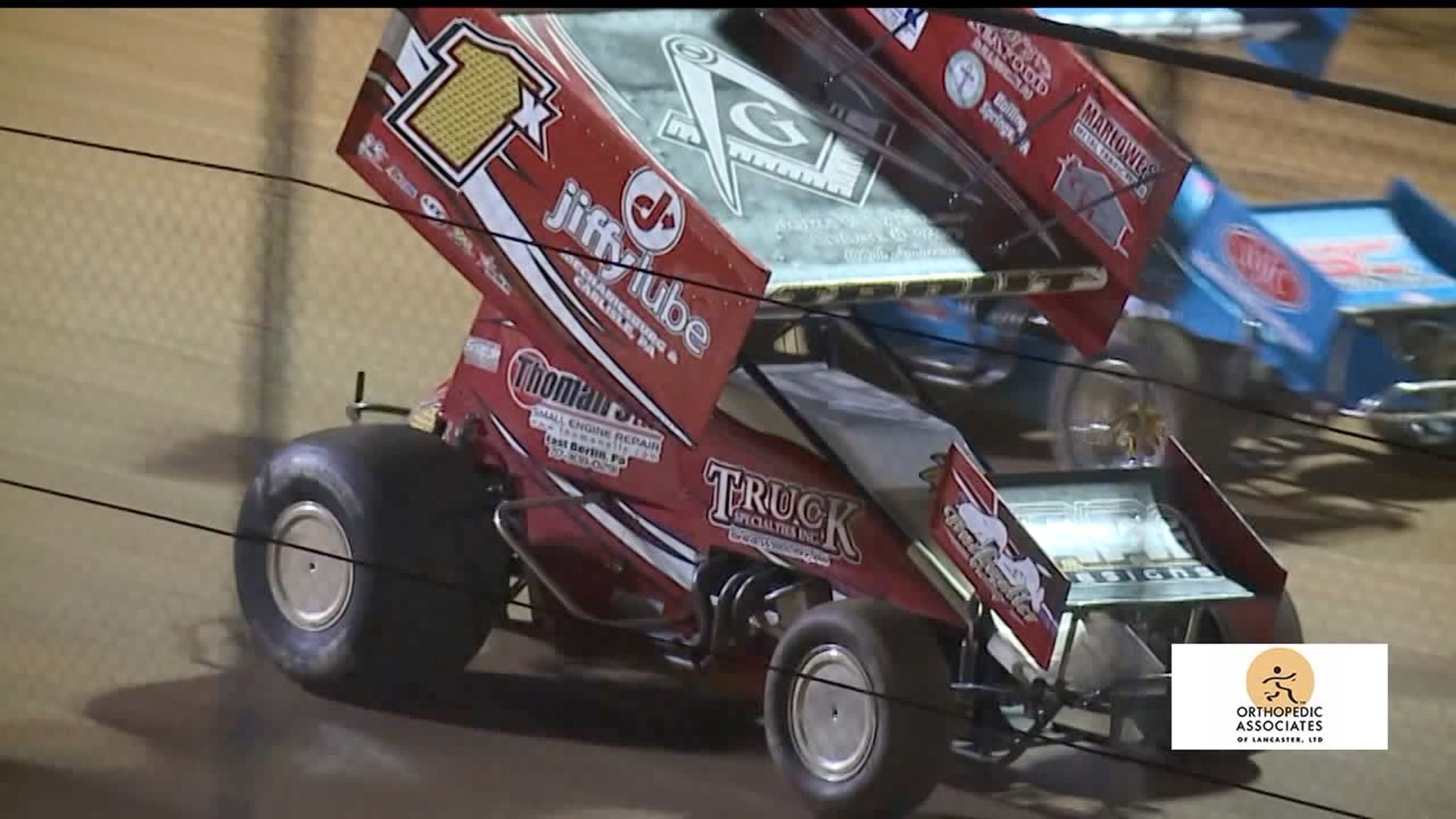 Lincoln Speedway: Before the green flag waved and the cars hit the dirt at Lincoln Speedway Saturday night. They honored and paid tribute to fallen firefighters for the ninth annual Brandon Little Memorial Race. Brandon was just 19-years-old when he lost his life responding to a fire call.

Six months after his accident, Brandon's family teamed up with Lincoln Speedway for the Fallen Firefighters Memorial race. It's been an annual race ever since.

“It’s just something that keeps me going so I don’t break down," said Keith Little, Brandon's father.

The event at Lincoln Speedway helps benefit the Nationals Fallen Firefighters Foundation. They have raised over $25,000 in the first eight years.

A special wrap on a car in each division, Ashley Cappetta in the 358s and Brian Montieth in the 410 sprint cars.

For the last six years, Cappetta is not only a driver but also a volunteer firefighter.

“It’s emotional in a way,' said Cappetta, driver of the #89 358 sprint car. 'Especially, when they start talking about our fallen brother and sisters. People don’t realize sometimes when those tones go off.. what that truly means. You don’t know what danger someone is in. You don’t know what you’re showing up to and, unfortunately, some of us don’t go home.”

Before the races started, they blessed the helmets from area stations.

Freddie Rahmer leads all 33 laps of the A-Main to nab the $5,000 purse. Thirty-three laps in honor of the fire station Brandon was a volunteer at. Scott Fisher pulled double-duty, running the 410s and 358s. He takes the checkered in the 358s.

All-Star Circuit: The All-Star Circuit keeping quite busy, racing nine times in 11 days around tracks in the Mid-West, "Thunder Through the Plains." Brock Zearfoss and Danny Dietrich capitalize off the nearly two weeks stretch of racing. Thursday night, at Southern Oklahoma Speedway, Zearfoss takes the lead at the half way point and never looks back as Dietrich stayed occupied with Dominic Scelzi racing for second. That was Zearfoss' first All-Star win of the 2020 season.

Friday night, it was Dietrich's turn. In dominating fashion at Monarch Speedway, he wins his heat, wins the dash, starts on the pole and wins the A-Main, also, for his first All-Star win of the season.

BAPS: Thursday night racing at BAPS Motor Speedway. The Super Sportsman did not disappointment. The finish came down to a one lap shoot out. Russ Mitten, Kenny Edkin and Chase Gutshall were three wind in turn one. That only meant trouble for Gutshall. Mitten slid up the track and rammed Gutshall into the wall. Edkin has a clear escape to the checkered flag. Impressive night for Edkin. He races from 17th to 5th in just three laps and ends up winning his third race in a row.

"Ever since these guys (BAPS), got the green light to do some testing. We probably ran over 200 laps before the beginning of the season, so we got ourselves dialed in pretty good," said Edkin, driver of the #75 Super Sportsman.

Smaller field for the 358s. It was the Doug Hammaker show. He bolts from 4th to the front and pulled away from the field by a half a lap to land himself in victory lane.

Trout's new shop and reboot to the season: After a rocky start to 2020, the local dirt track racing reboot has brought Chad Trout and his team success. He's in his third year with a new owner and mechanic.

"Between Randy getting us the equipment and Brandon being a driving coach and our equipment being better, it kind of put the whole package together and just made out team excel," Trout explained.

Trout led every lap of the A-Main in the second race back at Lincoln Speedway to land himself in victory lane for the first time in 2020.

Just days before going back to racing, Trout moved into a brand new shop. His heat source comes from radiant floor heat, setting a water temperature to run through the floors to heat from the floor up. They also added a new parts wash bin, a shock dyno and a new LED lighting.